On a long weekend with we did what any Sydneysider does: we hit the highway for a mini road trip. Exploring the magical land of Oz by road is, it was soon to dawn on me, a quintessentially Australian thing to do, for it is a land of trailer parks, motor-hotels (motels), caravan enthusiasts and dedicated campers. It's somewhat of a cliche to state that Australians live their lives out of doors but they really do. We shared the roads with all manner of vehicles ferrying everything from surf boards to boats to caravans to bikes. It was a mass exodus from Sydney - and we were part of the great extended weekend getaway, a well-rehearsed pilgrimage to the beaches, to the rainforests and to the national parks. Almost every demographic was represented out on the road: elderly couples travelling bush-ward in their motor homes, dogs sitting in the 'tray' of their hillbilly owner's Ute travelling at 110kmph, and young straggly hair types speeding by in graffiti-sprayed camper vans for a wild and loose weekend. It was my first Aussie road trip since making the massive move Down Under - and I was excited.

It sounds trite but the journey we undertook was a destination in itself. The thing about Australia is that you never really know what you're going to happen upon next. Our drive both southward and then northward took infinitely longer because of frequent pit stops to enjoy spectacular views, those oft tantalisingly signposted as "Lookouts", or because of evocative names like "Ship Wreck Beach","Seal Rocks" or "Boomerang Beach" - place names straight out of central casting for any Aussie soap you've ever watched. Moreover, keep your eyes peeled on your drive and you better your chances of seeing native Australian wildlife which, luckily for me, included a kookaburra and kangaroos. Unfortunately, however, a reality of driving in Australia is the inevitable sight of road kill. Expect to see wombats, wallabies and, more often, human-sized kangaroos slumped by the roadside. Such traumatic sights appear so quickly that it is impossible to avert your eyes in time. On a more heartwarming note, lift your eyes a little skyward when driving through forested areas, especially forests of Eucalyptus gum trees, and you may just spot the koala walkways crossing from one side of the highway to the other. Whether they use them or not is anyone's guess but they are heartwarming to see nonetheless. I took great delight in the unusual place names sprinkled along our journey, fantastical names like "Jamberoo", "Coolongolook", "Moonie Moonie" and "Bulahdelah". I have to admit that I found it all too tempting taking, as I did, to enunciating each through my faux-Aussie accent like a child learning a new language. Undoubtedly I failed dismally (for example, "Wagga Wagga" is pronounced "Wogga Wogga" and "Geelong" is pronounced "Jallong"), but id did help to relieve a little of the tedium of such a long road trip as this. More seriously, these ancient place names rest uncomfortably, even jarringly so, alongside those brought over by the British when Australia was a penal colony - a veritable dumping ground where the British Empire would offload its crims and "ne'er do wells". Among the British place names spotted along the route were "Scarborough", "Newcastle", "Hexham" and "Wallsend". Of course, the recycling of names from the British Isles for places 11,000 miles away which themselves bear no relation to their British namesake appears to me to be quite absurd and an affront to the history of this land. Thus, Australia's controversial recent history is, quite literally, writ large on road signs dotted along its highways. On any long journey, the risk is that you will nod off and miss this valuable historical and linguistic lesson.

Our route from Minnamurra in the south to Port Macquarie in the state's Mid-North, despite being over 1000km, covered a pathetically modest slice of the state. However, the sheer abundance of beauty and the diversity of sights created a feeling that we had, in fact, experienced several countries in quick succession; Amazonian-like Jurassic-era rainforests which punctuated our walks out in the bush; the beautiful paradisal beaches which would give any tropical island in the Caribbean a run for its money; the lush green pastures of rolling fields full of sheep which conjured up 'old' South Wales in my mind and, perhaps most incongruously of all, the giant sand dunes which, with a little blurring of the eyes, could have been in the Western Sahara. Indeed, the dunes at Worimi Conservation Lands come with an impressive superlative: they are the biggest shifting sand dunes in the Southern Hemisphere.

The beautiful harbour at Wollongong - built by convicts. 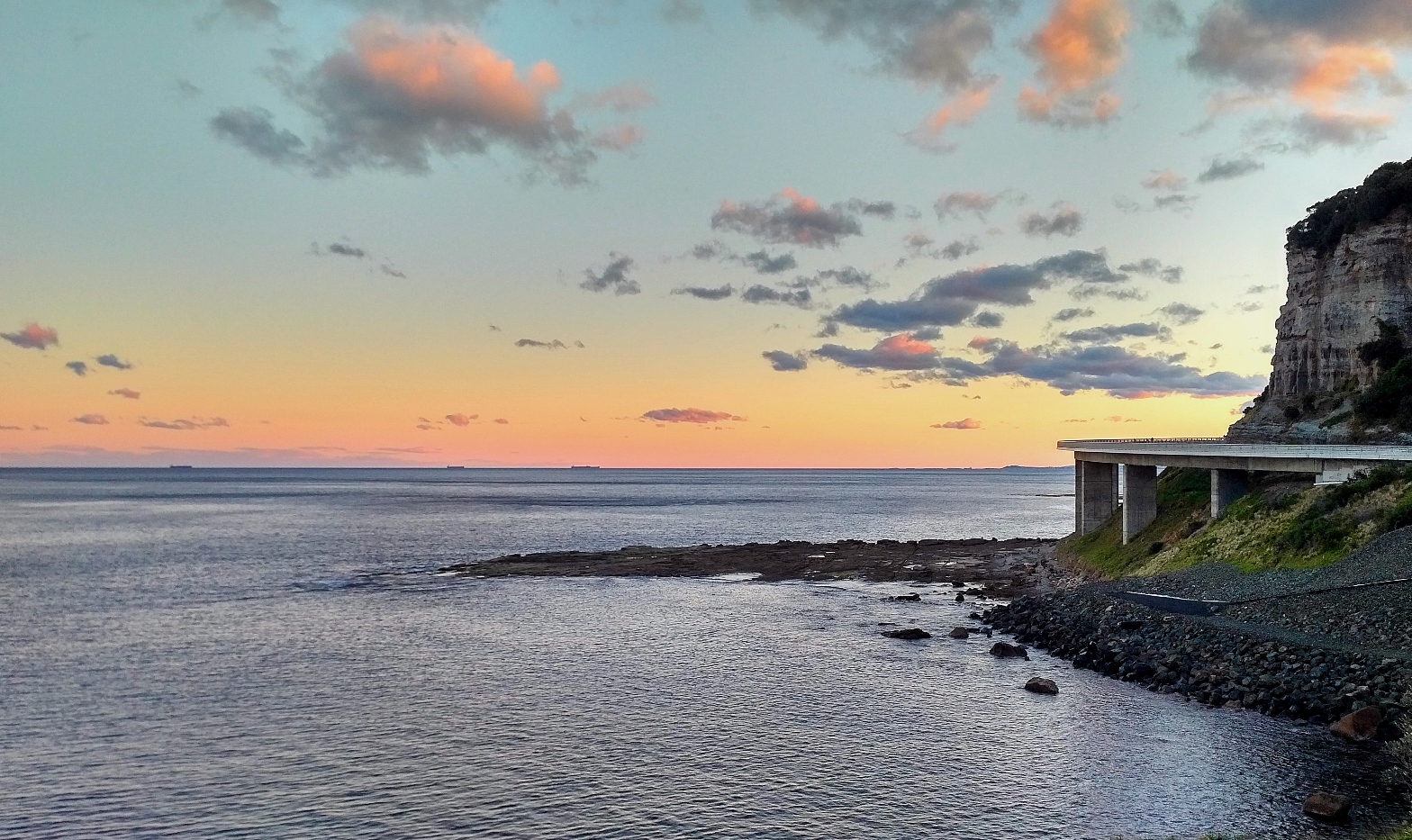 The spectacular Sea Cliff Bridge at sunset in the northern Illawarra region of New South Wales. 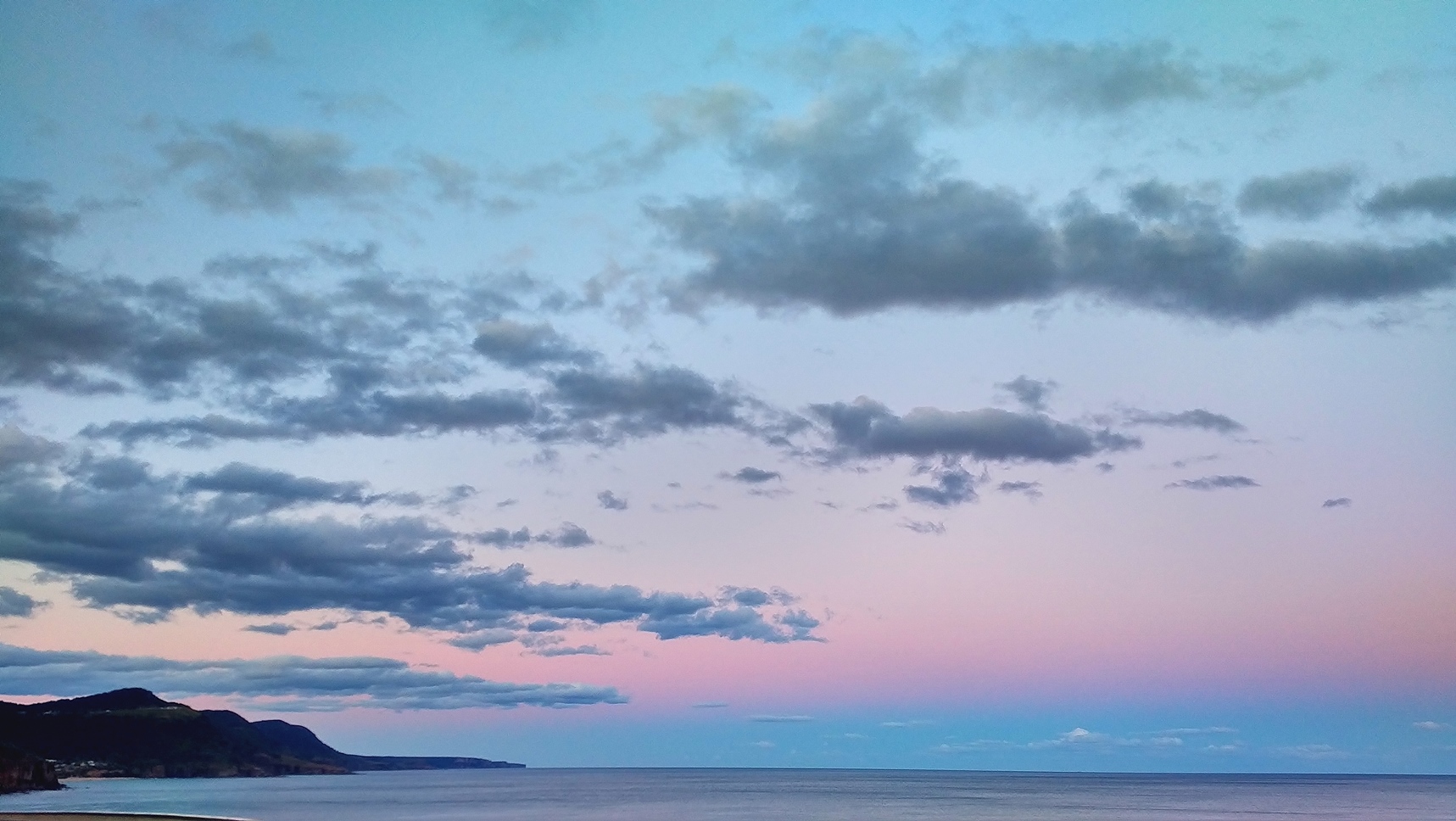 As the light fades at the Sea Cliff Bridge the oranges and yellows are replaced by pastel pinks and blues. Serene. 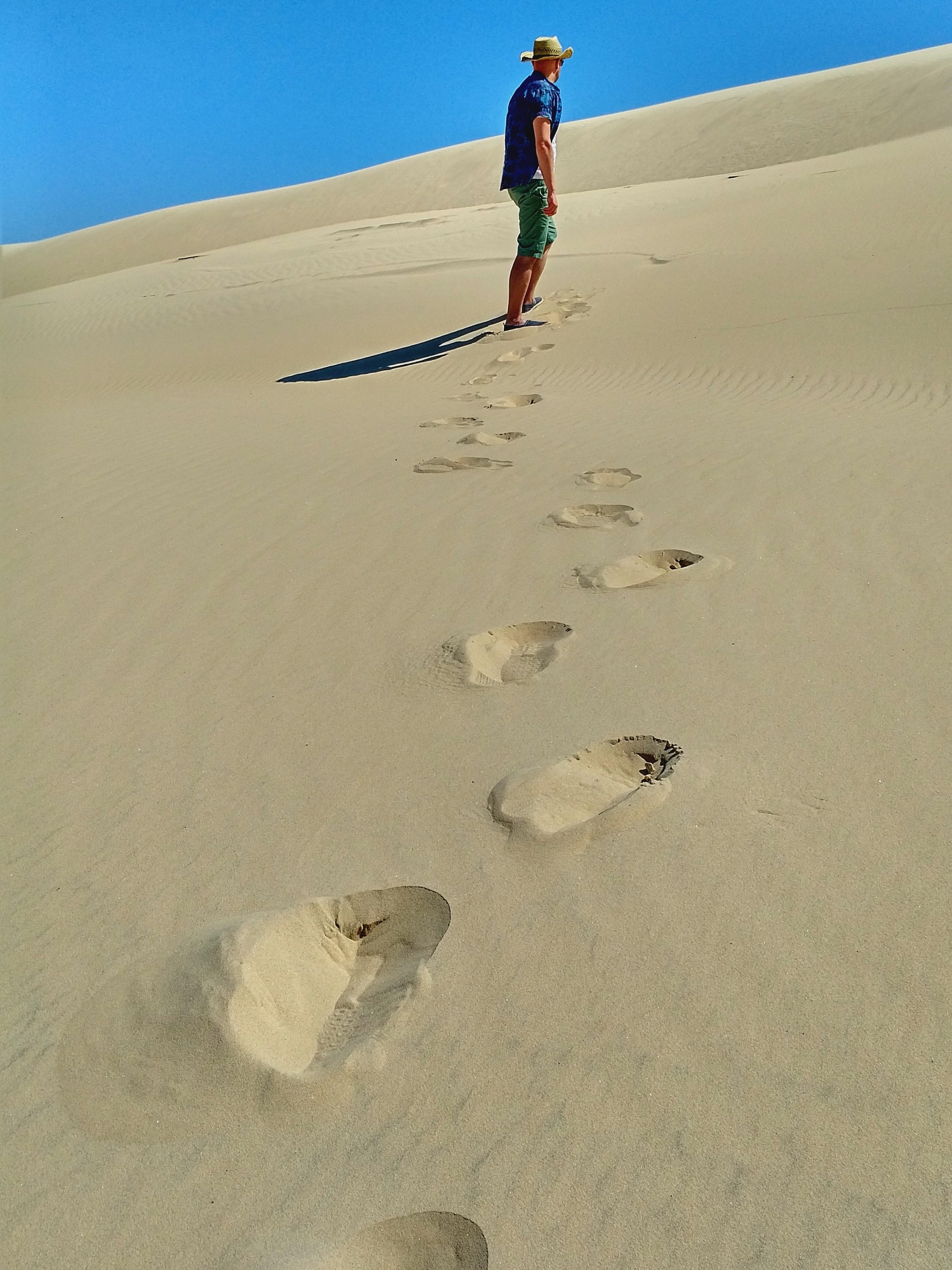 Climbing the giant dunes at Worimi - the largest shifting dunes in the southern hemisphere. 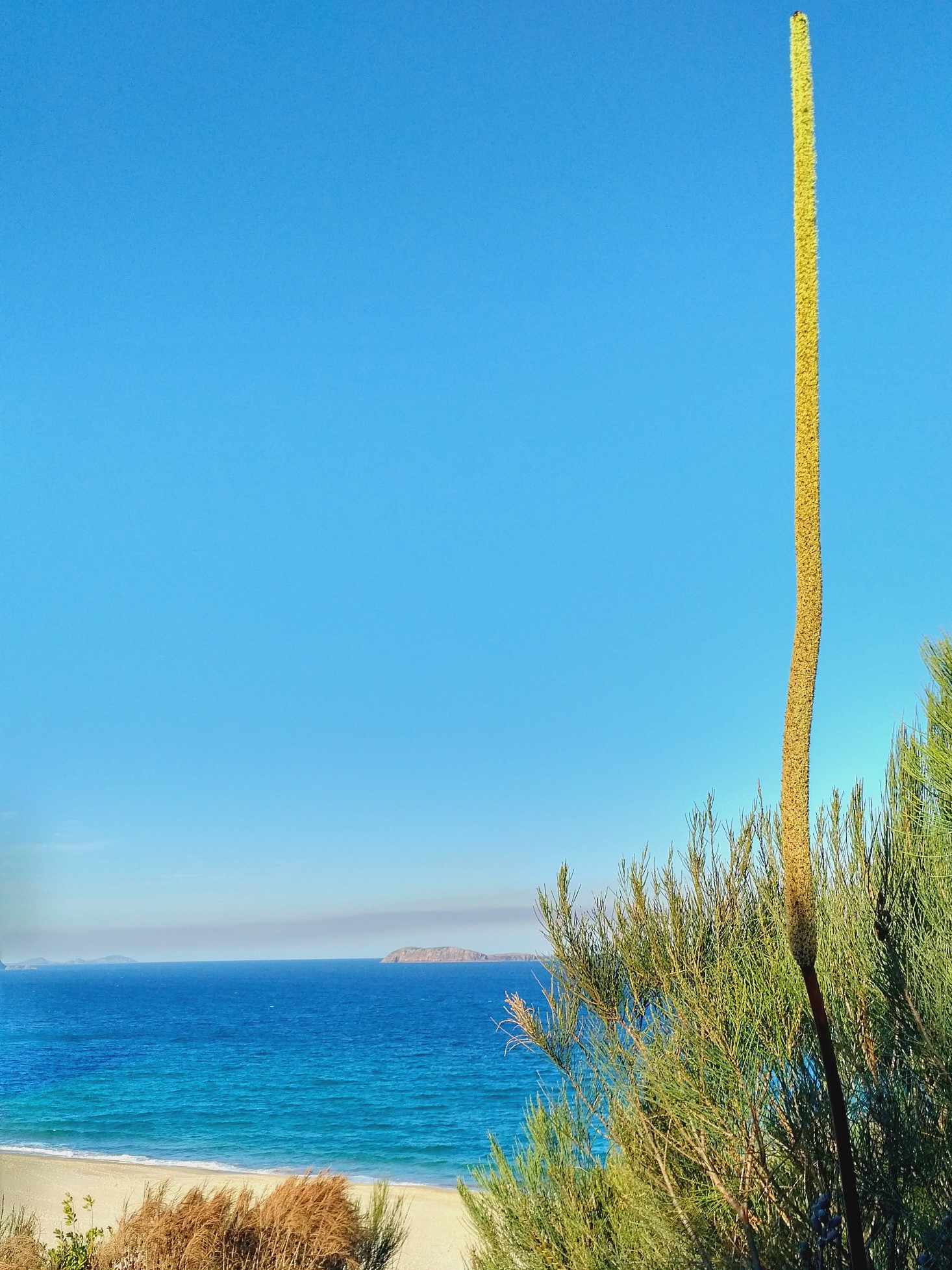 A giant stamen erupts from a plant at Ship Wreck Beach. 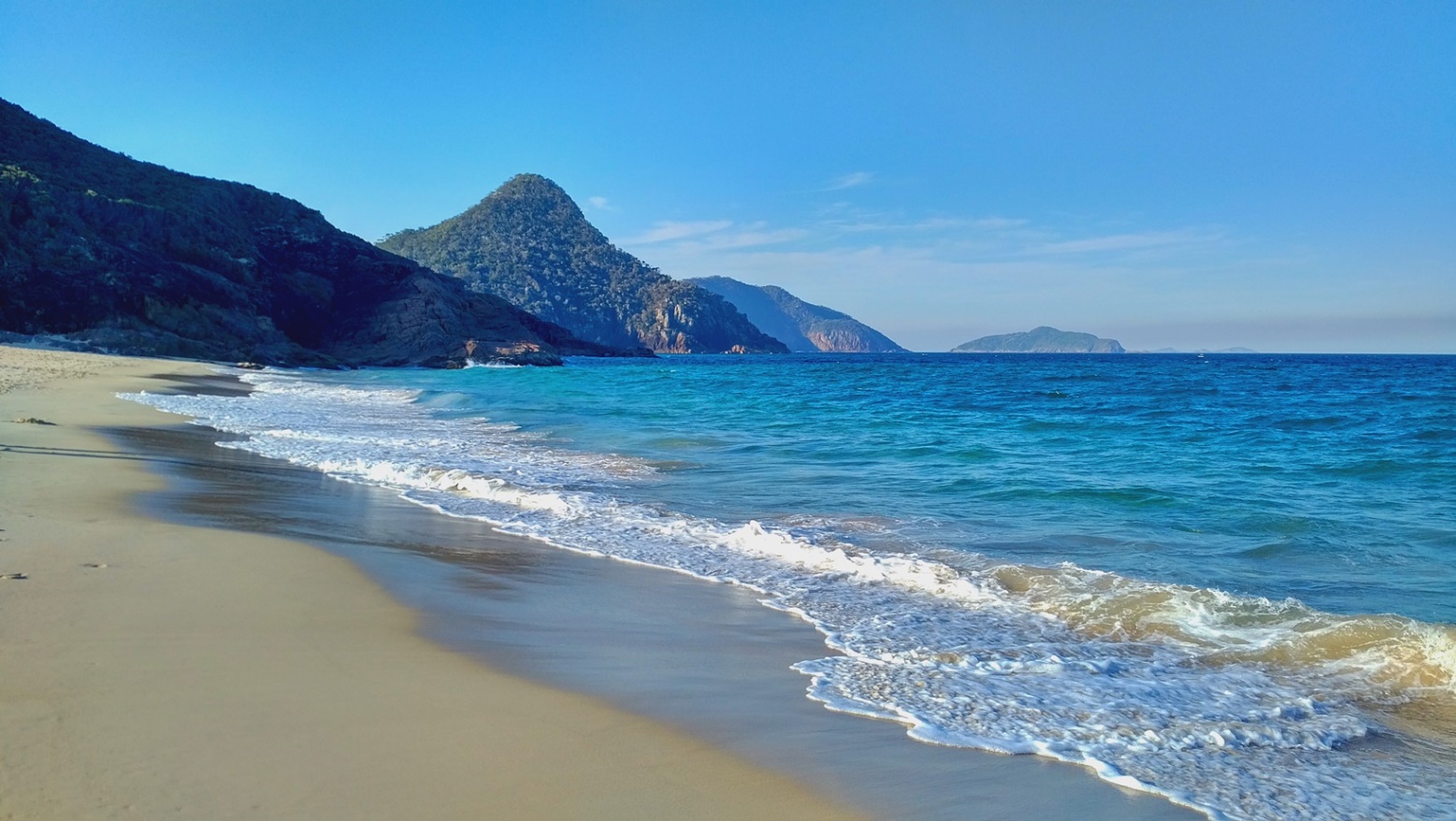 The unbelievable beauty of Ship Wreck Beach in the Tomaree National Park and, contrary to what its name may imply, there is no ship wreck . 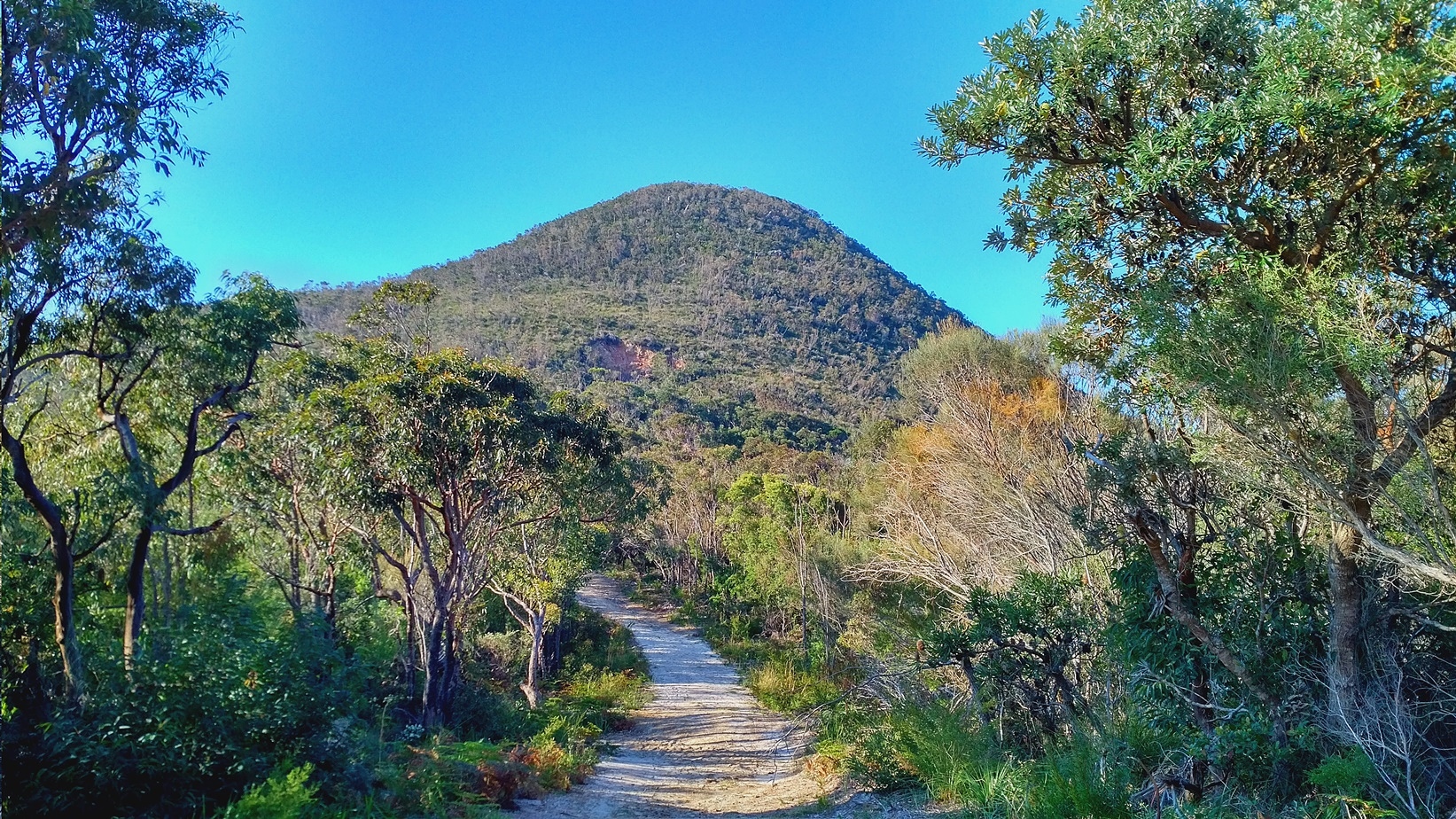 Mount Tomaree is the peak of bushwalking in Tomaree National Park. 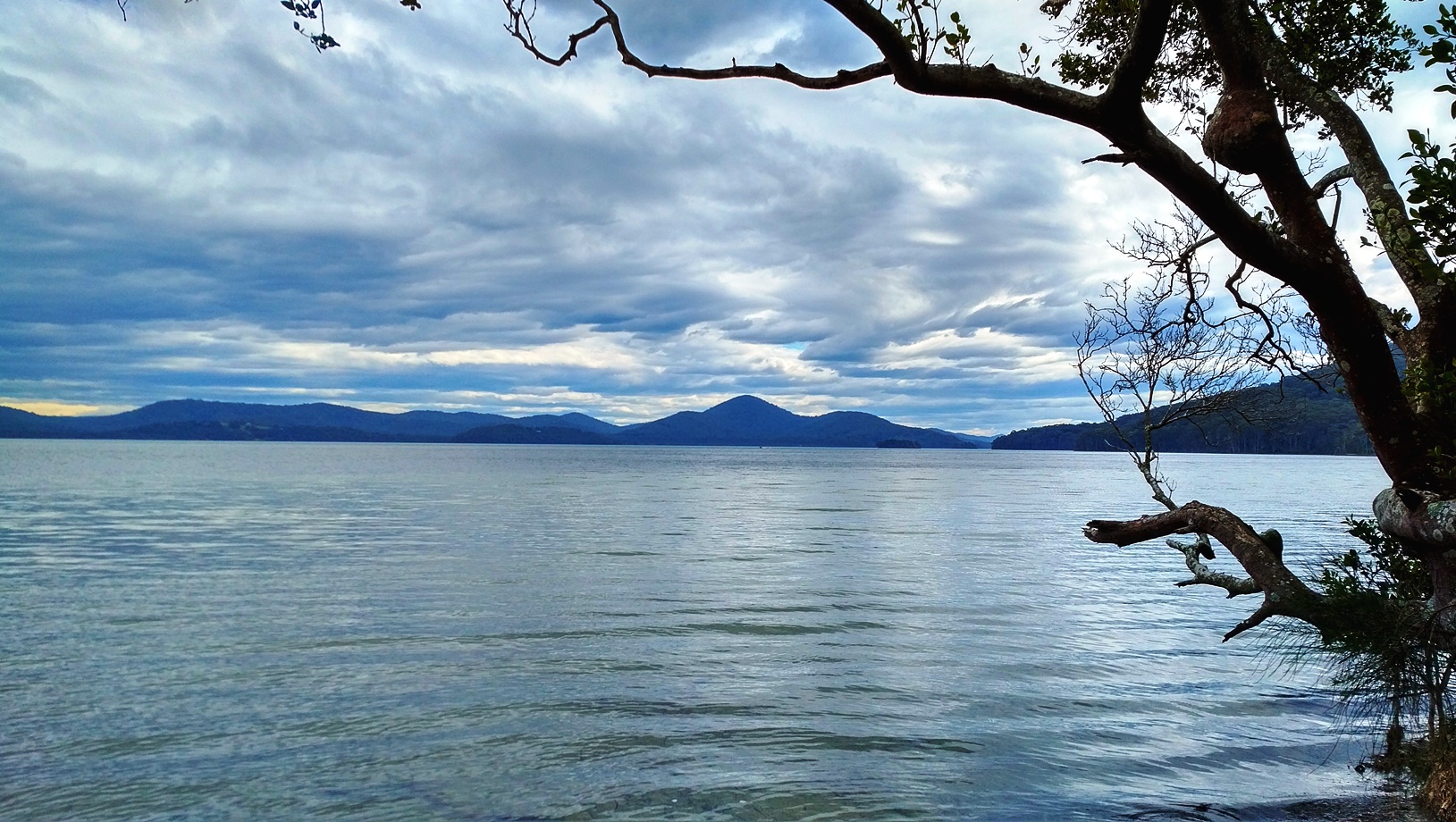 Pit-stop perfect: one of the many watery vistas which compel you to park up and just look. This is Wallis Lake at Booti Booti National Park. 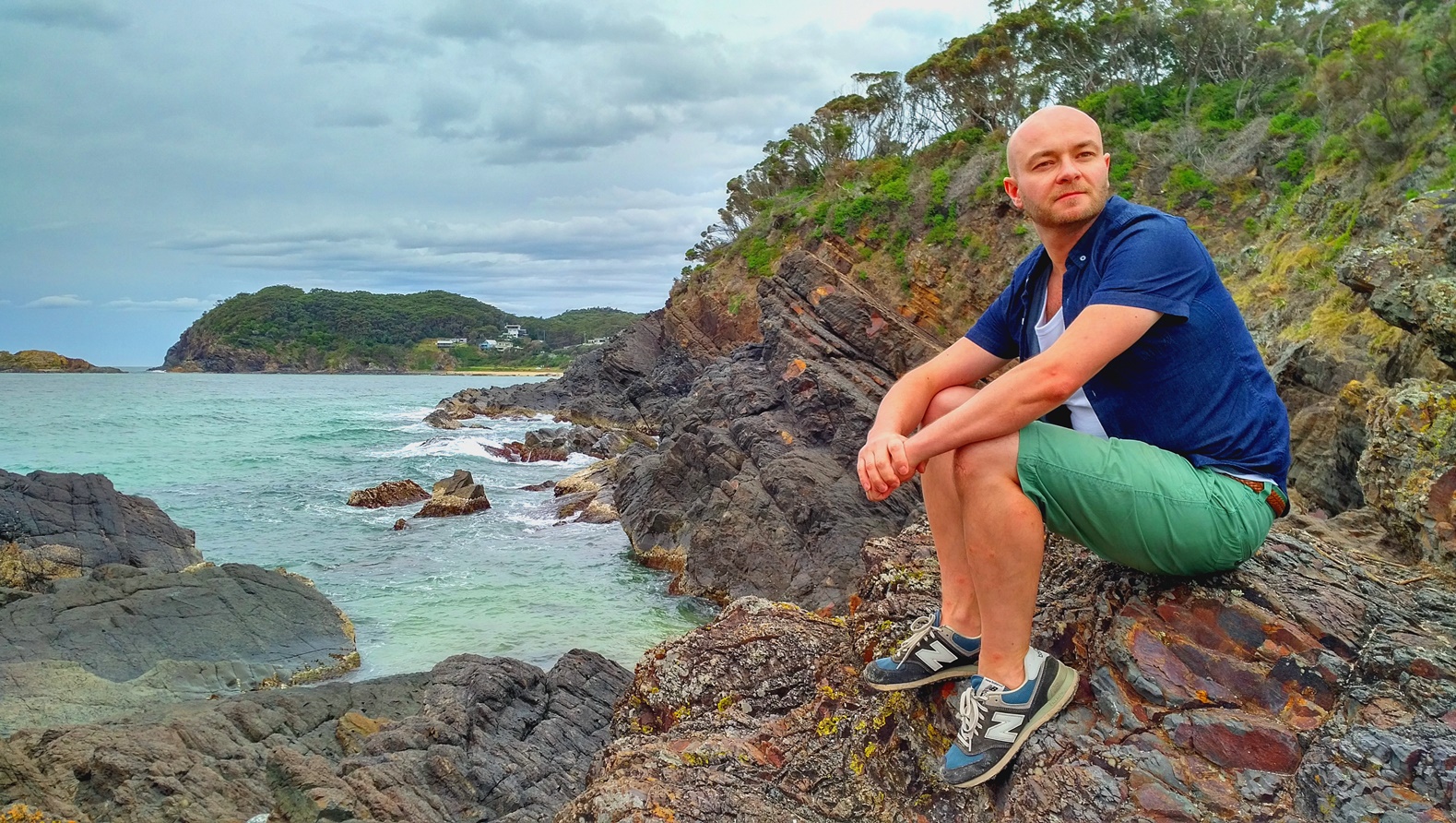 Such a lovely photograph of yours truly at Seal Rocks...until you notice all of the insect bites on my legs! It's an unavoidable travel hazard in Australia.