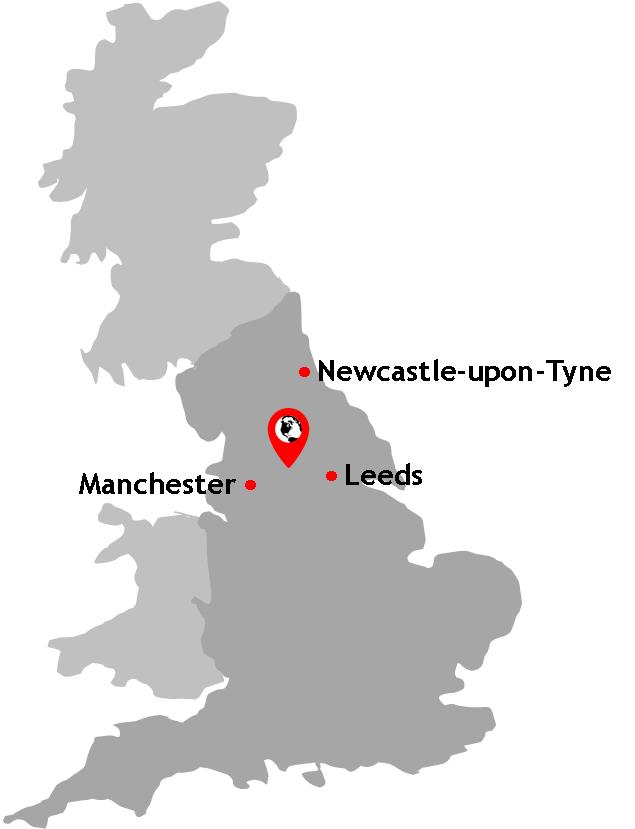 This Look North Chronicle takes its name from the BBC local news bulletin serving Yorkshire - the place where my adventures in northern England began. I'm not originally from the North and so living here always felt like a tourist experience. I was destined to be a tourist in The North - whether I liked it or not. Look North falls, technically therefore, within the realms of travel.

The weather-worn stereotype of Northern England is of a region characterised by dark satanic mills, intractable unemployment, pollution and red brick back-to-back terraced housing. It's also appreciated as a region of liberating honesty and friendliness, of cups of tea and freshly baked bread, of chats over the garden fence and fish and chips on a Friday evening. A London fish out of water, I opted to spend seventeen years here during which I learned much about the region and, indeed, about myself. There were reminders throughout my days here that I did not belong - not really. My accent was an obvious barrier - reminding myself, and others, that I was 'not from around these parts'. I experienced Northern England's sights and sounds through London eyes and London ears. I took interest in the things which differentiated this oft maligned region of England from the one where I grew up and, I suppose, that was the whole point of living here in the first place. I adored its evocative Victorian architecture, took great pleasure listening to its strikingly dissimilar accents and marvelled at its wild, windswept landscapes.

In hindsight it's difficult to ignore the significance: my life living in England's Midlands, the North, the North East and North West foreshadowed my more adventurous international journeys which were to come later andwhich now comprise the bulk of this site's content. Welcome to Northern England - a region I called home for nearly half of my life...

Leeds became my home in 1999 - initially moving to a one bedroom apartment in Burley opposite Yorkshire Television. Soon I moved out to the plush district of Roundhay, the more gritty Kirkstall, and several places in the Headingley district (of cricket ground fame). Leeds was meant to be for one year only but plans changed. I am rather glad it turned out that way. Leeds holds lots of firsts for me which is why I'll always think fondly of it. But, after nine developmental years, it was time to cash in my chips and move on. Here are my favourite photographs from my time in Yorkshire's capital. 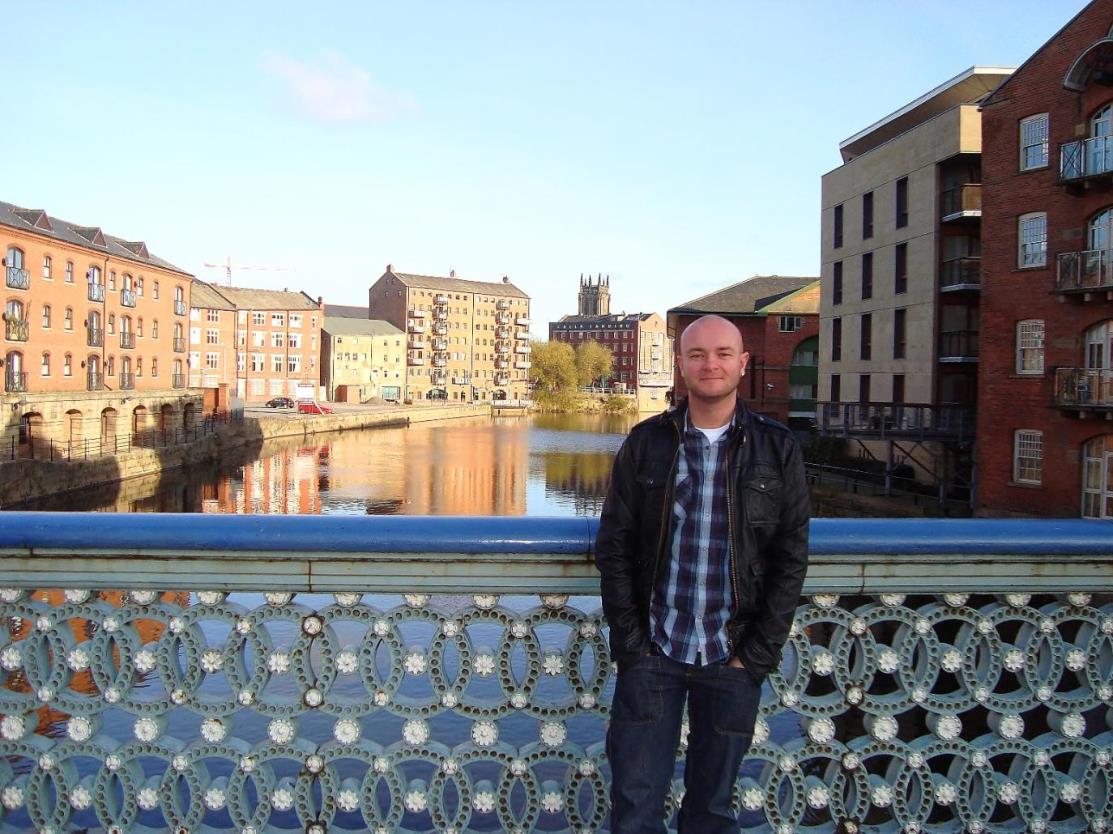 The wonderful view of Calls Landing across the River Aire to Leeds Parish Church, seen from Leeds Bridge.  This bridge was the location where the world's first ever moving images were filmed in 1888 (watch here). 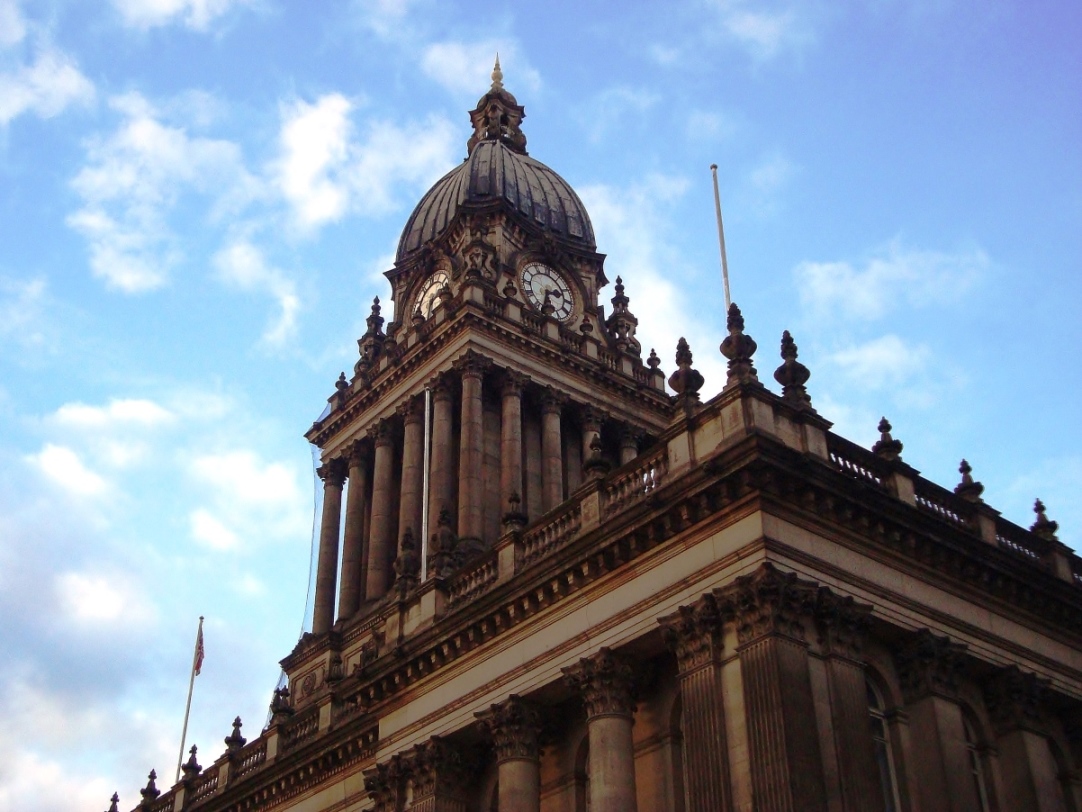 The neo-Gothic masterpiece that is Leeds Town Hall. I love this building.

Lured by its iconic bridges and strong regional identity, I took up home in a Tyneside flat (a terraced house split into ground and first floor separates) on Helmsley Road in Sandyford near Jesmond with two other students; Stuart and Ollie. Weekday mornings were spent getting the Metro across the Tyne and a connecting bus out to Sunderland where I had my first teaching placement. My second placement was at Walker Technology College, near Byker of 'Byker Grove' fame. Occasionally (and just occasionally) I was known to go jogging along the Tyne on a Saturday morning: wonderful views of beguiling bridges on sunny days. 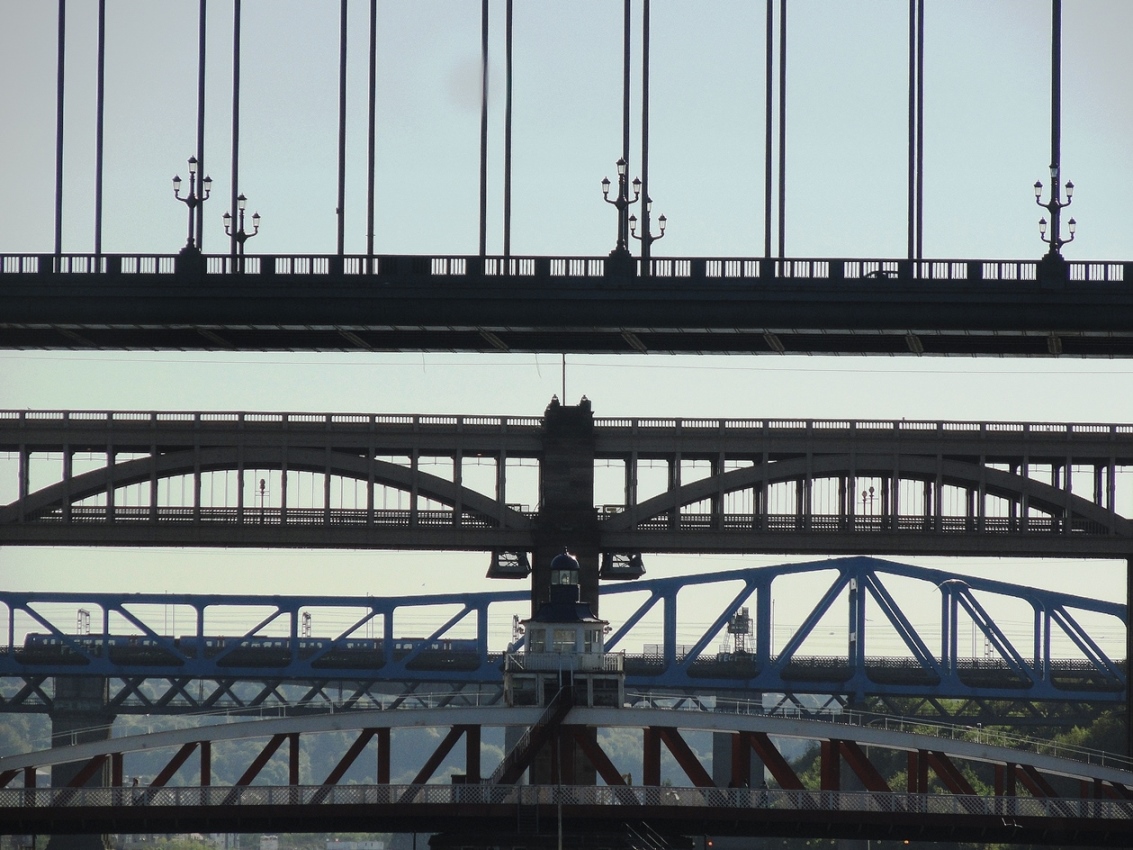 The Tyne's many bridges stack themselves silhouette fashion. 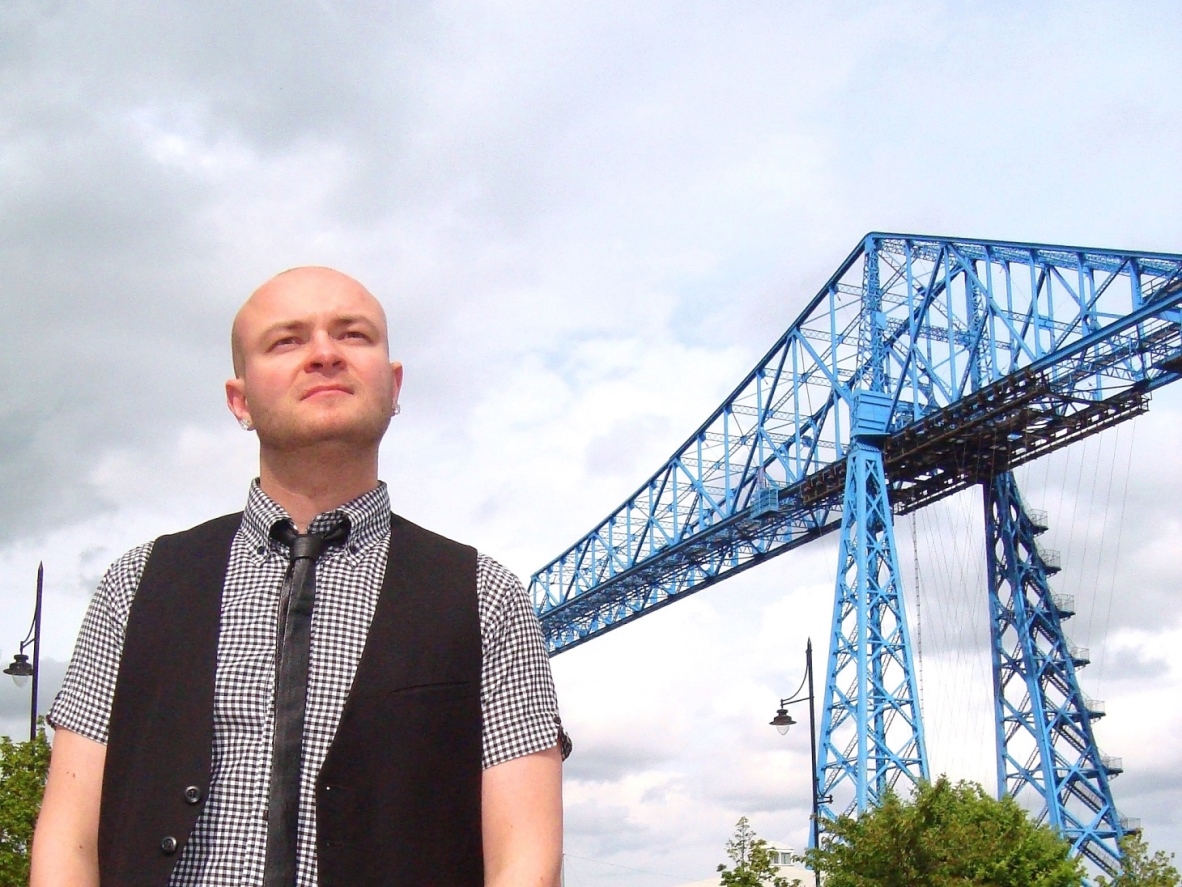 In front of the iconic Transporter Bridge in Middlesbrough.

Manchester has an allure because of its size, its history and its music. It is a city of firsts: the world's first train station is here, Alan Turing, from the city, built the world's first ever computer, and it is also the home of the world's longest running soap-opera: Coronation Street. Think Manchester, and among the things which spring to mind are Granada TV, the Hacienda nightclub, Manchester United, rain and Oasis. Unbeknown to me at the time, we were to buy our house in the Manchester district where the band Oasis herald from. It was, without doubt, Manchester's  unique music sound which lured me to the city: The Stone Roses, The Charlatans and Joy Division to name but three. 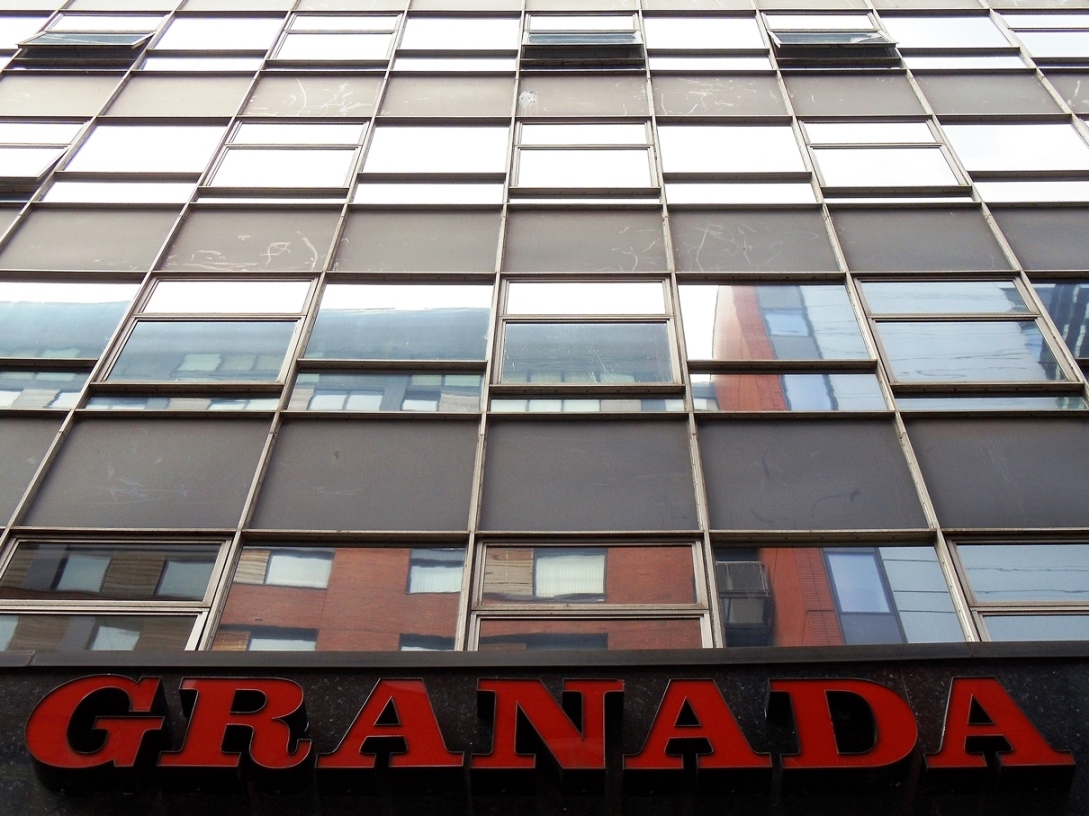 A Manchester Icon: the iconic red lettering of the Granada TV studios on Quay Street before their removal. Such an innocuous exterior belies the importance that came from within. Soon to be demolished. 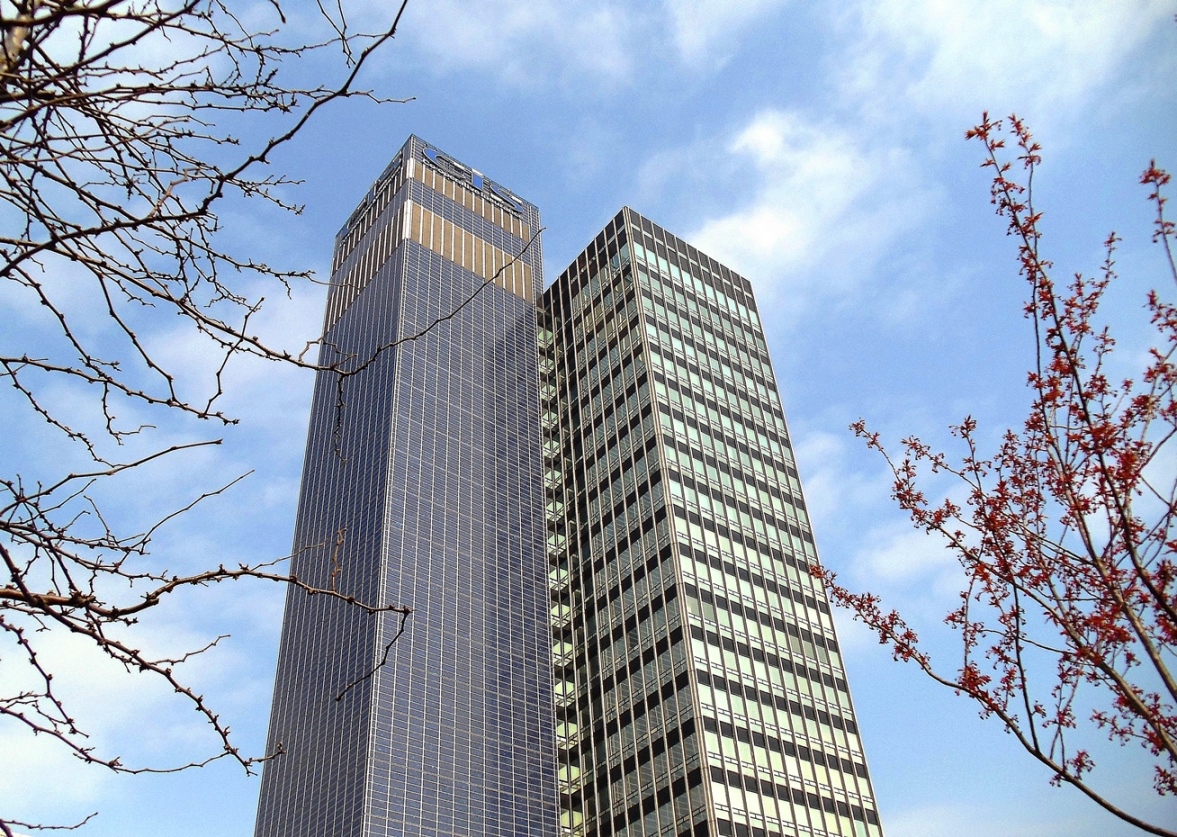