A Gaelic Backpacking Adventure in the Scottish Highlands & Islands 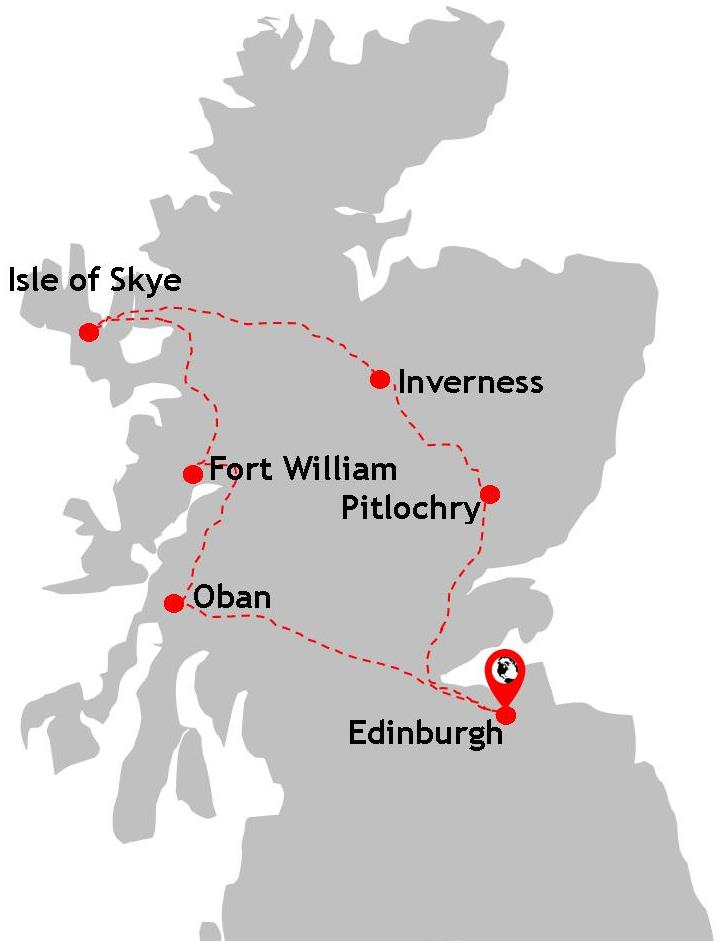 Having just arrived back from Greek Island hopping in the North Cyclades I was left with three weeks of my summer holiday; I had been bitten by the travel bug so I booked myself a three day 'Isle of Skye' tour with Macbackpackers - a tour agency based in Edinburgh. I was on my own - but then again so were most other people on the trip who hailed from all over the place: Ecuador, China, Netherlands and America... It was a little, but popular, three-day jaunt around the Scottish Highlands and Islands setting off from Edinburgh, heading north westward to the Isle of Skye and back again. The trip is as popular as ever and, over a decade later, Macbackpackers are still running the trip (see here for their site) although the price has somewhat doubled since then! If you've got a few days spare and fancy getting away for quite cheap, this trip's ideal. It was a trip spent with seventeen of us in a little tour van driven by Tim, our friendly and patriotic Scottish guide. His passion about Scotland came through in everything he said and did.

Our first day was spent hurtling, in a minibus, from the Scottish capital Edinburgh, through the Grampian Mountains, Inverness, down along the shores of Loch Ness, over the famous bridge and onto the Isle of Skye where we spent the first night in a local hostel. The second included touring Portree (the capital of the island) and the Totternish Peninsula. We spent a final night on the island before heading out the next day through scenes used for the filming of 'Highlander'; a chance sighting of the steam train used in 'Harry Potter'; and through the landscapes of Glen Garry, Glen Shiel and Glen Coe.

My Macbackpackers jaunt was before the days of digital cameras and mobile phones and thus inevitably an old film-based camera was the order of the day. Unfortunately I'd loaded a duff film in my old-style 35mm camera and so I'm missing some of the best photographs taken on the second and third days. I was pretty devastated: landscapes and group photos all gone. The photographs below represent the very best of what I have from this jaunt around Scotland's more remote locations. This was Macbackpacking in 2004... 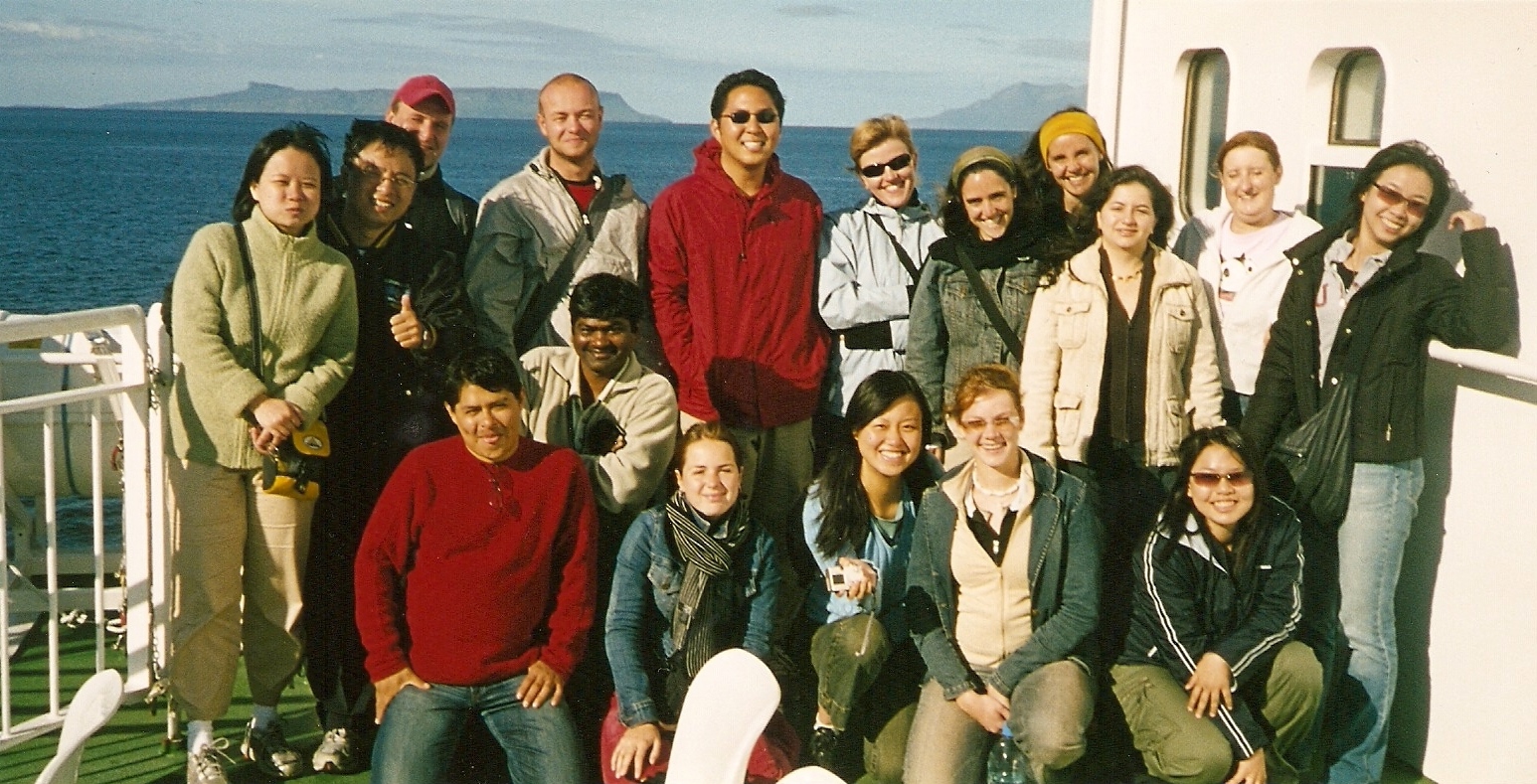 All of us on the ferry across from the Isle of Skye to the Scottish mainland. 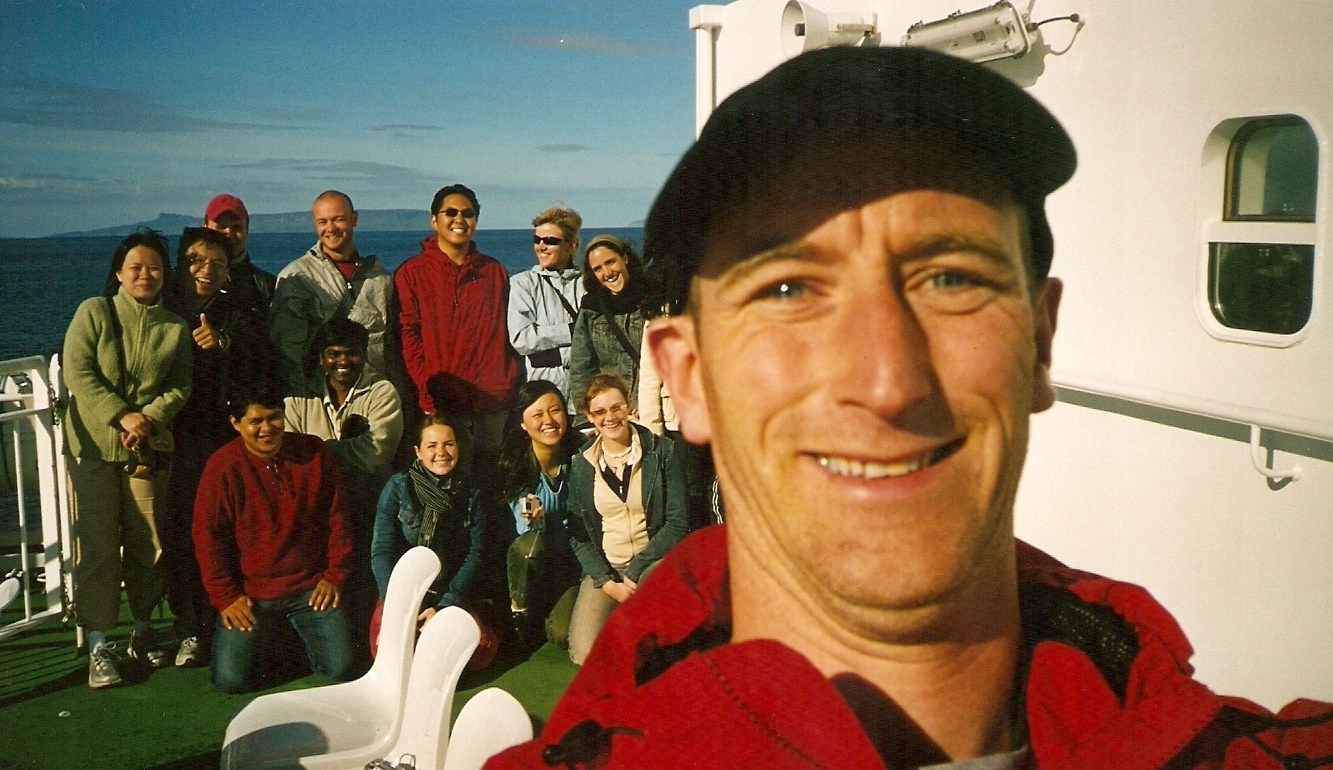 Tim, our tour guide on the trip, takes the opportunity to leave me a little gift on my film camera. 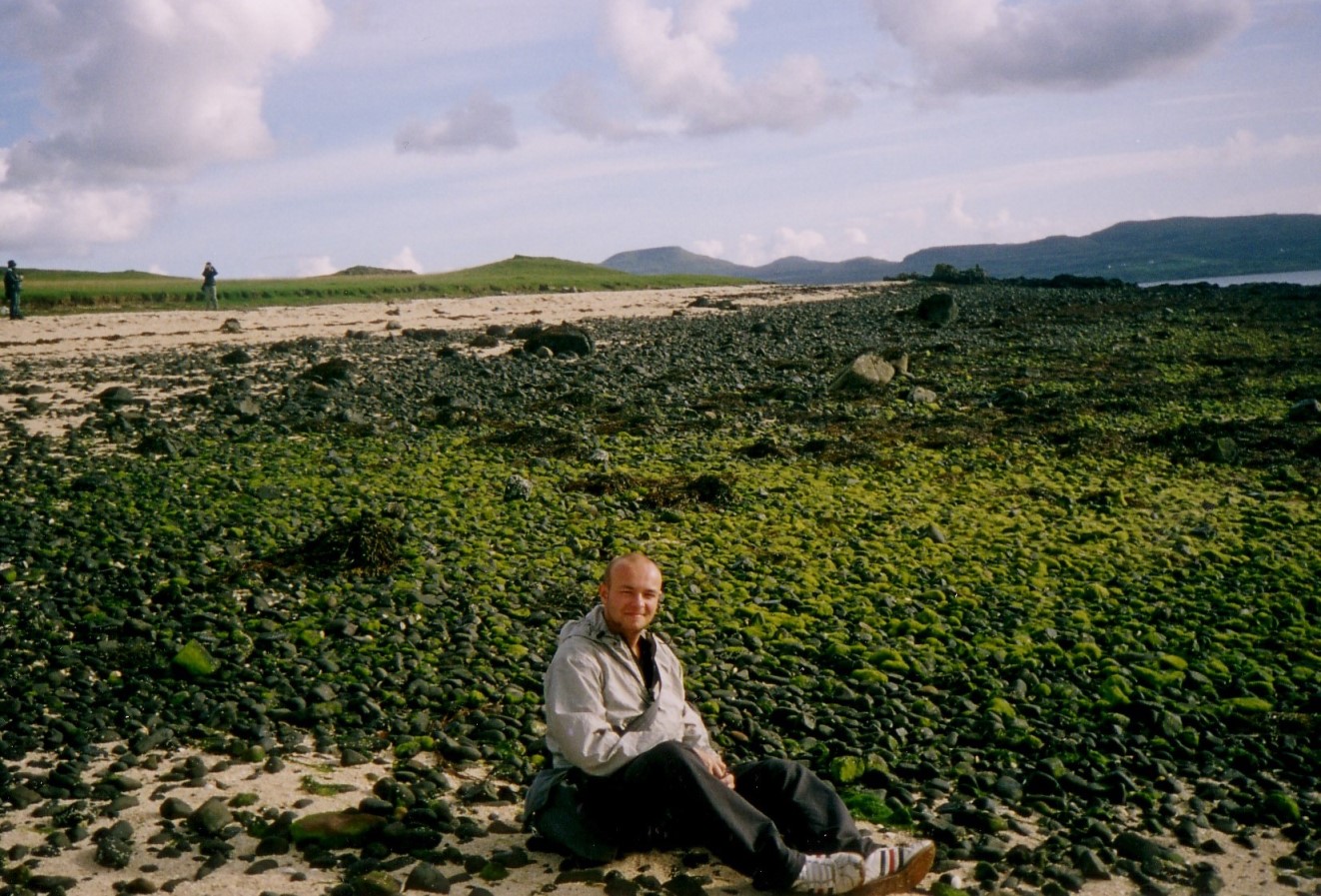 A sunny morning on a Barbados-style beach, Kintail. I love the vivid greens on the beach pebbles. 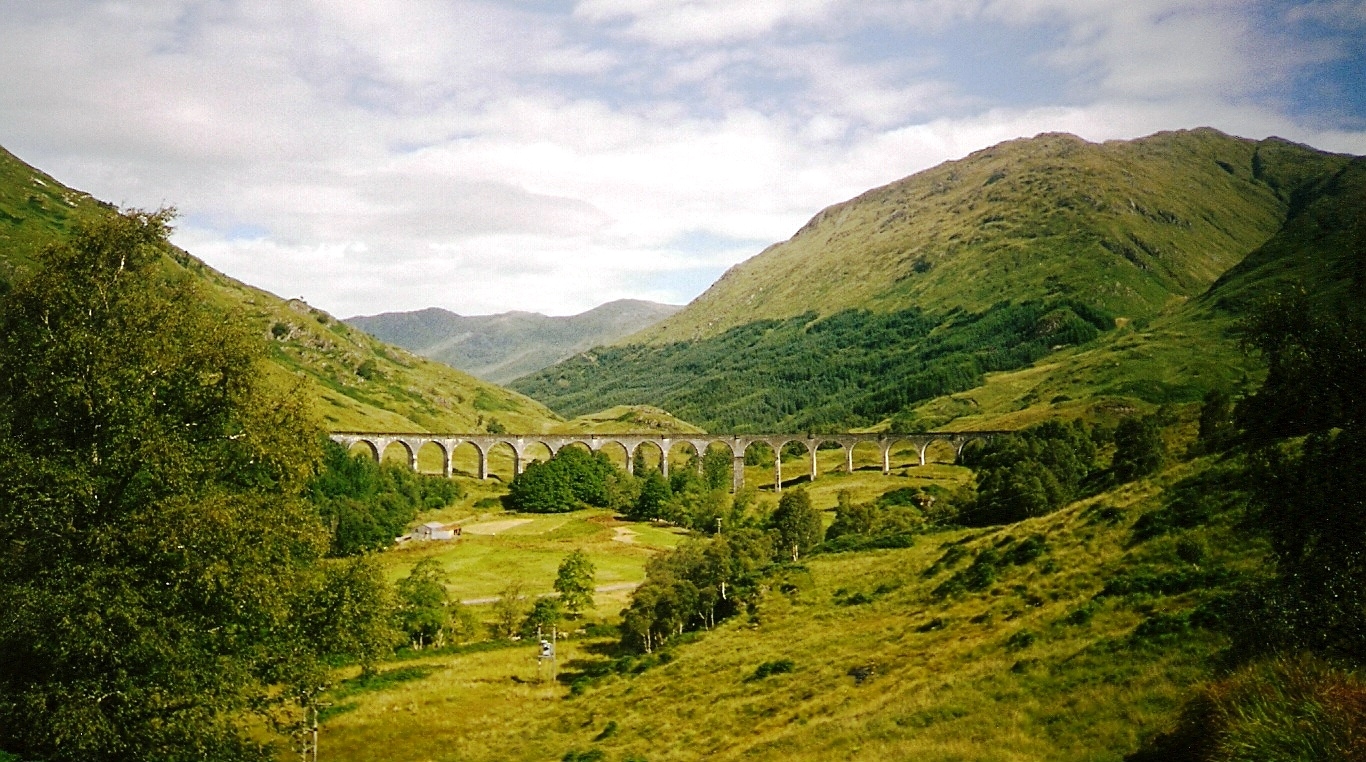