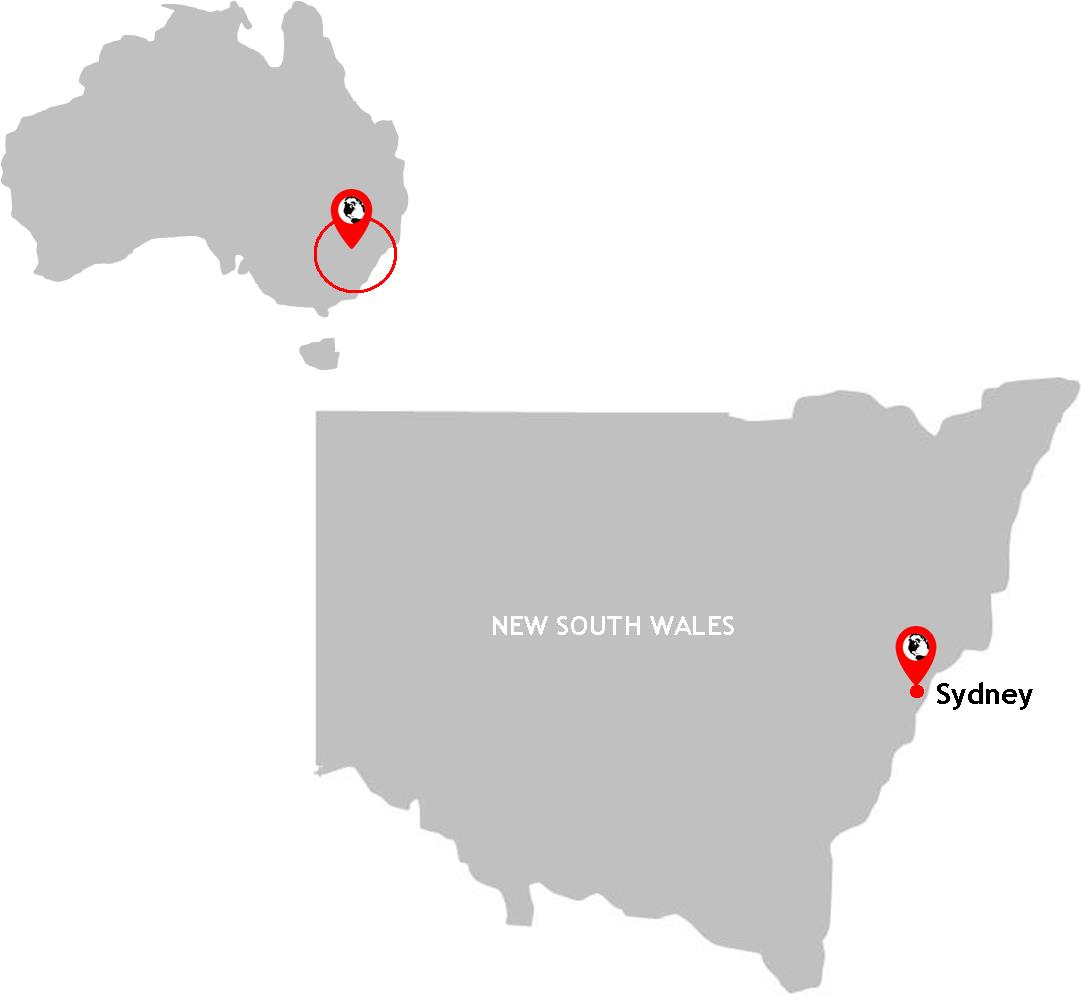 "Go with a clear, open and accepting spirit and the country will not treat you badly."

As a traveller you aren't often afforded the luxury of living somewhere for a sustained period of time; you parachute in, see the basics and, because time is money, parachute out again just as quickly - leaving with only a superficial sense of place and people. This particular Chronicle is, therefore, almost unique on my site; it's the result of living somewhere rather than merely visiting. This means I've had time to go beyond the predictable landmarks, get a sense of life here - from the ground up, and attend events and festivals I would otherwise have missed. Good or bad, all things are part of the wider experience of living in a country of which you are not native. Everything is interesting and daily life becomes one long tourist experience. And, of course, this is surely the whole point of emigration in the first place? One year on and I'm still in full tourist mode - my camera is very rarely off for long and my eyes are always peeled.

Out of all the places we could have lived in this vast continental country we, in a sense, defaulted to Sydney. We didn't really choose Sydney but, I suppose, Sydney chose us and there are worse places to start a new life Down Under. On my first visit to Australia in 2015 I must admit I favoured Melbourne over Sydney feeling that, aside from its giant bridge and iconic opera house, this 'Harbour City' seemed to offer little else. Sydney, like most international cities, can feel cold and corporate; its CBD (city centre) is a largely uninspiring concoction of anonymous financial buildings and retail outlets. Inevitably the tourist dollar skews the city even more towards a soulless candy floss. I came to Australia to be in Australia and enjoy the differences to home but, in places, if the truth be told, Sydney CBD could be absolutely anywhere in the world, aside from its smattering of colonial-era buildings which, despite the unsavoury and bloody past they allude to, serve to give the city some depth and history, a history which feels dangerously close to being engulfed by Sydney's over zealous development.

But that's the CBD. And Sydney is a "city of villages" after all, a title which captures a characteristic of the city oft lost on the majority of visiting tourists: character, colour and the 'aussiest' of life is to be found out in the 'burbs - and you only really discover this when you become part of its daily ebb and flow. It's in the suburbs where Sydney's Aussie-ometer is turned up to maximum. Colonial era terraced houses with their distinctive iron lacework railings line the streets, their quirky outdoor mailboxes (a bit of a fascination of mine) as individual as the people living inside the homes themselves. The small front gardens are like shop windows with wacky and alternative displays and with unfamiliar, tropical looking plants. The powerful sun and deep blue skies ensure you see all of this in vivid, natural technicolour. Buildings gracing the corners of streets in particular have a distinct whiff of the Wild West about them and, all the while, power lines disconcertingly zig-zag above your head in a crazed, almost unplanned fashion. Large graffiti murals, artistic and often of high quality, grace the end of terrace walls giving suburbia a hippie, alternative vibe. The city's villages are also sprinkled with some of the most magical, independent coffee shops anywhere - so refreshing, heralding, as I do, from a country where three national chains have all but snuffed out the independent coffee house.

Sydney is also a very green city. Any scrap of land is reserved for nature and is characterised by an abundance of luscious and tropical vegetation, often with a cute little bench or two for you to take a minute out of your day to admire the beauty of it all. What are called 'grass verges' back in Blighty are named 'nature strips' here, packed, as they are, with anything from giant banana palms to those plants you'd always thought were 'indoor only' but positively thrive in the heat of the outdoors here. Indeed, wandering around some parts of suburban Sydney morphs into a trip to a botanical garden. Hailing from a country where every bush has been trimmed back to within an inch of its life and trees cut down in case it falls on someone during a storm triggering litigation, this is all rather inspiring. Undoubtedly all of this lush foliage contributes to the village feel of Sydney.

Like a hand, Sydney splays out into the South Pacific Ocean creating scores of coves, hundreds of beaches and countless sightseeing opportunities. Exploring Sydney on the iconic green and yellow ferries feels exciting and adventurous, a permanent holiday sensation which rekindles memories of my time on Venice's vaporettos. It's fun heading out to the unknown; hopping on and off when the mood takes you. Cockatoo island? Drummoyne? Balmain? Kirribili? Mosman or Parramatta? A bonus afforded to the resident and not the transient tourist is that commuting to and from work on a weekday means that the Opal travel card rewards you with half price travel at the weekend - including the ferry. Beauty, excitement and exploration - all at half the cost.

In addition to my long-running Australia Blog, this one year milestone feels like the right time for me to gather my thoughts, package the experience and take stock of my first year as a resident of the New South Wales state capital and Australia's biggest city. From Bondi to Barangaroo, from Woollahra to Woolloomooloo and from Paddington to my home district of Pyrmont, this is Sydney as seen through the eyes of someone who thinks himself mighty lucky to live here. Me. 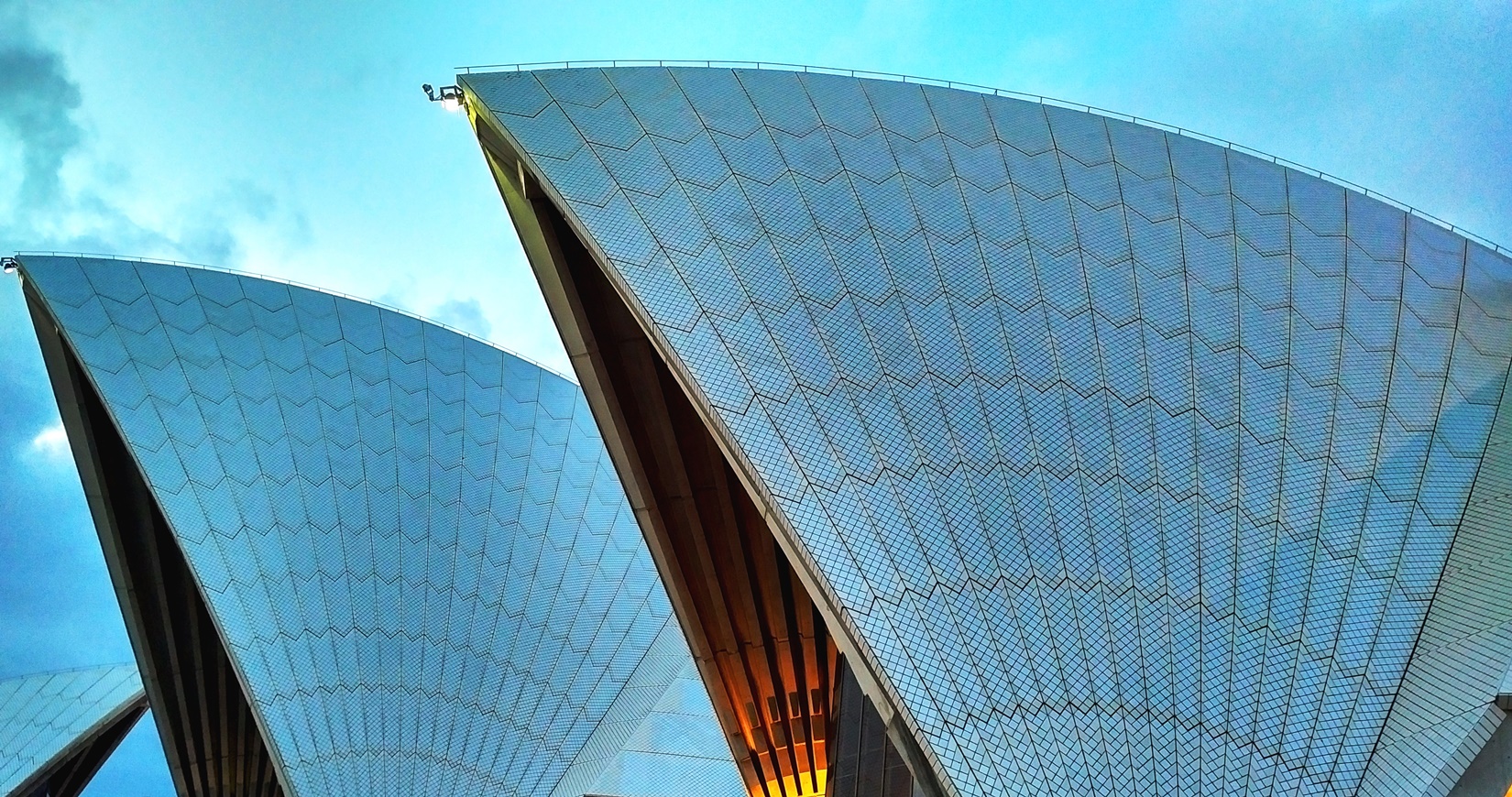 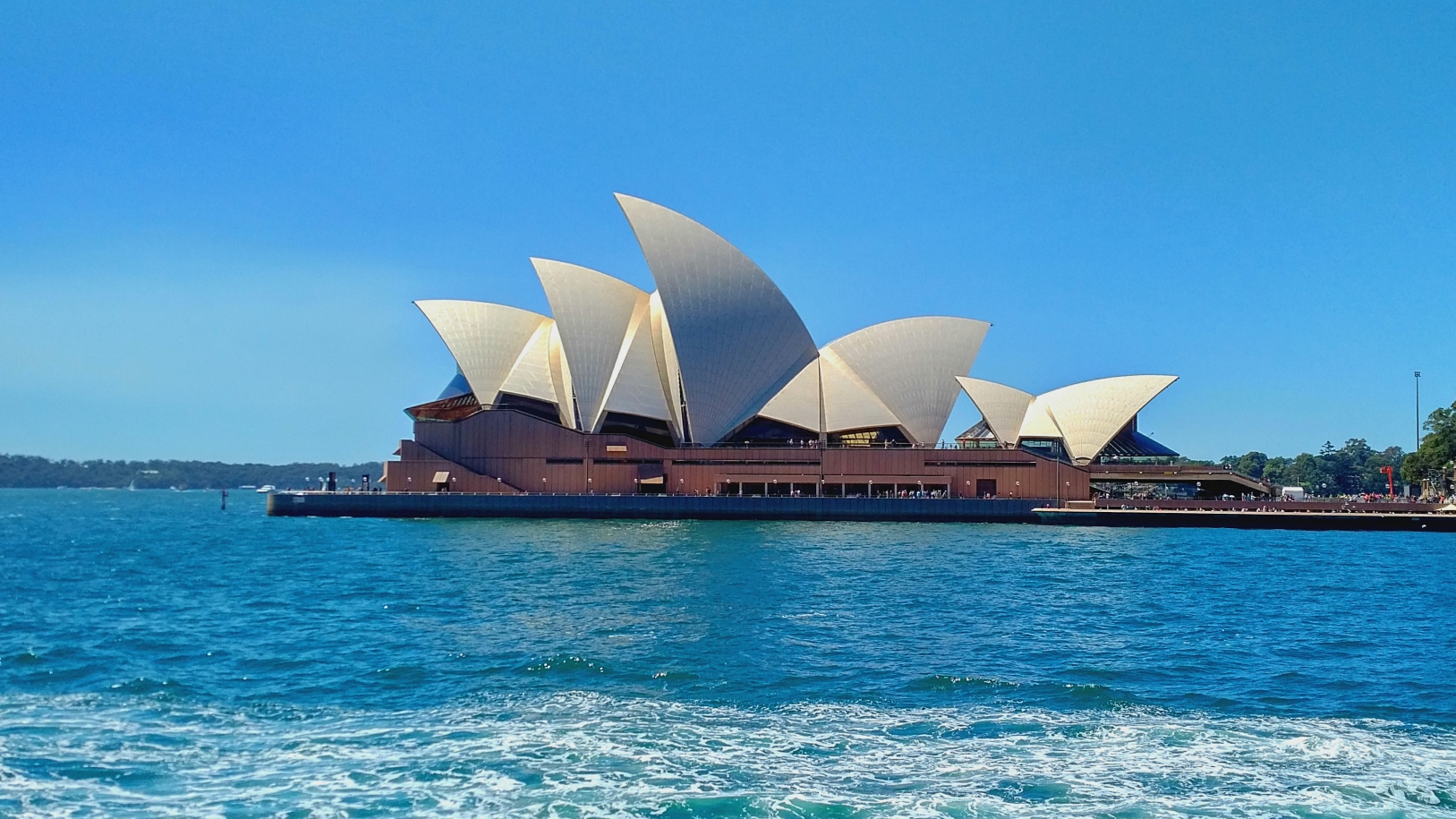 The Sydney Opera House: in profile from on-board a ferry entering Circular Quay. 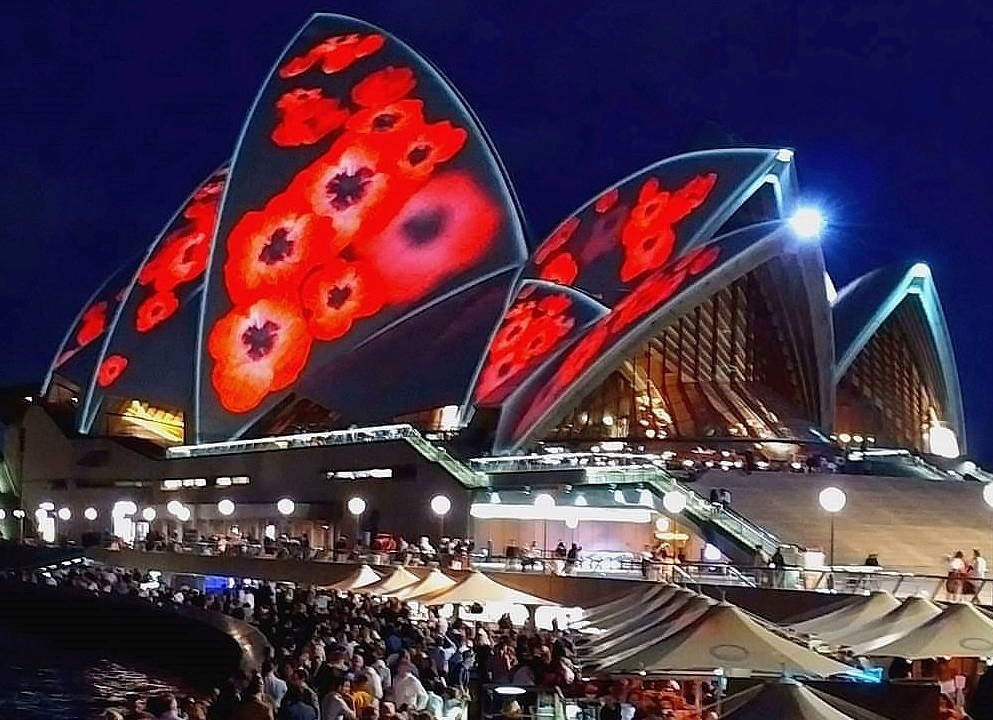 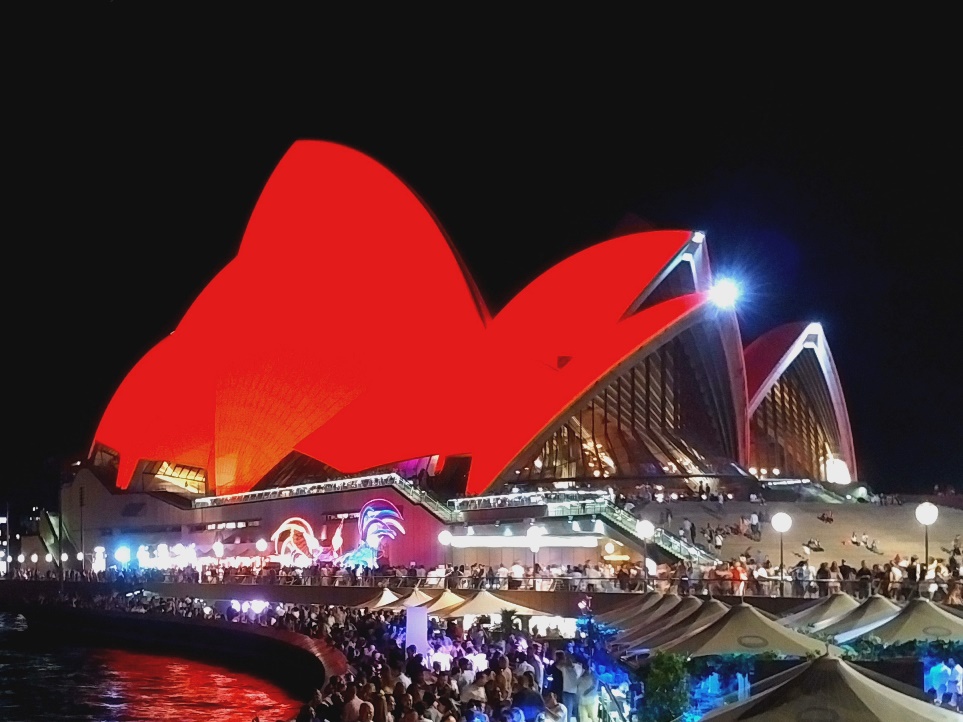 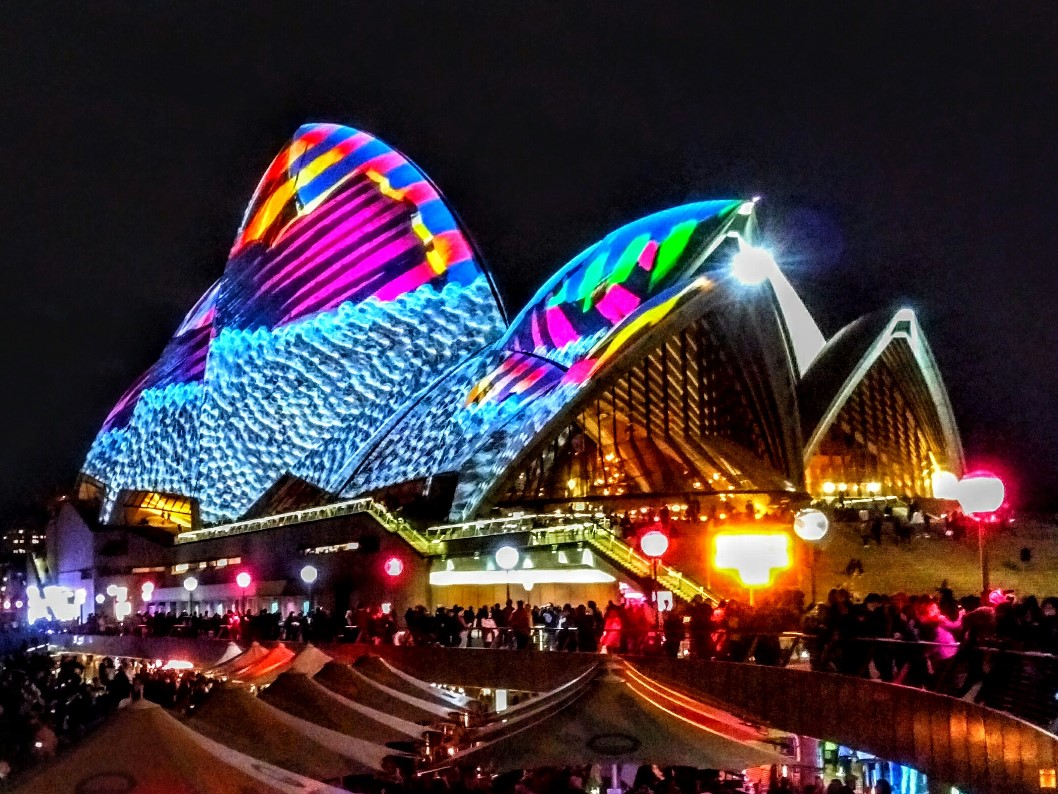 A world icon on my doorstep: the Sydney Opera House, a blank canvas upon which are projected colourful lights for a whole range of celebrations and commemorations: Armistice Remembrance Day, Chinese New Year and Vivid Festival. 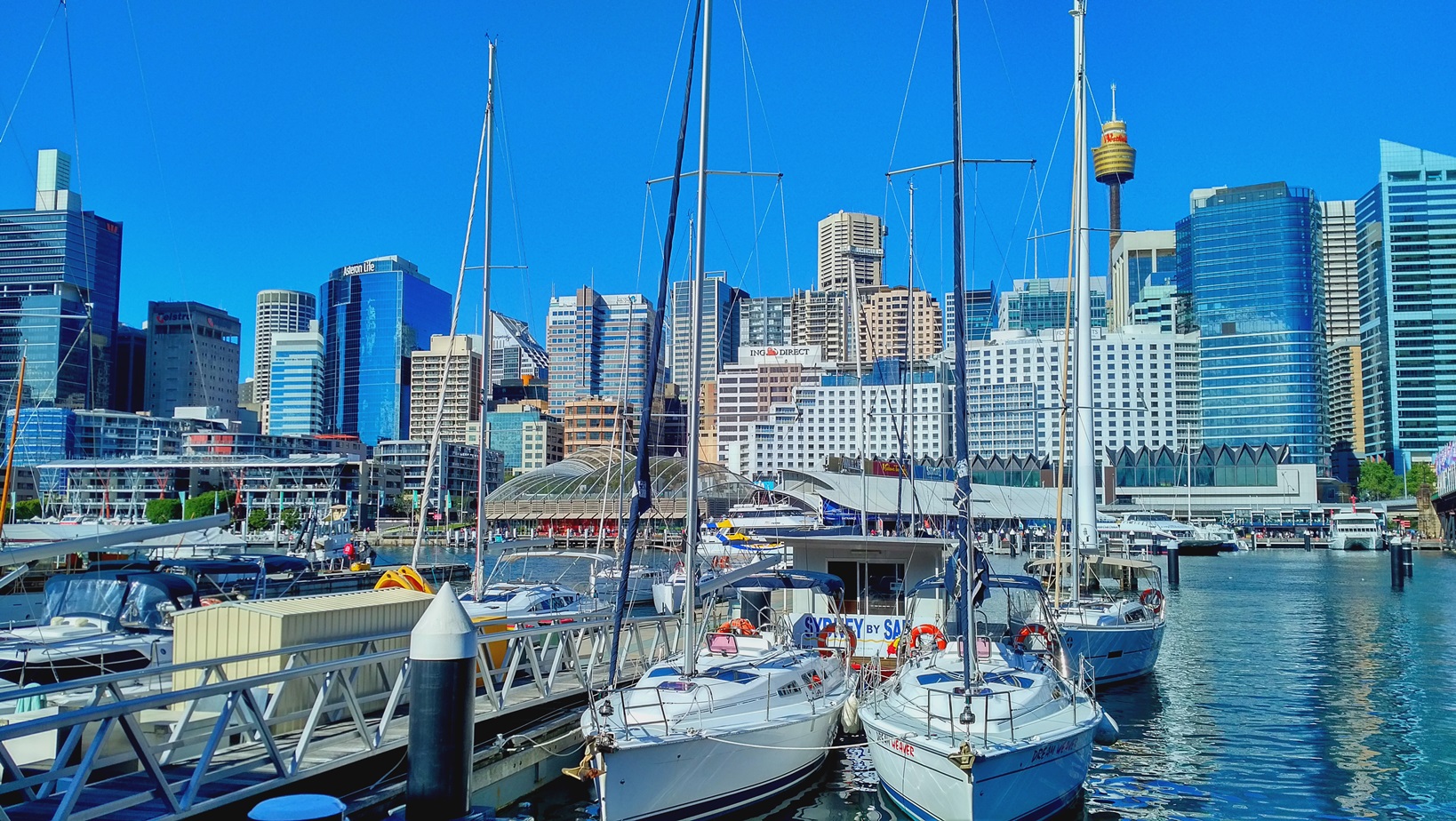 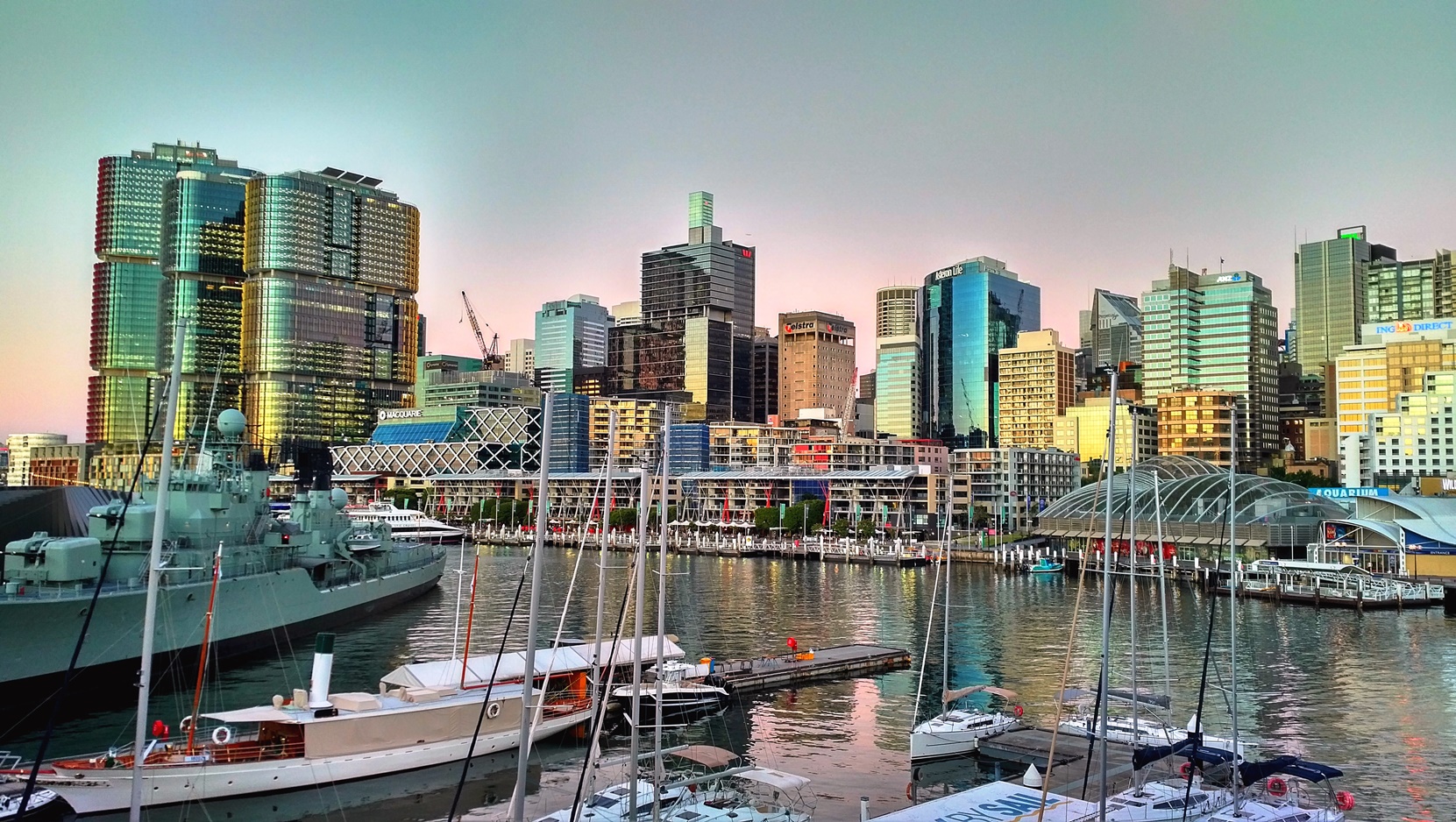 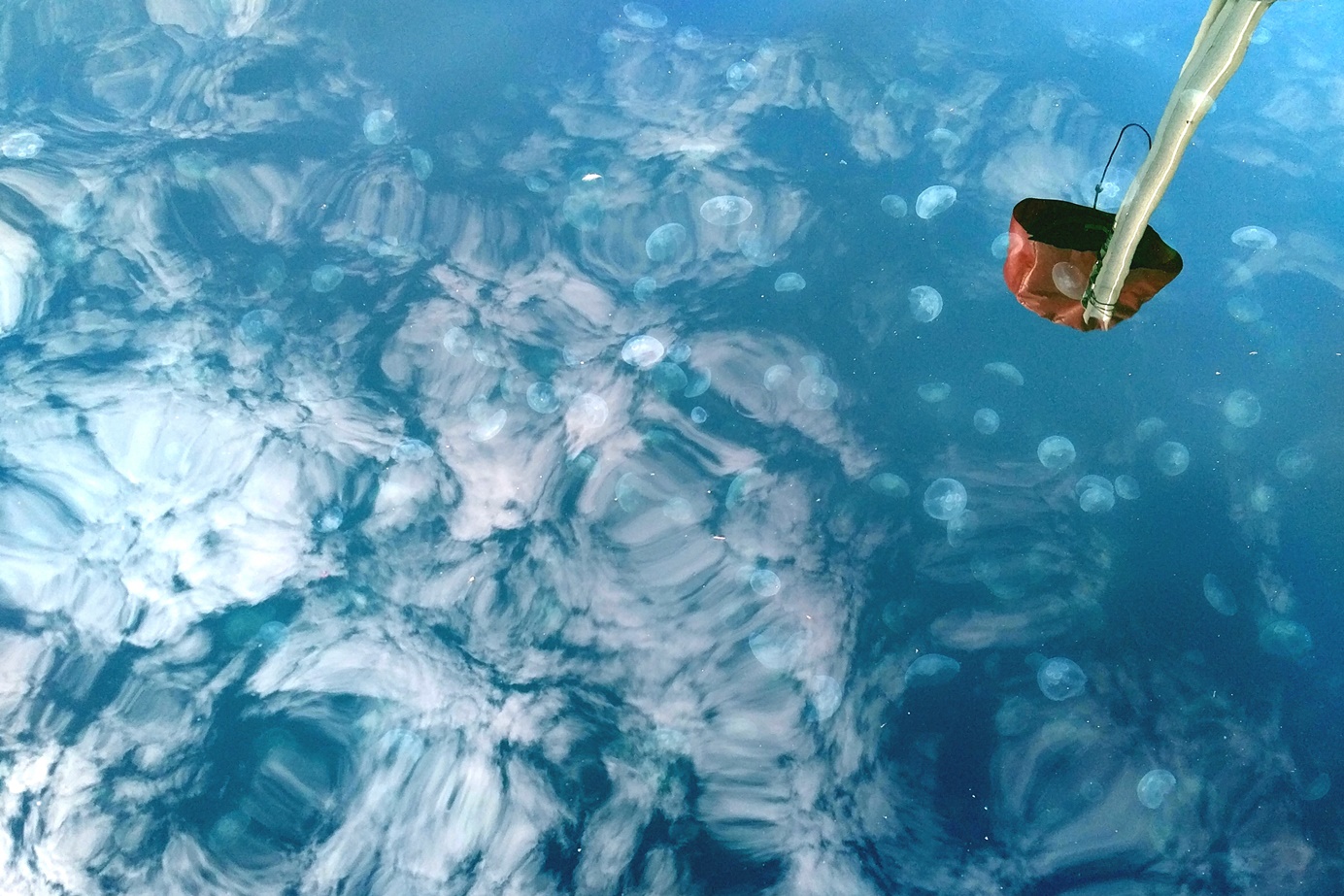 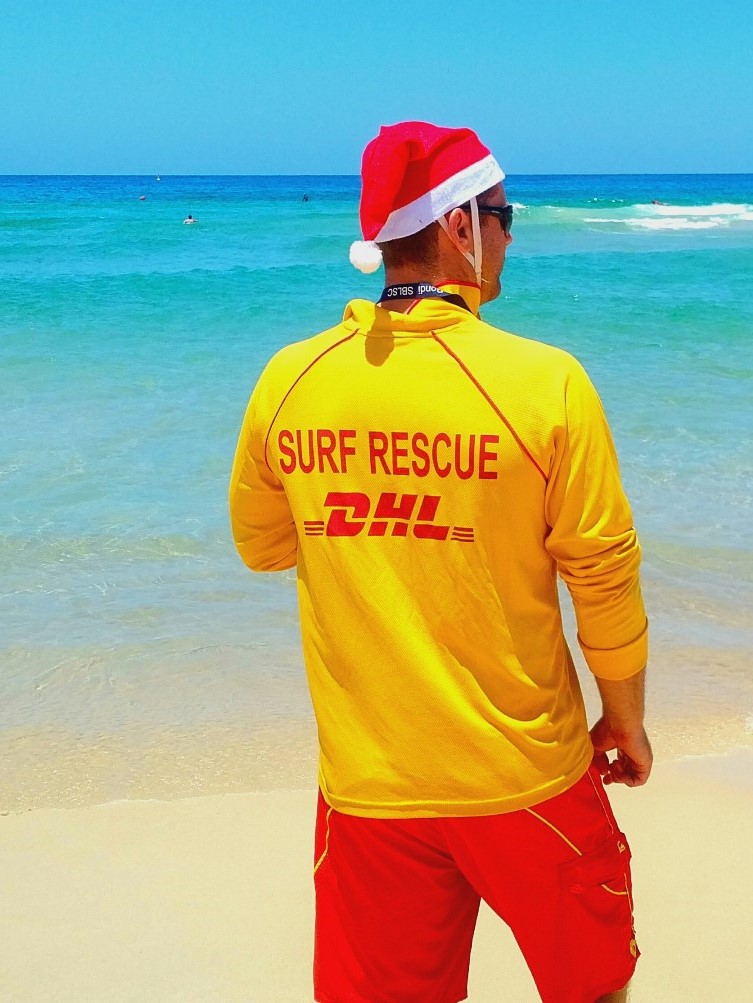 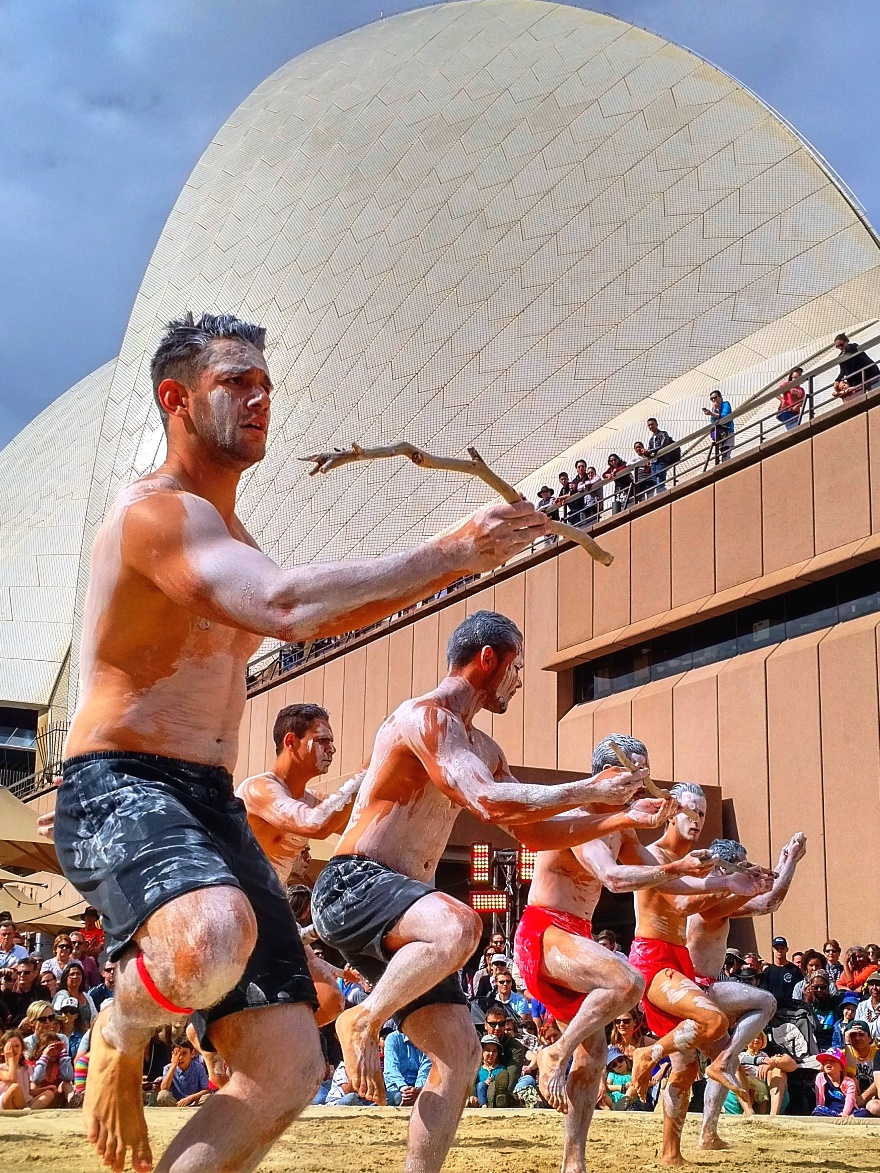 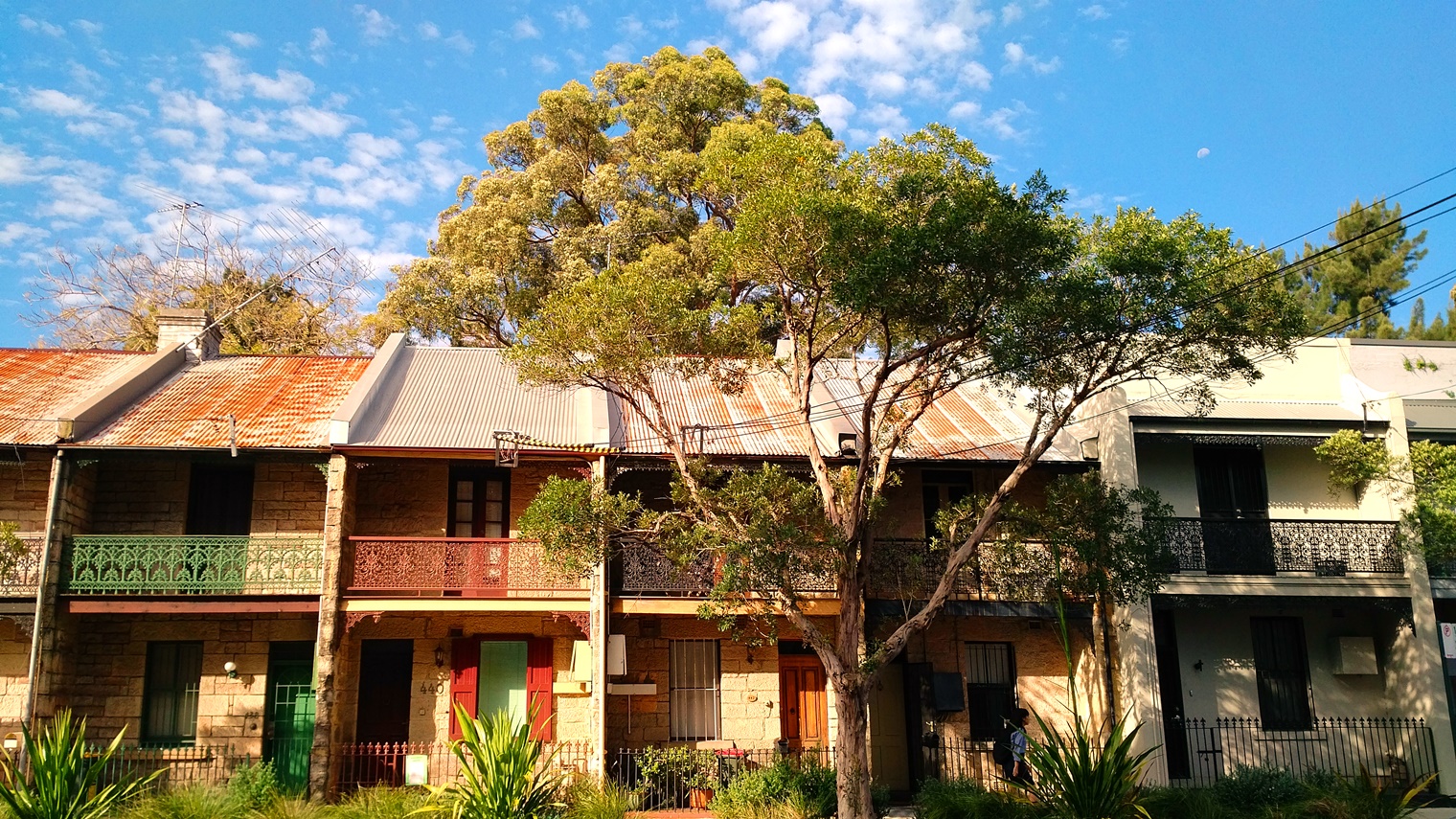 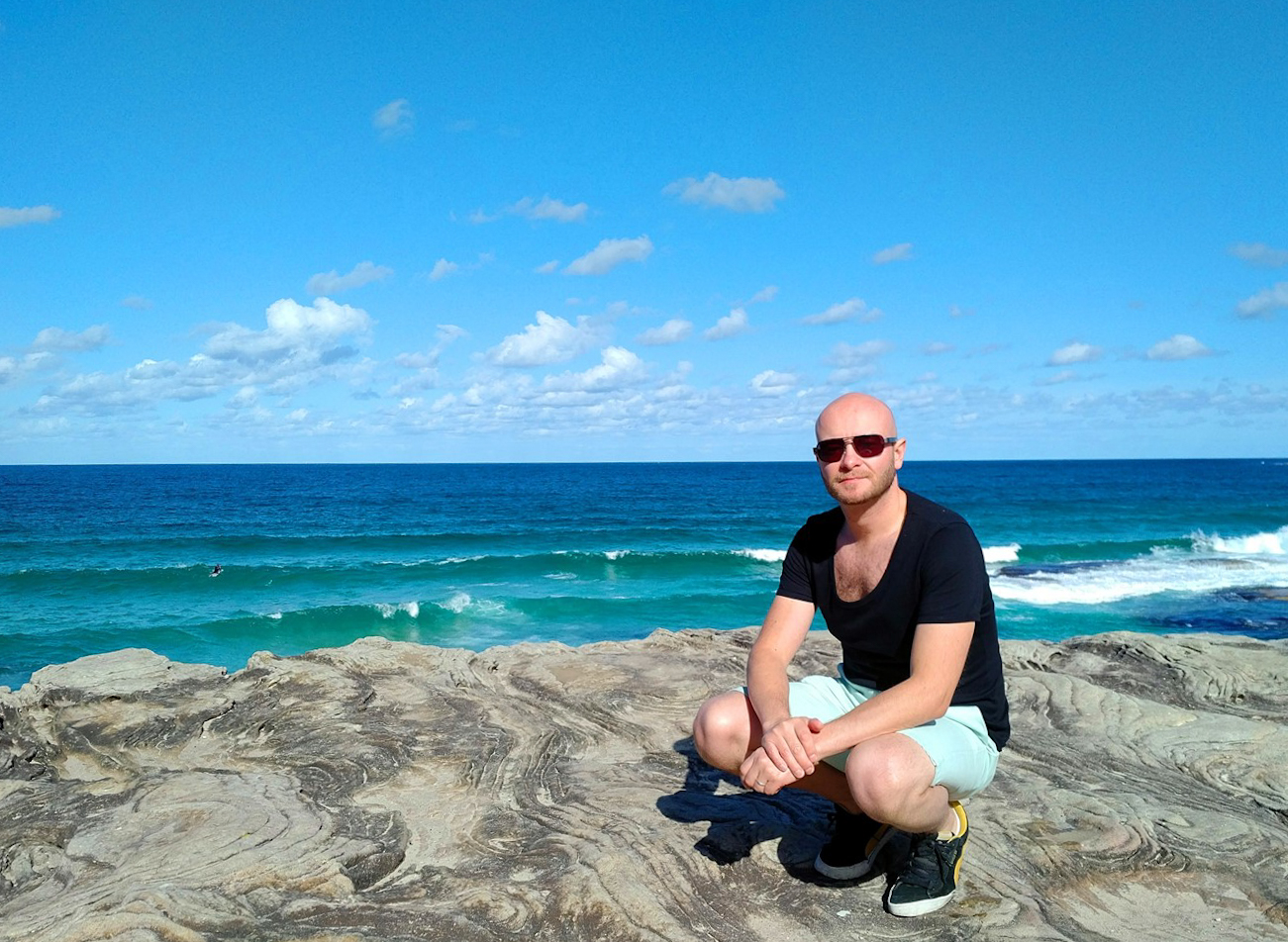 On the Bondi to Bronte coastal walk. 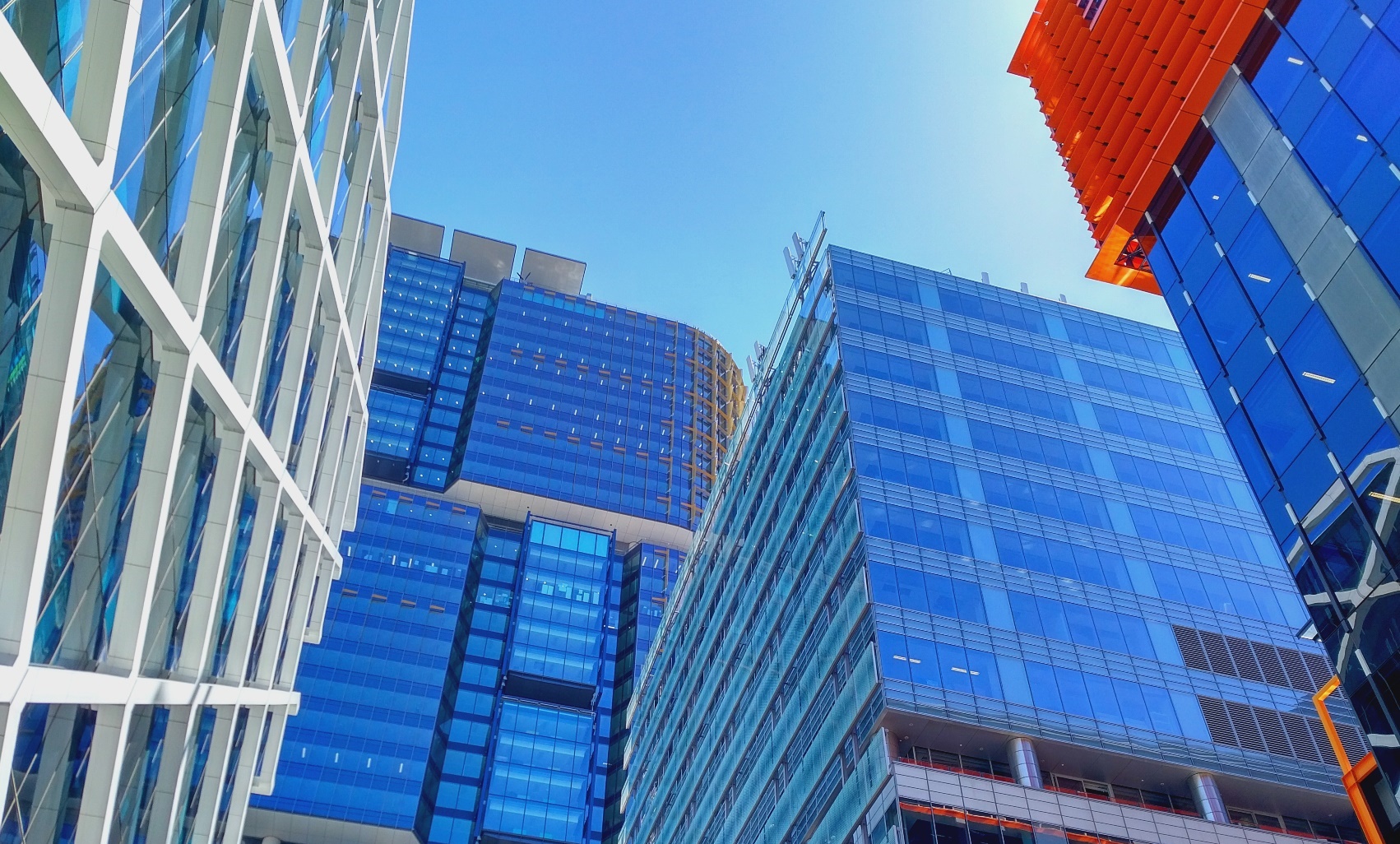 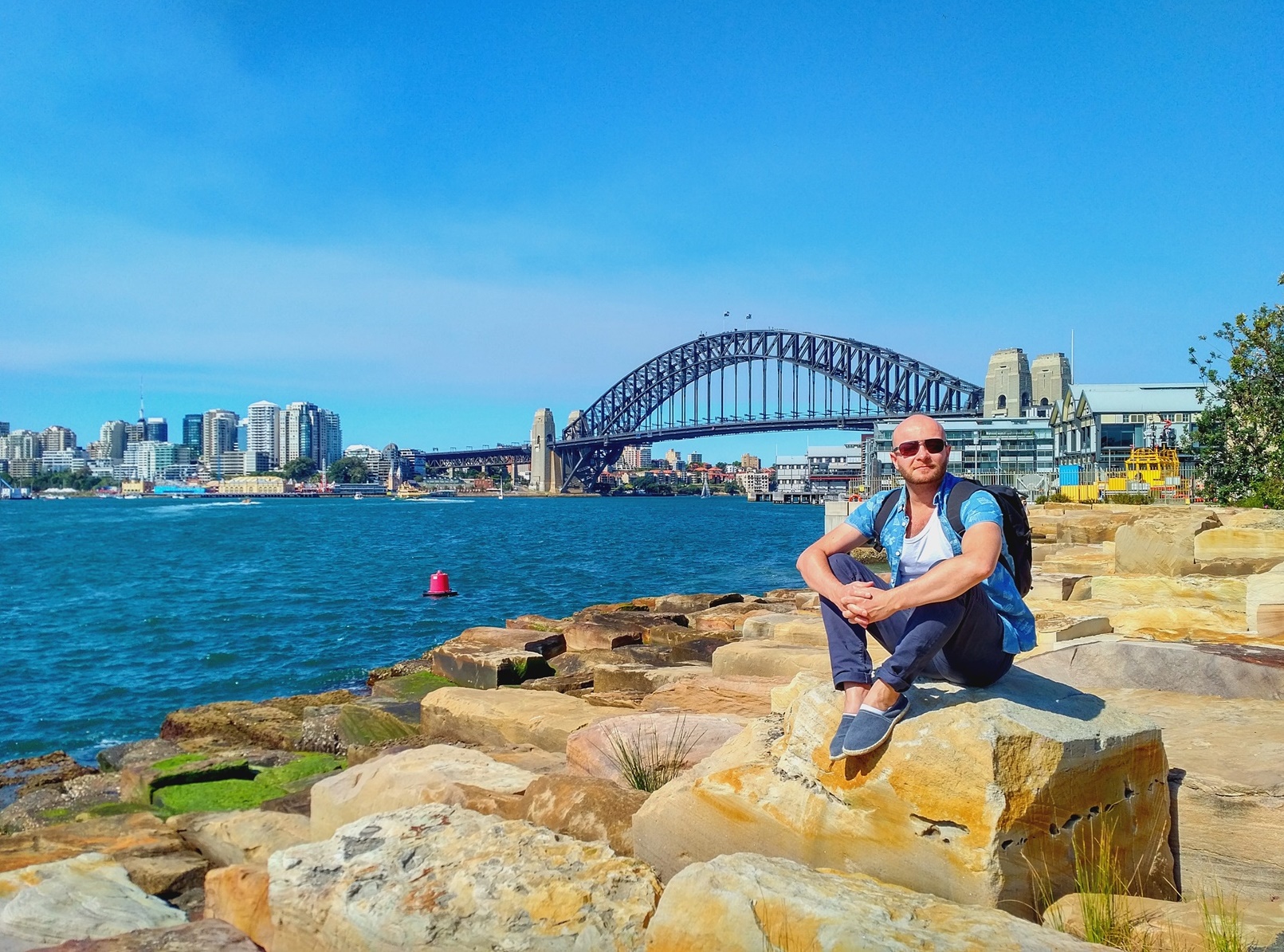 At Barangaroo looking across to the Harbour Bridge. Sydney: my city.