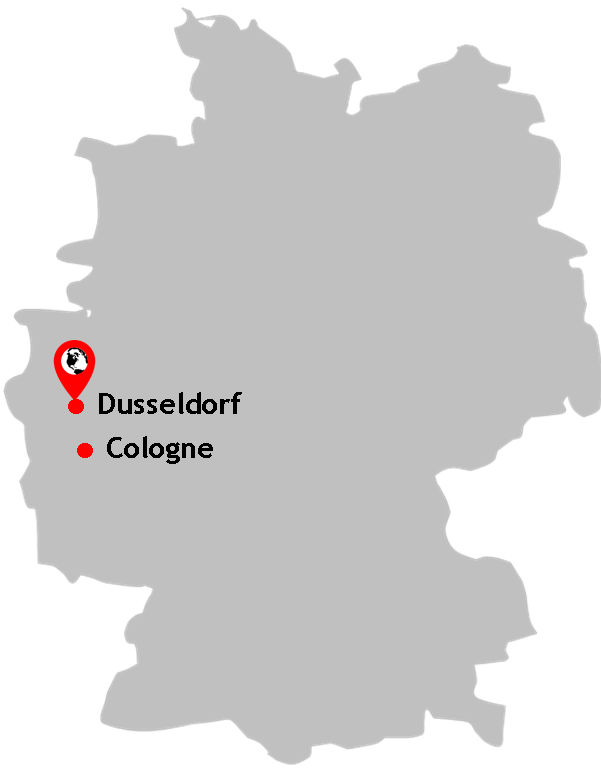 This was my first trip to Germany and researching the place it quickly became apparent that Cologne was an easy day trip away being only twenty miles from Dusseldorf on the Deutsche Bahn. This was the first time we'd doubled our trip and ventured outside the immediate place of the inbound flight - the experience was to come in handy for our Inter-rail twelve country, three week adventure the following year. Located in the west of Germany, Dusseldorf and Cologne are merely an hour's flight time away from the UK. As it was, combining Dusseldorf with Cologne was the perfect concoction as they mutually complimented each other: Dusseldorf offered an insight into modern, contemporary Germany whilst Cologne offered a trace of much-needed history.

the modern city of western germany

Dusseldorf had a large town feel, the highlight of which was, as you'll see from the photographs below, a trip up to the restaurant platform of the Rhineturm TV Tower. Google Dusseldorf and this is invariably the image you will get. The tower features the largest digital clock in the world which you can see along the spine of the tower at night. Local German time is calculated and displayed as a binary clock by a series of lights. And this underscores a key trait of what I perceived to be Dusseldorf's identity: it is a forward-looking city. The state parliament building at the foot of the tower is nothing to write home about - until you see it from above comprised, as it is, of a series of futuristic-looking interlocking circular shapes. Also, a walk along the Rhine supports this notion, with the metallic waviness of the Frank Gehry building and the equally experimental Neuer Zollhoff building also built by the same architect. The moot fact is, Dusseldorf doesn't have a whole lot of history and, as a consequence, felt a little sterile and soulless. This was emphasised further by the tranquillity of the city usually deemed an added bonus. In Dusseldorf, however, it just added to the question growing in my mind: 'What are we doing here?'

Walking along Media Harbour we happened upon the WDR television station filming what looked like a really low value version of 'Pets Win Prizes'. It was an odd but amusing sight, as we watched for several minutes along with the rest of the crowd that had gathered: poodles jumping over little picket fences and running through large slinky-style tubes. It was a bizarre but fitting epithet of our time in Dusseldorf. 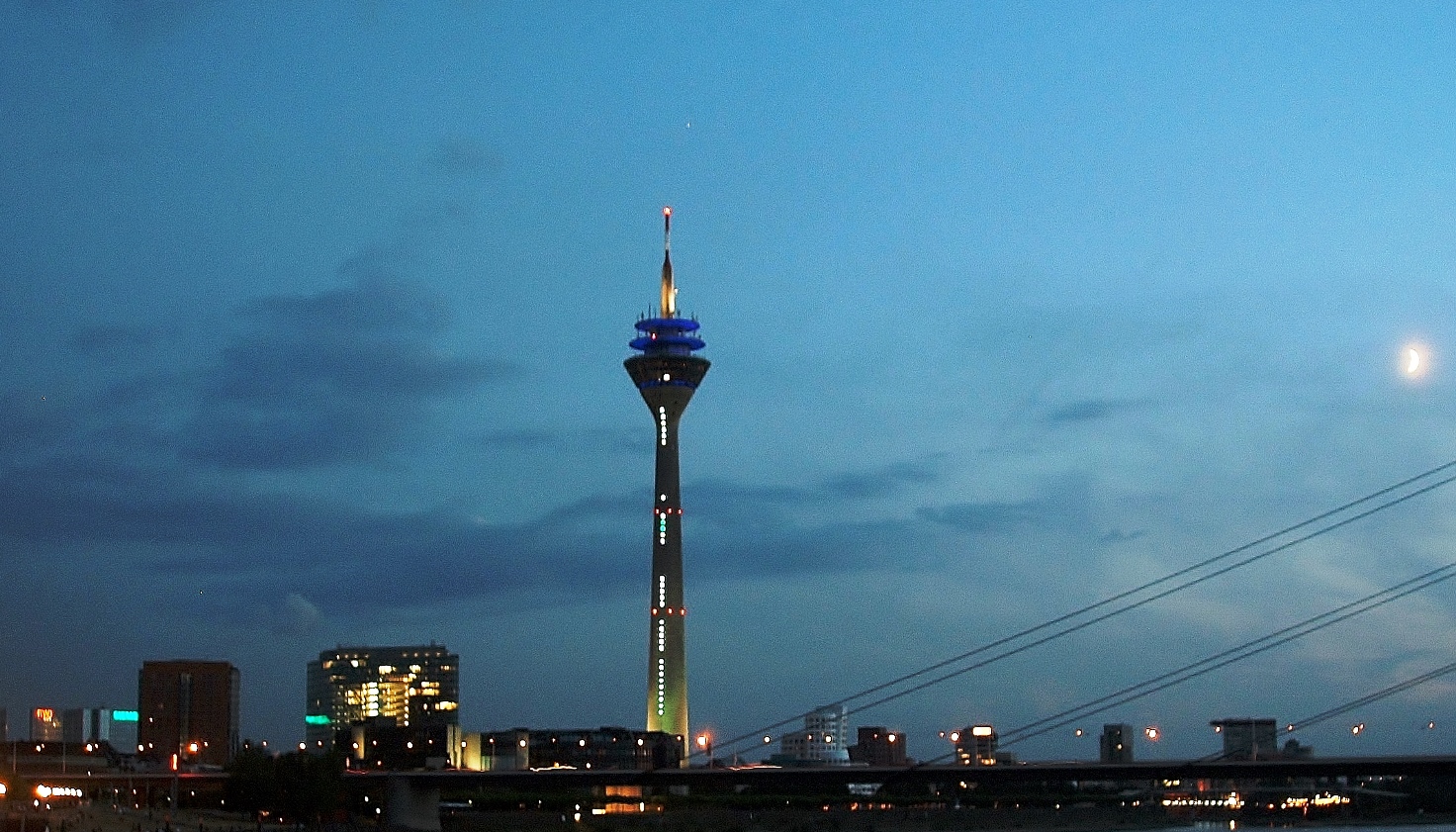 Night-time Dusseldorf complete with moon, the cables of the Theodor Heuss Bridge, and the Rheinturm TV Tower. It has the largest digital clock in the world, which you can see along the spine of the tower at night. Local time is calculated and displayed as a binary clock by a series of lights. 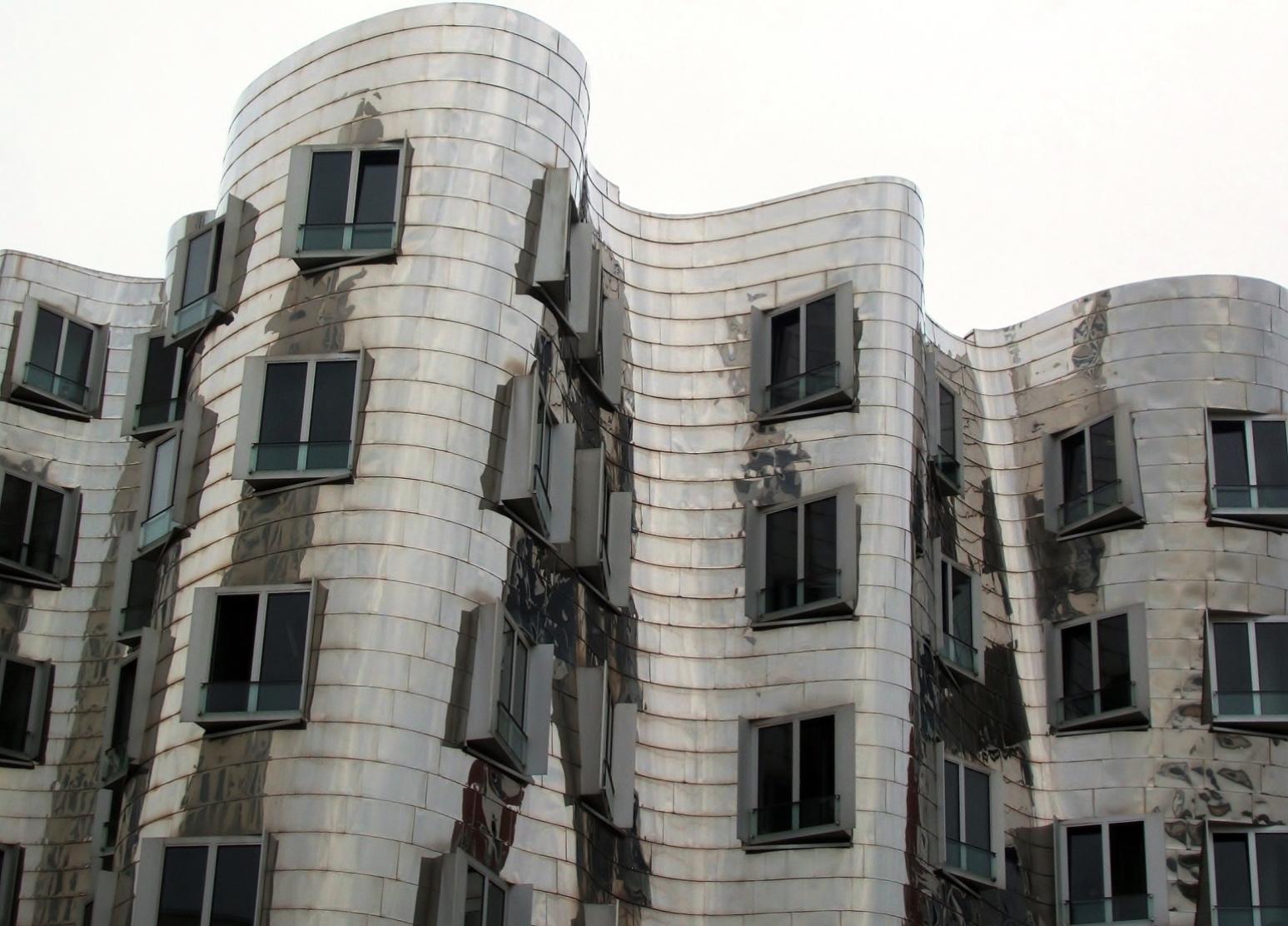 Furturistic Dusseldorf: the unique metallic waviness of the Gehry building. 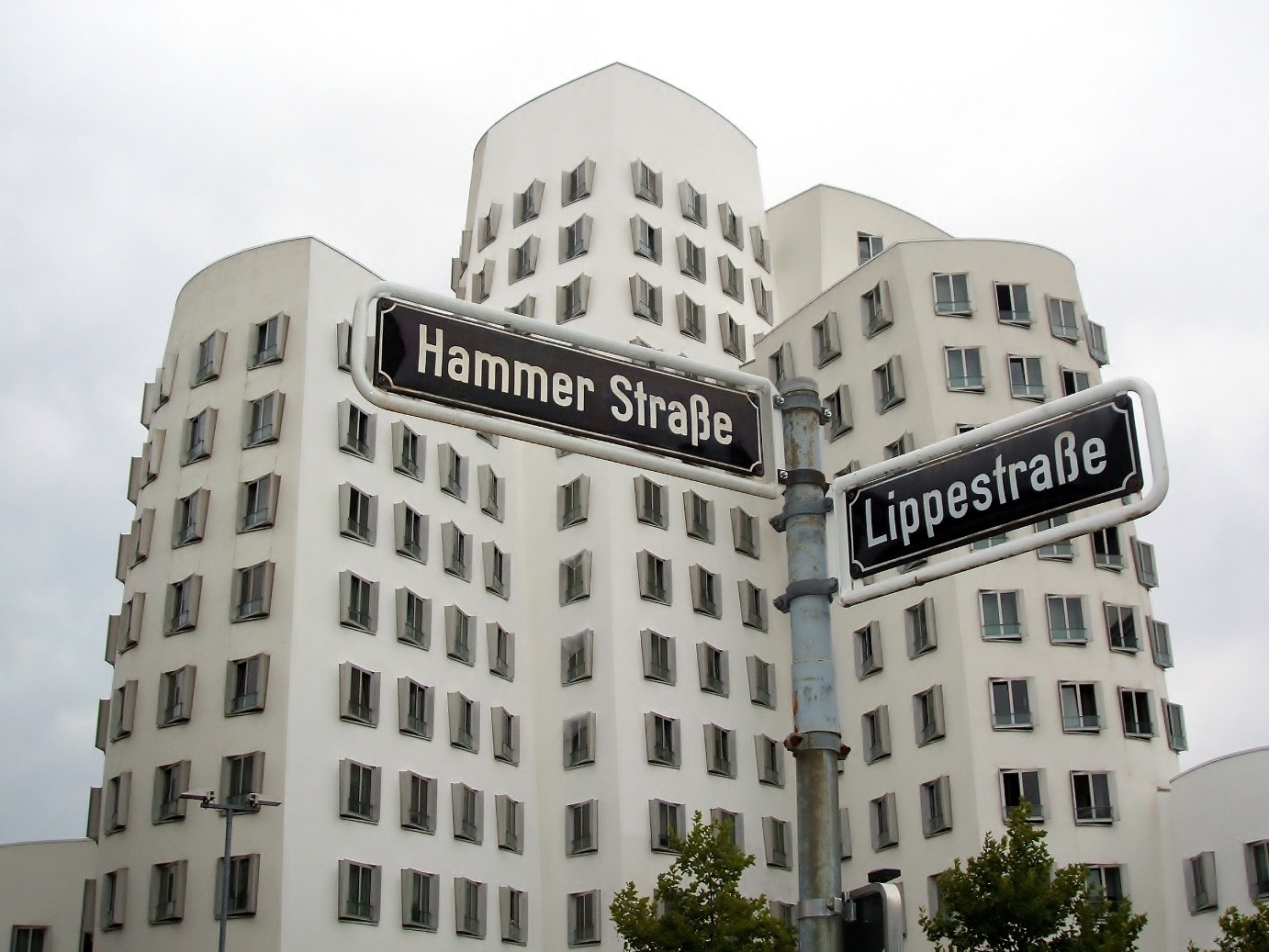 Cologne was a short trip away on the Deutsch Bahn. Another German city, another huge concrete tower and another river with bridges but it did, at least, offer a little bit of Germany's past - in contrast to the contemporary Dusseldorf we had travelled from. Cologne's Gothic cathedral was immense and was, for four years in 1880-1884, the largest building in the world. The Dom is also the most visited monument in Germany. It afforded us great views of the city with a wonderful aspect of the Medieval Quarter and Fishmarkt Square. A trip along the River Rhine on a tourist cruise boat was possibly the dullest I have ever been on. Despite my hopes, I found it difficult to get excited by Cologne. 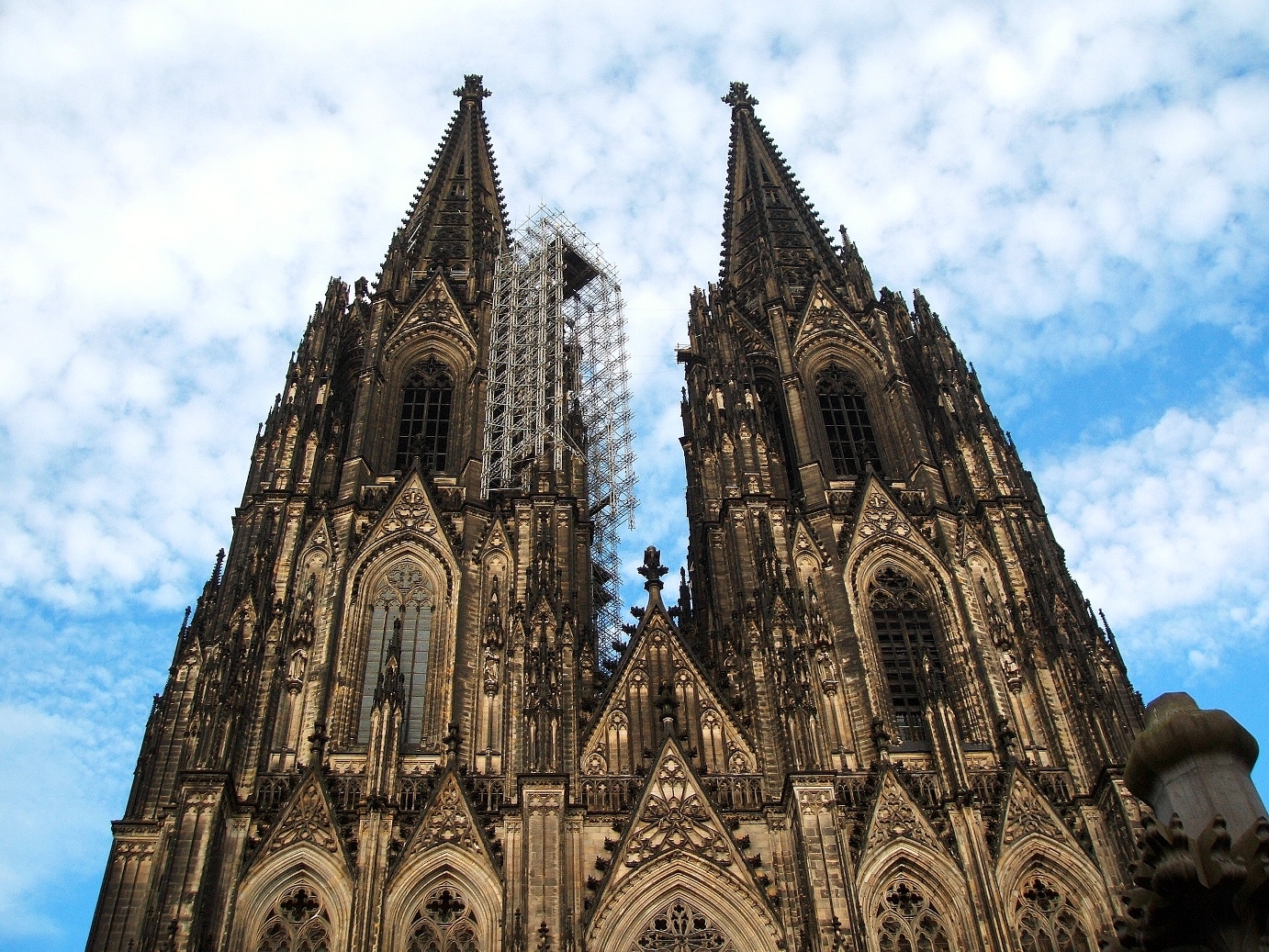 The giant spires of Cologne Cathedral - the most visited monument in Germany.