Where: Turin. Italy, Southern EuropeWhen: December 2001What: Le Mole, Turin Shroud, River Po, Castle Square and my inaugral trip abroad as an adult.Counter: 1 countryHow: Flight and lots of walking in the snowIllnesses or mishaps: Staying in a cheap hotel in the middle of Turin's seedy red light district in the hope of saving money; completely miscalculating the weather and arriving without the clothes needed to keep warm.

Turin, whilst not immediately eliciting gasps of adoration from people you tell about your visit, and whilst not being particularly worthy of mention to some, has a special significance for me. It was my first foreign holiday as an adult and, therefore, represents the start of what has quickly become a life-long obsession of travel. Turin, whilst not immediately kindling the travel bug in me, does, whether I like it or not, represent the start of all of my travel adventures. Admittedly a rather inauspicious start Turin, in northern Italy, is important on a personal level - the little acorn which grew a beautiful tree. Thank you Turin!

Turin was cold! We heaped layers on ourselves after flying out to the northern Italian city in December which explains why we both look so padded in these photos. Walking around like marshmallow men in a vain attempt to keep the cold well and truly out, and armed with a second-hand copy of the Rough Guide to Italy, we set about exploring what this unknown city had to offer, the capital of Italy's Piedmont region and a key business centre for the country. Like most major cities, Turin resides alongside a river - the oddly named River Po. Like other major cities, it also has its iconic buildings (although there aren't too many of those). Turin's Mole Antonelliana building is truly bizarre; it looked organic like it had grown steadily, adding a layer each year. Completed in 1889 it was initially used as a synagogue having been funded by the large Jewish population in the city. It is quite a sight to behold looking, as it does, so ugly and bizarre. Its most notable accolade is that it is reputed to be the tallest museum in the world.

Unfortunately for me, and this Destination Chronicle, my city break to Turin coincided with the age of the good old 35mm camera so my shots of our time in Turin are grainy and few and far between. This is regretful but certainly capture the longevity of my travels since this point - a historical reminder of how long ago this was and therefore, I suppose, no bad thing in the grand scheme of things. Like many of the European cities I was due to visit in the proceeding years, Turin was relatively simple to navigate and walk friendly, being compact. Locals insisted on wearing branded bling as their only way of differentiating themselves from the average, and below average income, Italians. To me, perhaps ironically, I thought it made the people with money look cheap. The city had a real early 1980s feel to it; the trams looked old and the place was a little grubby; most things seemed to be broken. We had the pleasure of staying in a less than desirable area where we had to walk past prostitutes plying their trade and where men huddled in doorways. Still, this added extra spice to the whole thing!

The tower housing the Turin Shroud. 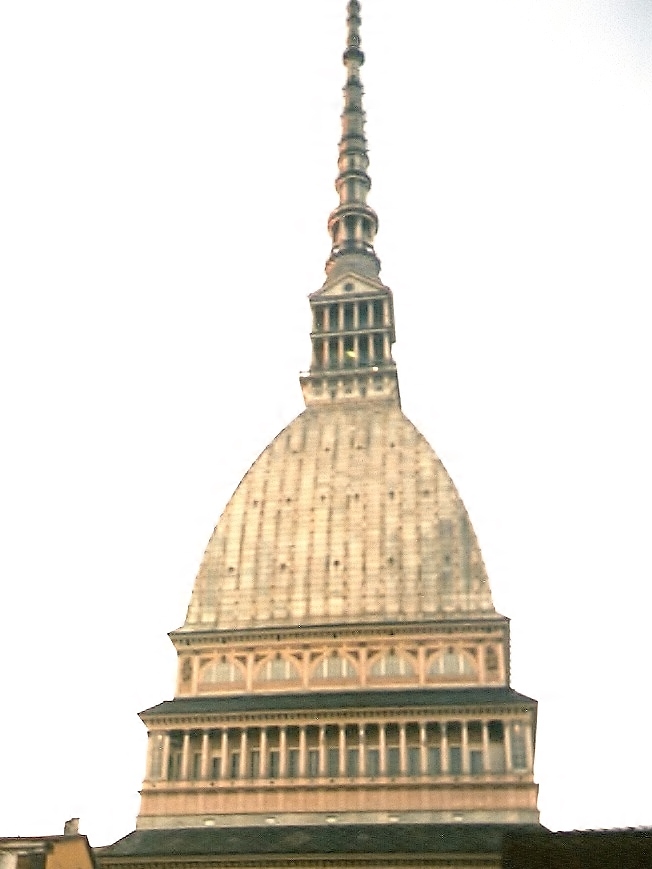 Le Mole - the tallest museum in the world. 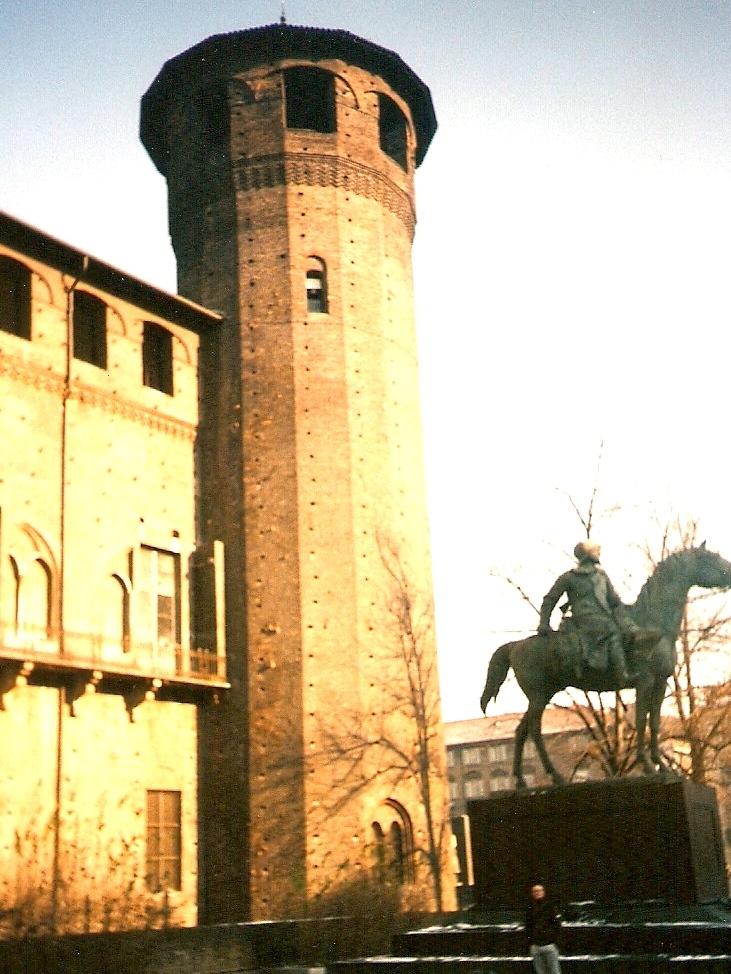 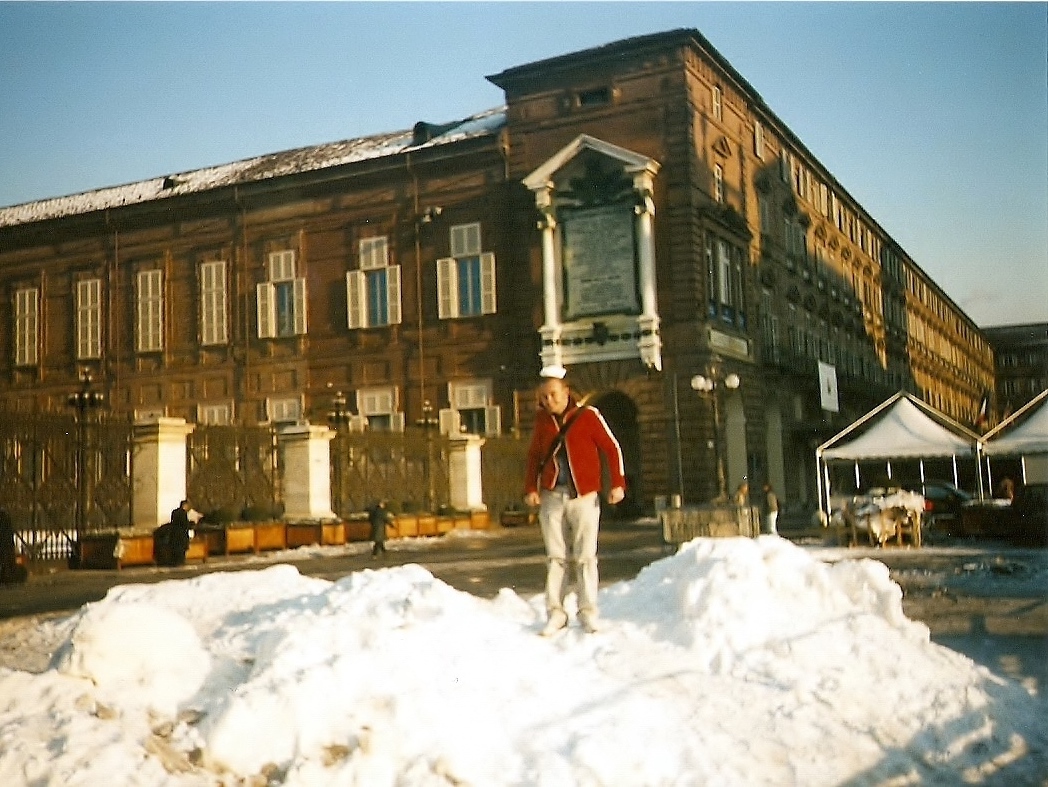