A City Break to the Ukrainian Capital Kiev 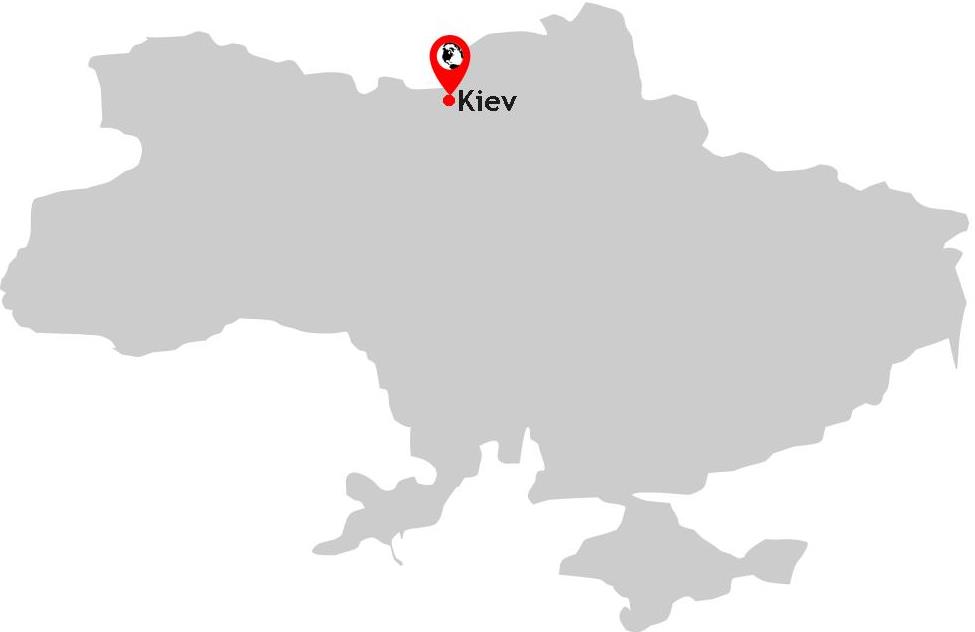 Ukraine is the largest country in Europe. Just its name has the potential to conjure up indignation or concern from those who have never travelled there. Sometimes it feels as if the name Ukraine has only ever been used in a negative context. The huge nuclear power station meltdown at Chernobyl in 1986 may have a large part to play in this. To the ignorant, 'Ukraine' has become a byword for failure - the archetypal former Eastern Bloc country struggling to make its place at the world, even at the European, table. Its geographical location puts Ukraine at the border where eastern and western Europe meet; it is a country trying, like many from the former USSR, to shrug off its past and look forward. For some, moving forward means looking West. Unfortunately for Ukraine, it has a large, bully-boy neighbour which, geopolitically, controls the agenda in the region: Russia. Russia controls the on/off gas switch, too. Thus, Ukraine is a country pulled in two irreconcilable directions - lured by the promise of better things within the EU and cow-towed into a submissive position by Russia which, to some, represents the old, failed way of doing business. Arguably Kiev is the perfect distillation of Eastern Europe: golden cupolas, Sputnik designs and Stalinist architecture. If you want to taste this region of the world, Ukraine should be high up on your list.

We stayed in the 'Really Central' hostel just off of the city's main boulevard Vul Kreshatyk. Our hostel in the capital should have been named 'Really Dangerous' as, on the third night, there was an electrical fire in the ceiling and we were faced with the task of taking our ablutions by candle light. Add to this the fact that the hostel was managed by two women in their early twenties up for a party, and who seemed to think that everyone else staying at the hostel would appreciate their Russian pop music, and it's safe to say that our time at the Really Central hostel was Really Memorable. It was very Ukrainian - and I loved it.

Unsurprisingly, the first place we found ourselves was Independence Square. It's like a magnet in the city - no matter which direction we took, somehow we always managed to end up back there. Independence Square, in communist times October Revolution Square, is a typically Soviet ensemble with Sputnik fountains and beige-bricked buildings encircling. It was a hot day and the large fountains acted as paddling pools for Kievans - adults and children alike. Preserved on a column supporting the main post office building was graffiti from the 2004 Orange Revolution where Viktor Yushchenko was poisoned and appeared to age twenty years in two weeks. Three months of protests against vote-rigging and political corruption lead to a second election where Viktor Yushchenko was declared president. The face featured in the graffiti was that of Yushchenko and translated for me were the words "Victory" and "Yes". Years after visiting Ukraine, the country was to face further strife, Independence Square once again the site of mass protests resulting in bullets being fired at unarmed civilians, the fleeing of the country's president to Russia and, ultimately, the annexing of Crimea by Russia because of a growing separatist movement in the east of the country.

The Great Patriotic War museum complex was bizarre; Second World War hardware, the huge one hundred metre tall Statue of the Motherland - disparagingly dubbed 'Tin Tits' by locals and, all the while, intense military music reverberated all around. It did serve for a very strange and unsettling experience and one worthy of a place on your Kiev itinerary. The Motherland statue itself is both awe-inspiring and absurd at the same time. More unsettling was our visit to the Chernobyl Museum in the Podil district of the city. We both really wanted to visit Chernobyl itself - a chance to walk around the abandoned homes and streets of Pripyat - untouched since the 1984 disaster and still radioactive in places. We were certainly up for the £100 cost, but unfortunately missed the dates. A real regret from this trip was not being able to go but seeing artefacts from the nuclear power plant in the Kiev museum was as potent as anything I have experienced abroad.

Kiev was a fascinating place to visit and I can't help feeling that there were things I should have seen and done. Ukraine is the kind of European country I love to visit. Forget Venice, Paris or London - Ukraine is compelling and, whilst it isn't really set up for tourism (an added bonus in my eyes), this should not put you off. This is a land of Eastern Orthodox golden domes, revered military installations, Soviet motifs and a touch of the weird thrown in for good measure. What more could you want from a city break? 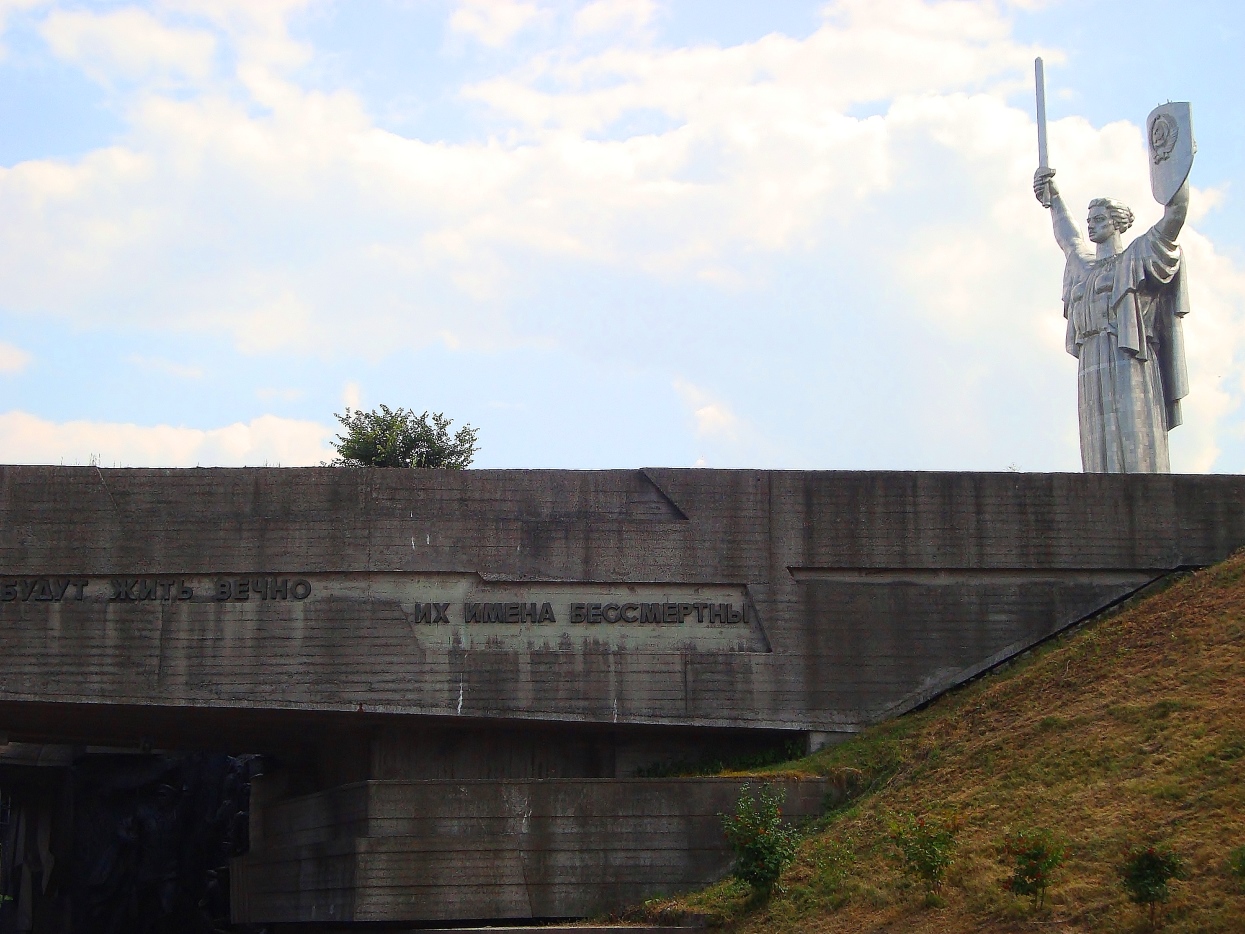 Motherland Statue : I love the combination of concrete, Cyrillic writing and the Motherland statue here. A more Ukrainian photograph you will not find! 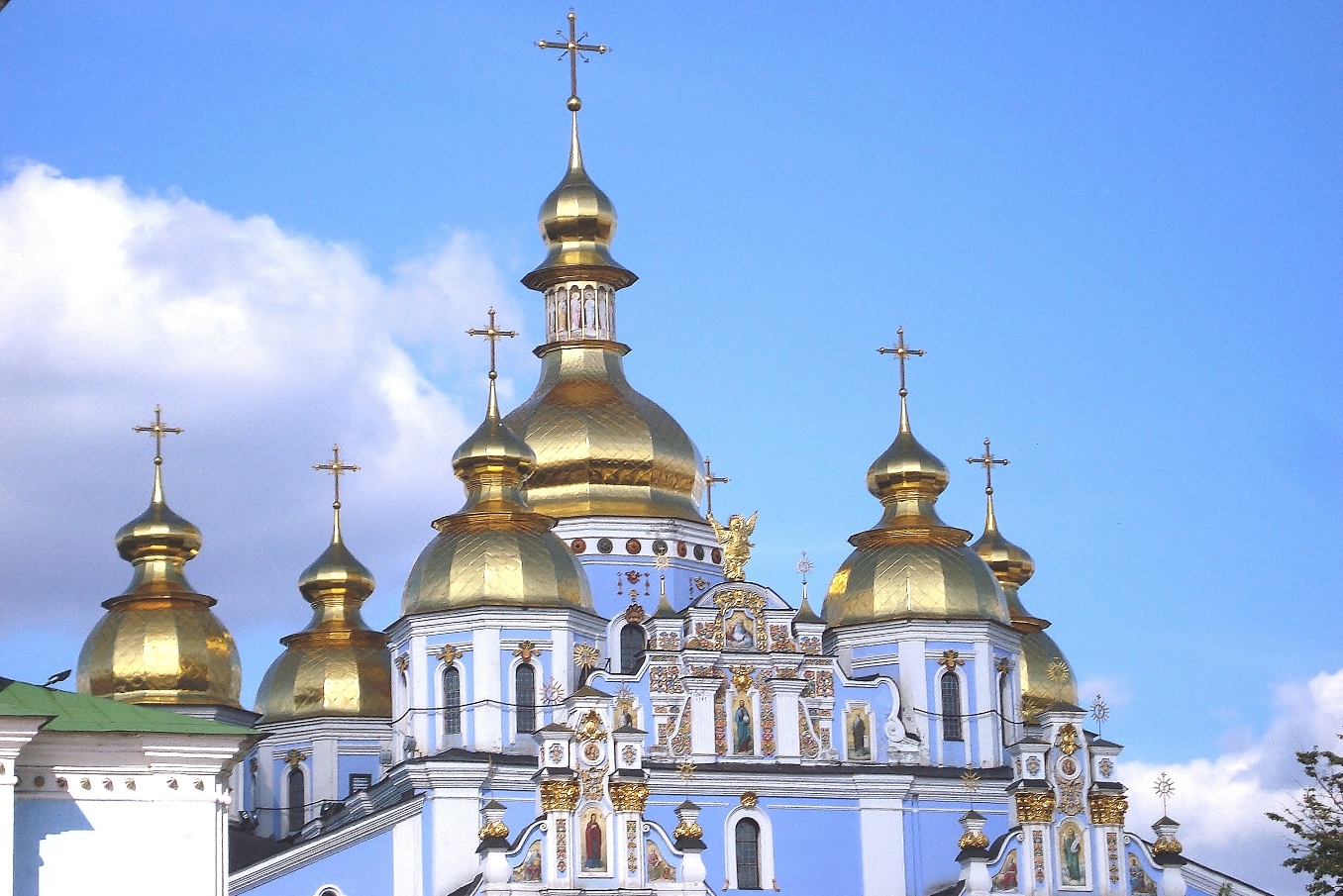 The beautiful golden domes of the Church of St Michael. 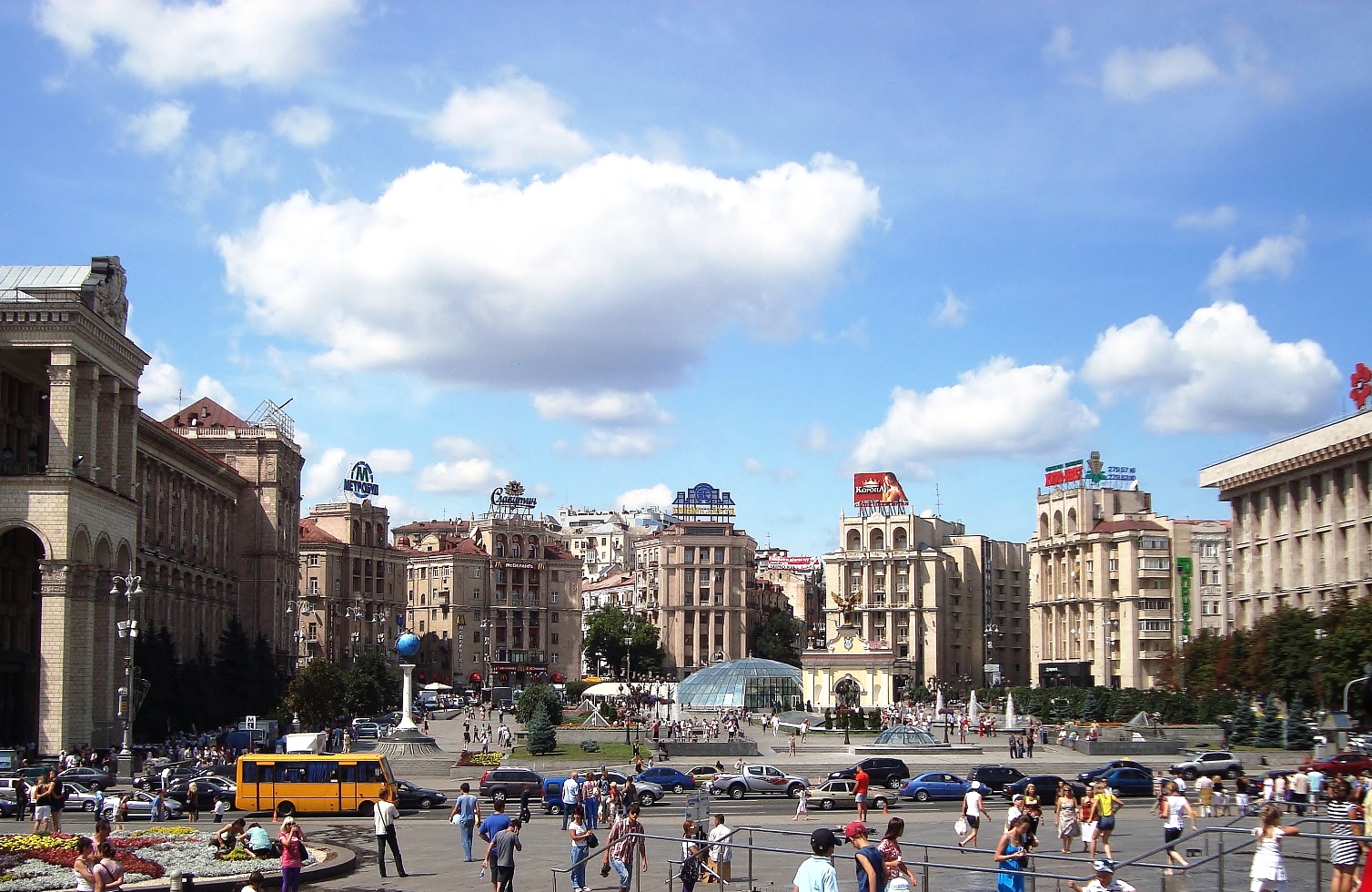 The circular formation of Kiev's Independence Square whose buildings during Soviet times were once draped with huge red flags of Lenin and the hammer and sickle on national days of celebration. It was later the scene of the Orange Revolution which brought Yushenko to power following his infamous poisoning by some of Ukraine's darker political forces.