A Portuguese Adventure to Lisbon & Sintra 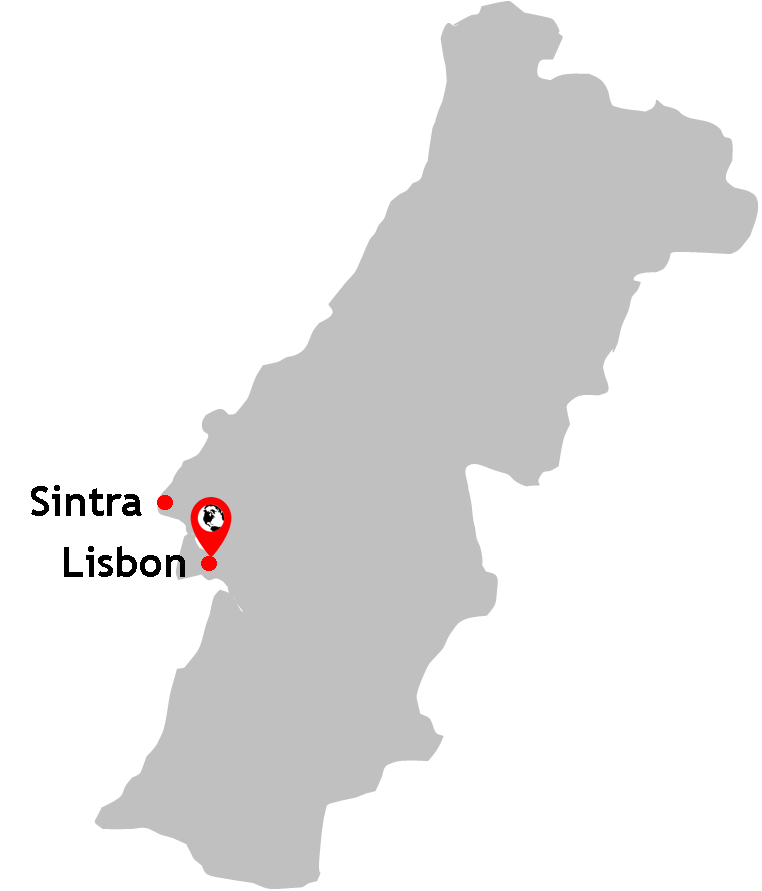 Portugal is one of those countries that I was not too fussed about visiting. Think Portugal think Algarve, think Britons abroad and think beaches. As mentioned elsewhere on this site, this is not my ideal travel experience. For me, the Portugal problem is that you know what you are going to get before you even arrive; there is far less mystery and surprise involved in a trip to Portugal than other places. This isn't Portugal's fault - this is solely down to my preference for more off-the-beaten track destinations which, along with their untrodden paths, have a greater degree of mystique and allure about them. I enjoy the element of surprise, the type of trip where you have little idea about what you'll come across and what you'll see until you get there. Cut to my previous trips to Armenia, Georgia, Ukraine, Jordan, Palestinian Territories and Russia and you'll get where I'm coming from. Admittedly the only draw for me was that I had not been to Portugal before. And that was it.

So, with slight trepidation in my heart I stepped into Portugal with a friend for a five-day, four-night stay in the Portuguese capital Lisbon with a well-trodden day trip westward to Sintra thrown in for good measure. In doing so I stepped into my 44th country. Of course, on arrival, it is clear to even the most cynical of travellers that Lisbon, and therefore wider Portugal, has more than enough to satisfy even the most demanding of visitors. You realise there is a reason why so many people travel here - and so often. Portugal is perfectly formed, a feast of culture and colour and a perfectly delightful place in which to be a traveller. Perhaps the latter is the reason why it is so popular with holidaymakers rather than with travellers (there is a distinct difference between these two visitor groups). Initially thinking five days and four nights was way too much, we only just managed to fit everything in with a distinctly frantic foray around Lisbon's sights on the final day fuelled only by coffee, Portuguese patisseries and a sense of nervous excitement...

On the surface Lisbon looks like so many other cities in Europe with a long history: red tiled roofs, cobbled streets, church spires, historic architecture. What is immediately noticeable, and something I've not seen before (certainly not in such abundance), are the decorative tiles which adorn the face of seemingly every building in the capital. These intricately designed tiles, or azulejoes, are rather marvellous, being, as some are, up to five hundred years old. These tiles are Moorish in origin, designed by Arabic settlers from northern Africa. This fact goes some way to explaining the Moroccan-like designs so prevalent in Portugal. A trip to the Saint Jorge Castle which imposes itself prominently on the Lisbon skyline, perched on a large hill overlooking the city, is one of the many popular sights. The hill affords you wonderful 360 degree views of the city. The castle's importance itself is rather lost on me - I'm not a great fan of the things as they all seem to look alike to me. Driving rain on our first full day meant that taking in this view was highly problematic. Splashes of rain on the lens, a heavy grey sky and wind tugging at my arms resulted in marginally underwhelming photographs of a vista which, I'm sure, looks rather beautiful on a good weather day. Travelling around Lisbon is easy using the Metro trains - but is fraught with problems in the rain. A note of caution here - your daily Metro travel card, at €6.50, regularly fails in damp and cold conditions. We had to re-purchase several during the trip. Not a very good system and in the end, seemingly, not a cheap one either.

No trip to Lisbon would be complete without taking a journey on the delightful Number 28 yellow tram - a traditional tram with wooden interior, sash windows and manually operated levers and controls. However, don't be fooled: these cute little things bumbling through the city can be, when you're inside, more accurately compared to a roller coaster ride, violently jolting and jerking around sharp corners and up unbelievably steep cobbled streets. A full circuit takes around forty five minutes - a fun and easy way to navigate the city's labyrinthine streets and key sights - especially in the rain. The yellow tram is Lisbon's equivalent of the red bus in London: iconic, memorable, endearing. Whenever we got lost, the Number 28 tram always seemed to be just around the corner to scoop us up and whisk us away out of the rain. Luckily our final day in Lisbon was gifted with bright sunshine and blue skies: the Lisbon we experienced on our first day seemed a world away. As the forecast improved we made a plan to head out early to make sure we avoided any afternoon clouds and explore Lisbon - in some cases retaking photographs for a second time. Our first port of call on the tourist trail was the Santa Justa lift, a wrought iron elevator from 1902 built by an apprentice who worked on the Eiffel Tower in Paris. This association explains its uncanny resemblance to the tower. Its long legs lead to an observatory at the top - like a box on stilts. Its walkway connects the two city districts of Rossio and Baixa-Chiado. For a swipe of our Metro card and a €1.50 top-up we caught the Lisbon skyline in all its sunny and blue sky morning glory - somewhat of a relief as my skyline shots from rainy day one taken at the castle did not do Lisbon justice.

A few more swipes of the Metro card whisked us to the area of the city known as Belem (translates as "Bethlehem"), home to the fairy-tale Belem Tower which points majestically out to sea, a monk monastery, the contemporary art Berardo gallery, and the giant 52 metre-high Padrao dos Descobrimentos statue also known as the Discovery Monument featuring Portugal's greatest from its age of exploration and restoration. Its ship shape and sea-ward leaning figures are quite powerful, even more so when viewed with the red Ponte de 25 Avril Bridge in the background, a smaller rendering of San Francisco's Golden Gate Bridge. The Discovery Sculpture has a viewing platform on top from which you can take in the Belem vista and see the monastery, tower and dinky moored boats from a high vantage point - that is, however, providing you are prepared to walk the 267 steps tucked away inside the statue itself to get there (which we did). Our final day in Lisbon was also the one where we dipped our culinary toe into Portuguese tastes by trying a shot of Ginjinha (23% proof) and the gorgeous Pasteis de Nata (a uniquely Portuguese on the custard tart). Both very Moorish (pun intended). Our culinary hop, skip and jump through Portuguese tastes ended musically with a very brief sampling of Fado in the famous and labyrinthine Alfama district of the capital. 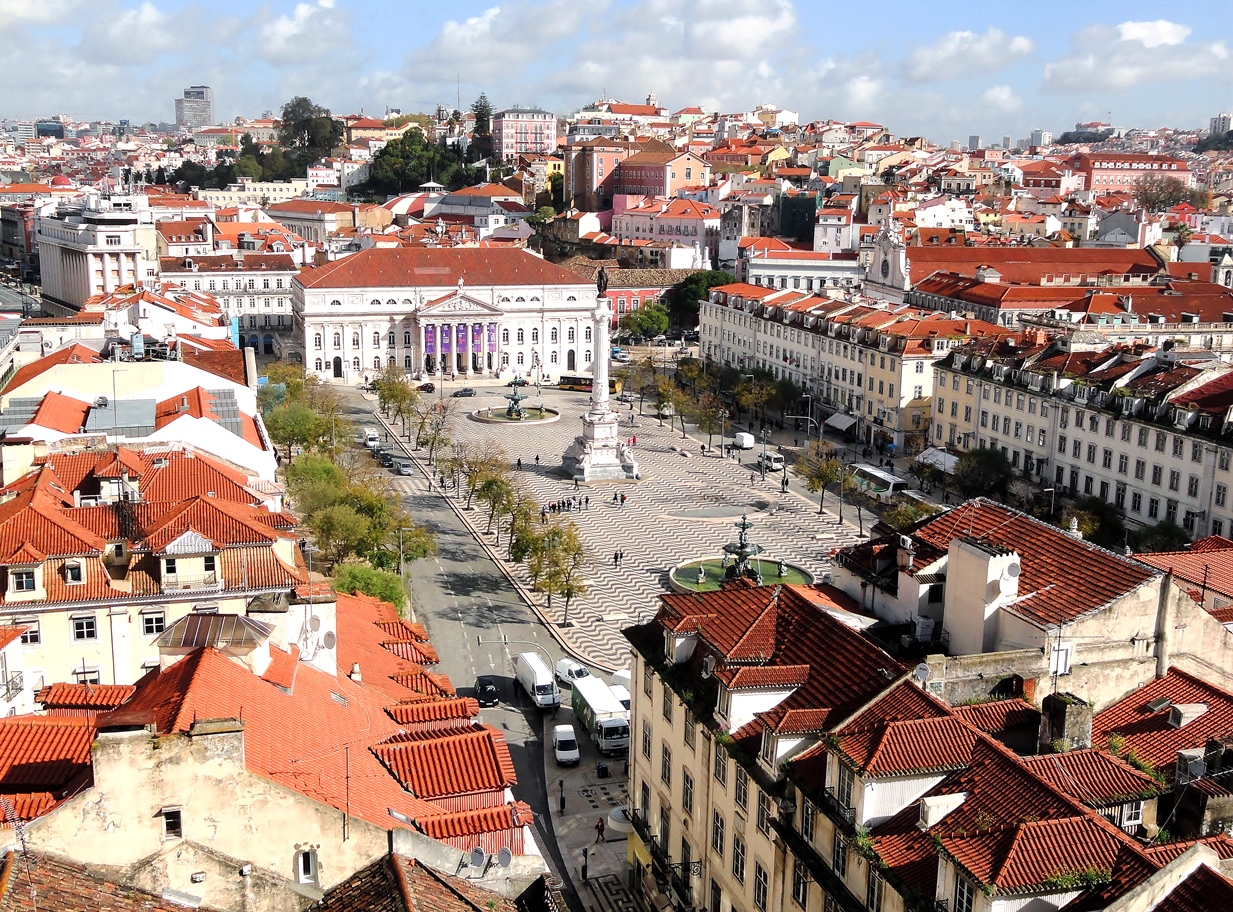 The heart of the city: the view of downtown Lisbon's Rossio Square (more formally known as Placa Don Pedro) as seen from the viewing platform of the Santa Justa elevator. At the end of the square you can see Lisbon's National Theatre and the tall monument in the centre is that of King Don Pedro. 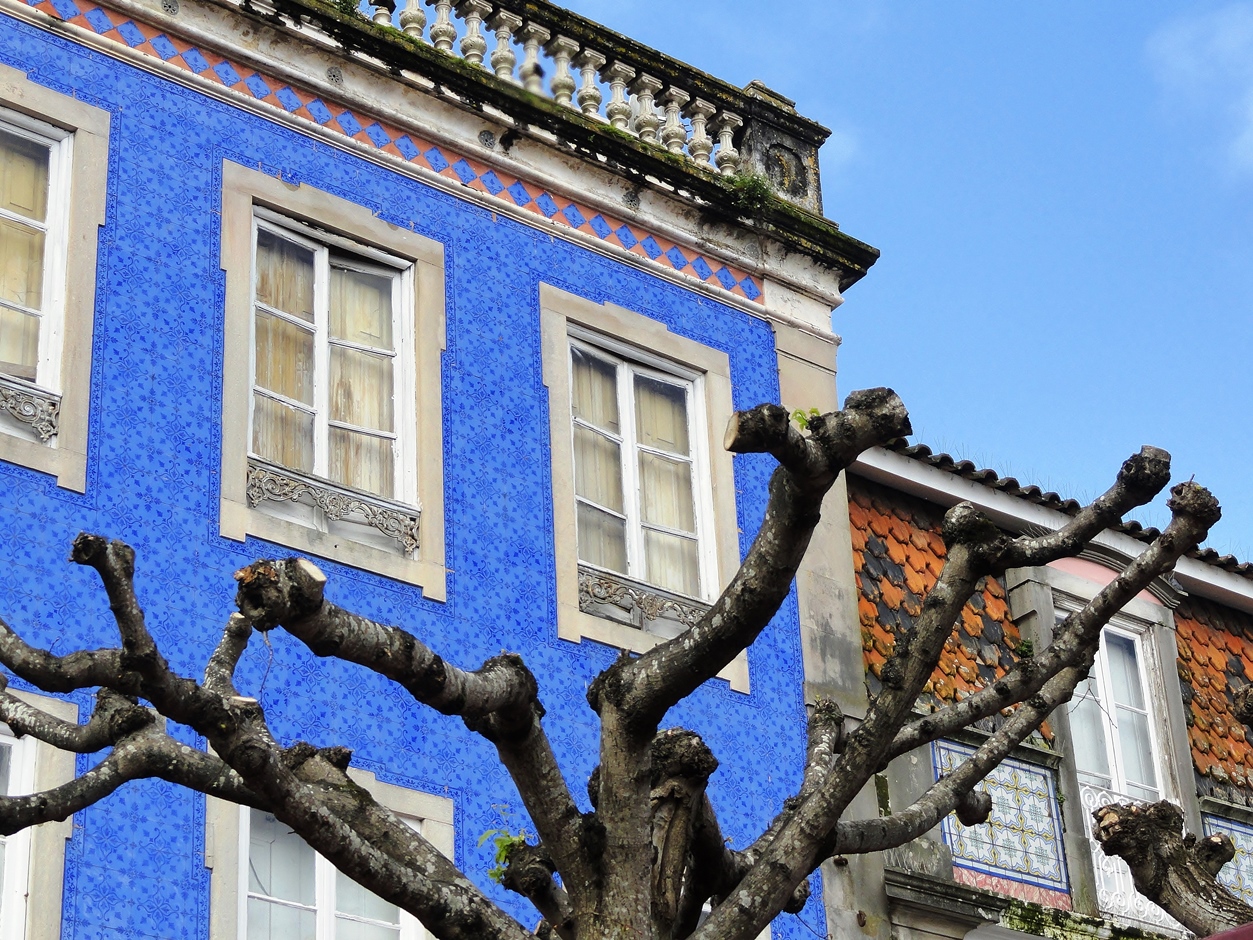 A characterful tree foregrounds a building with a distinctive tiled fascia. 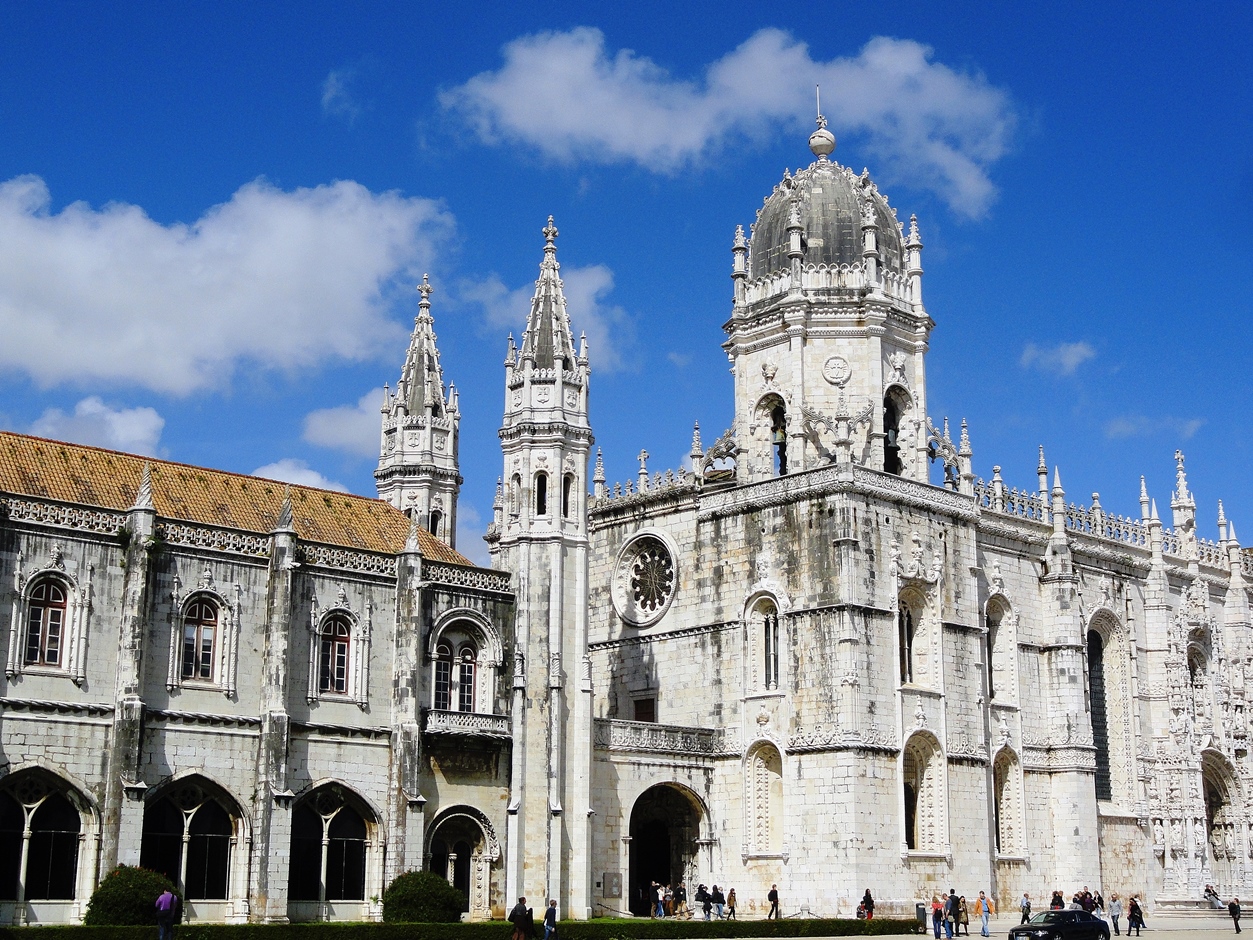 The Jeronimos Monk Monastery in the Belem area of the capital. Rather impressive and worthy of a trip to Belem in itself. 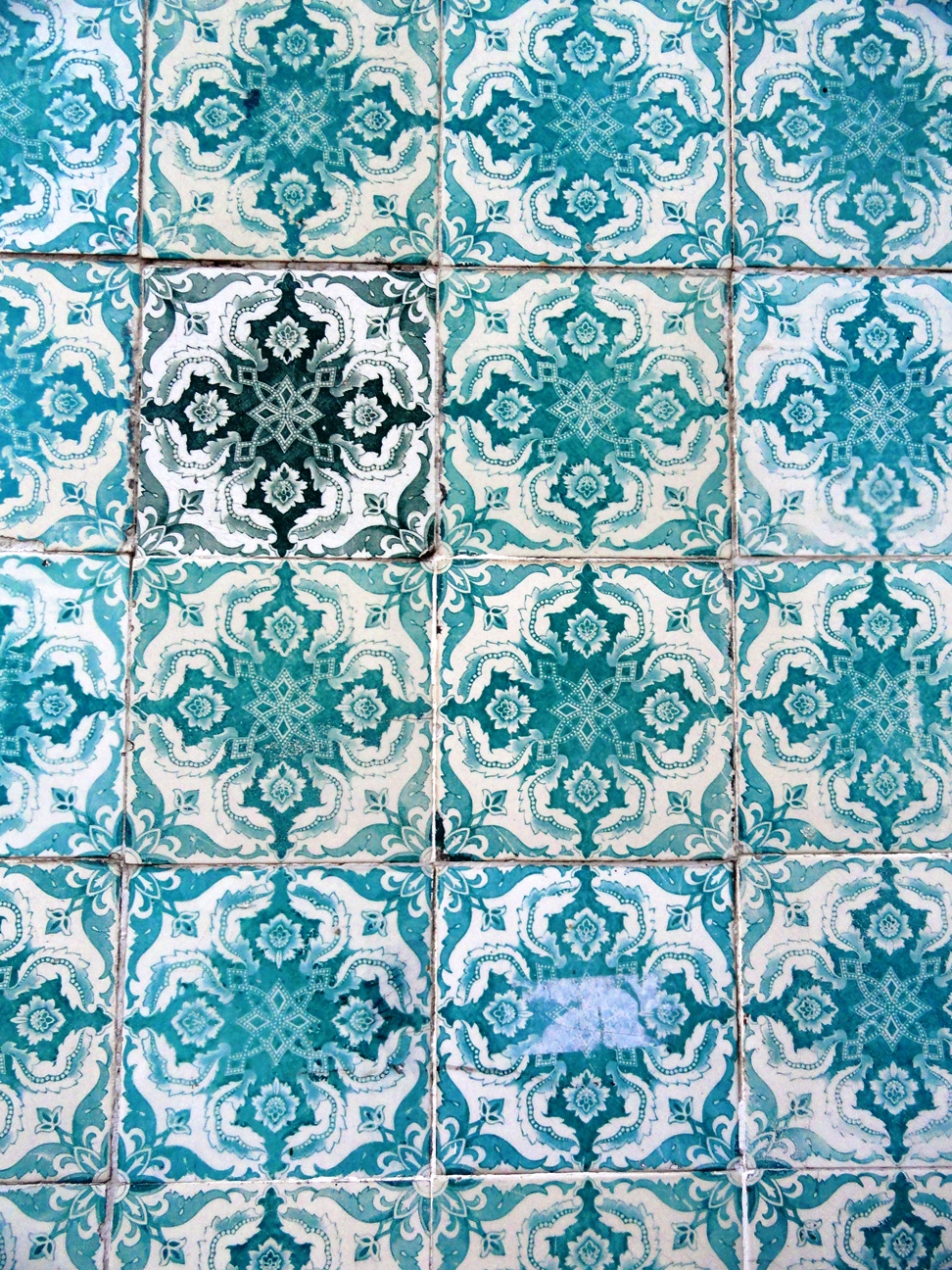 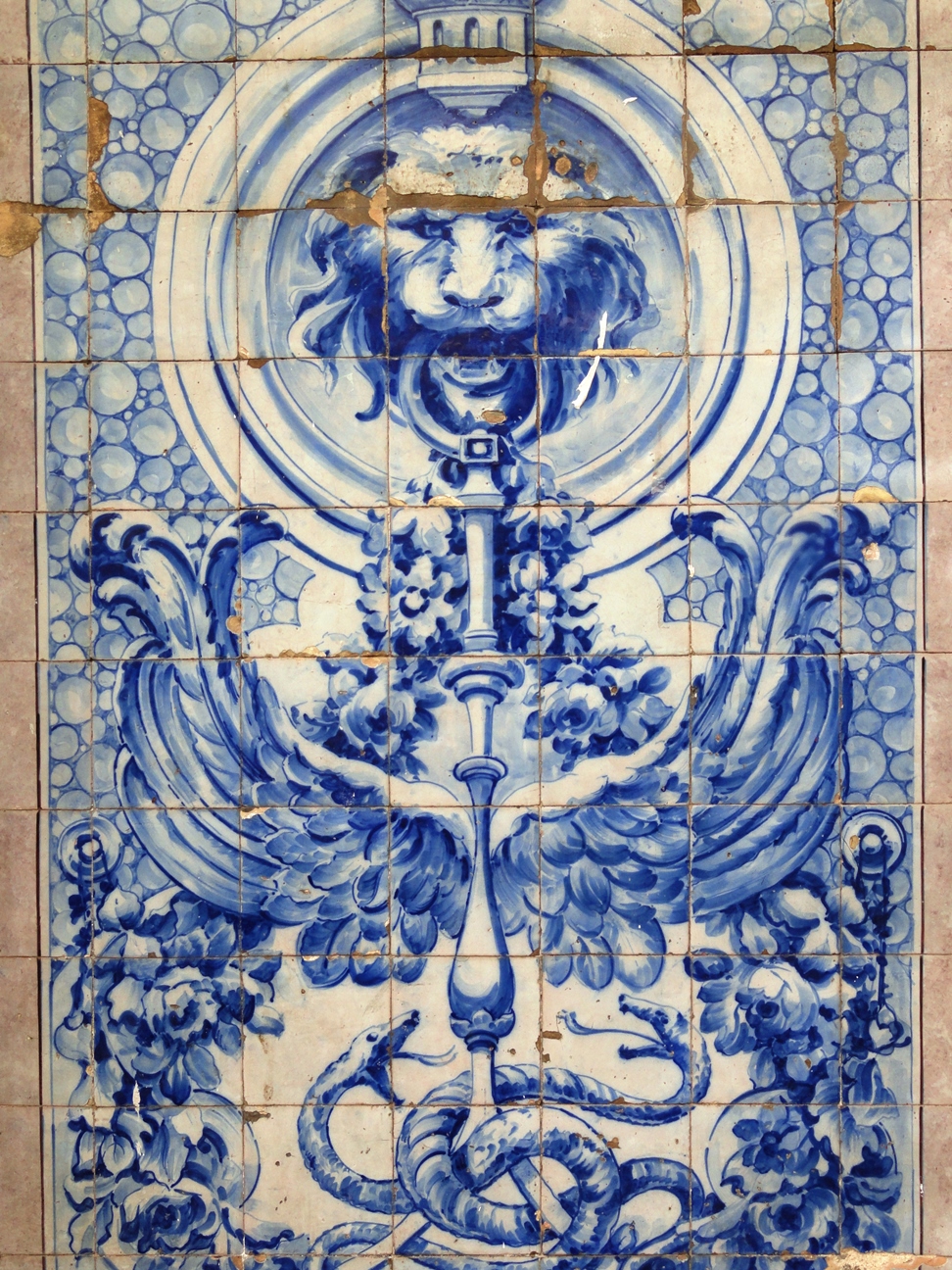 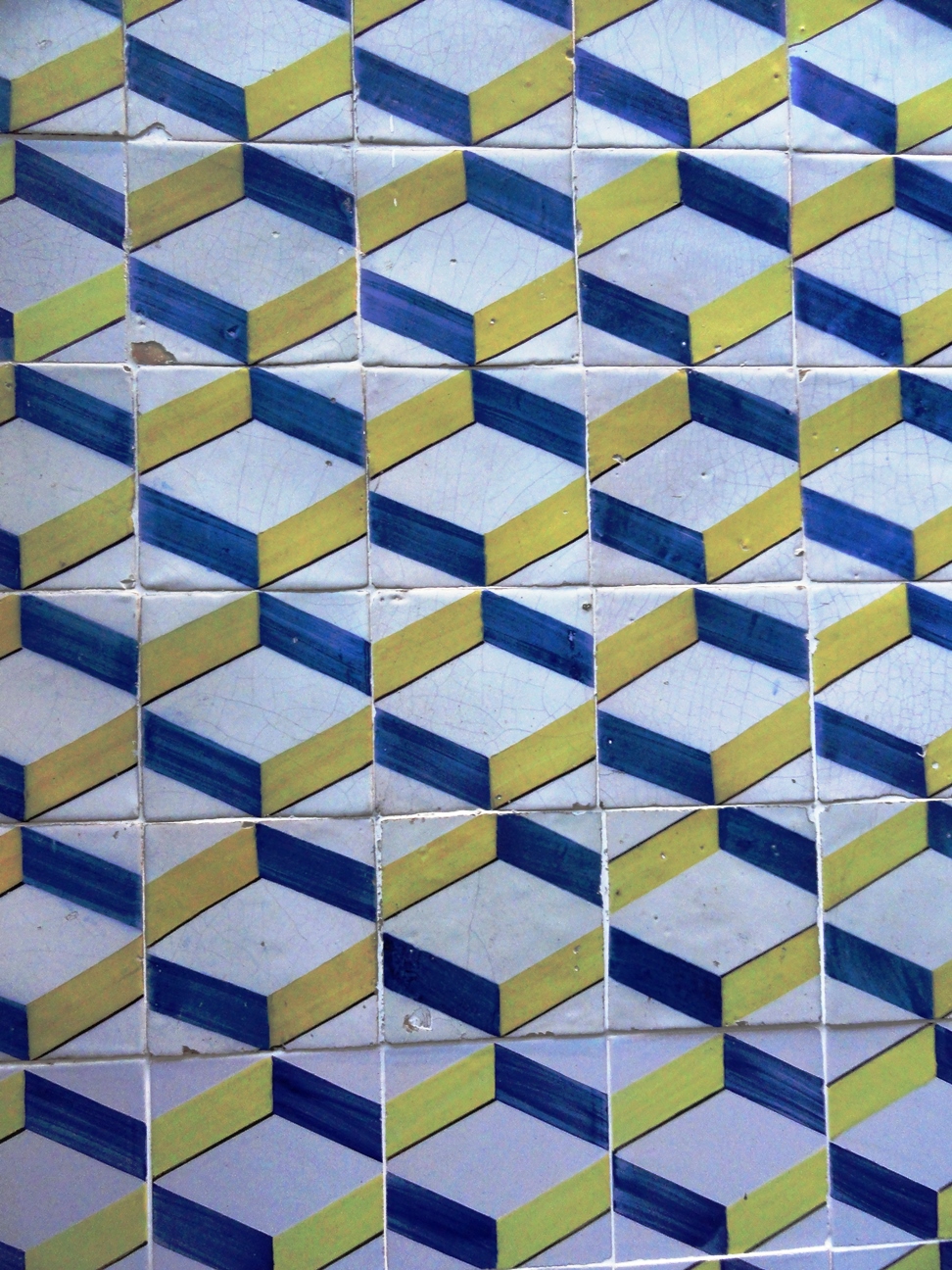 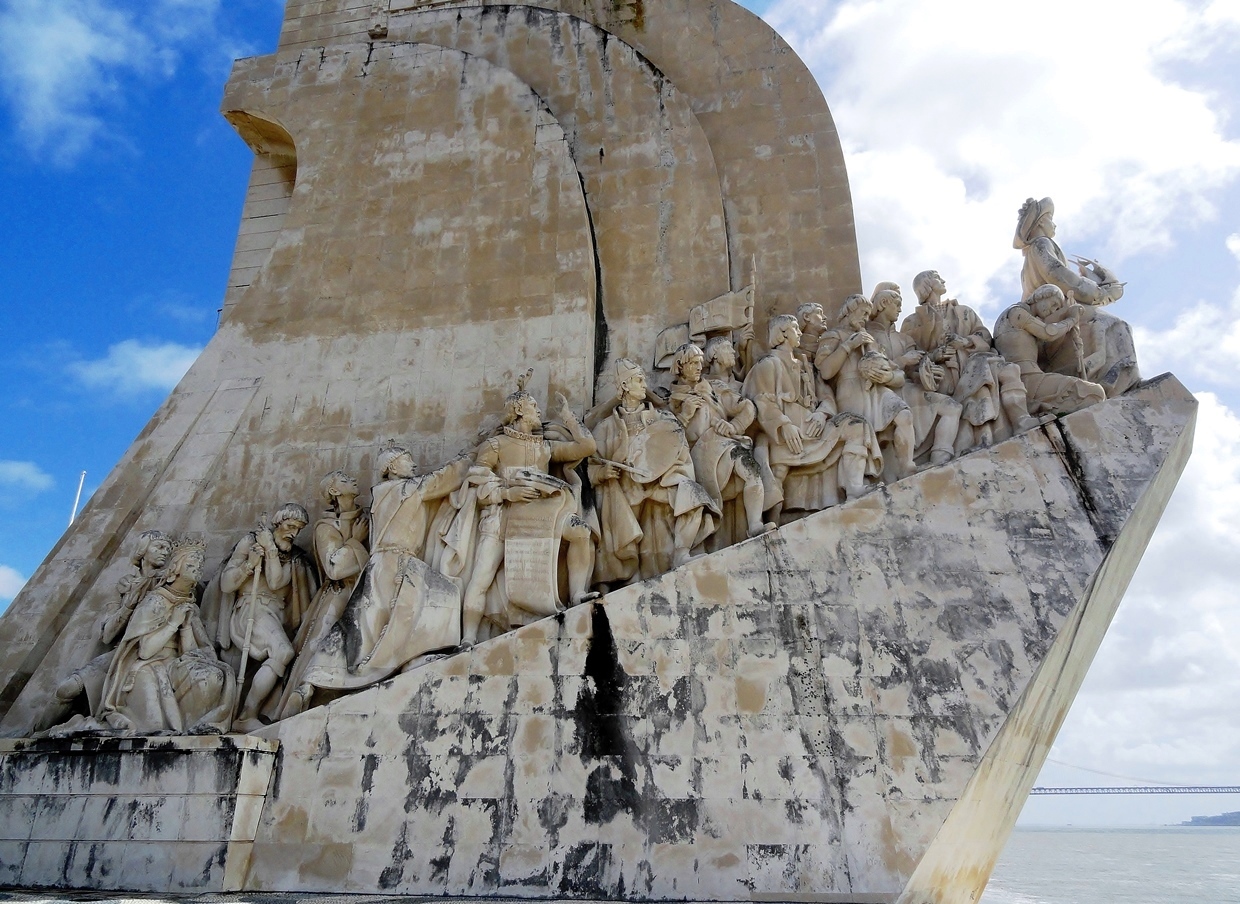 The Monument of Discoveries in the Belem area of the city. 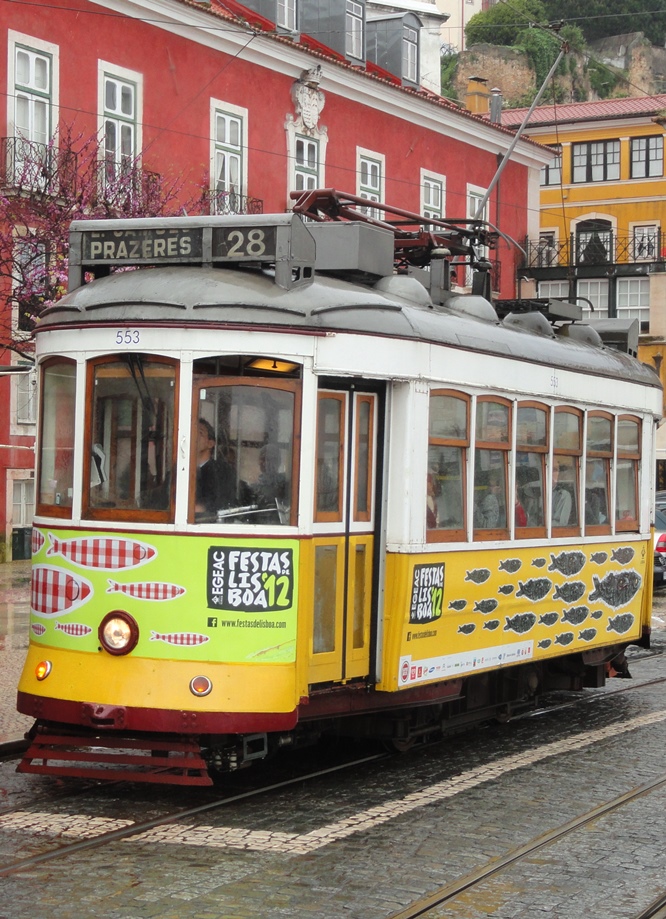 Iconic Lisbon: the No.28 tram.

Sintra lies less than an hour's train journey from Lisbon and is a real gem of a place. It is part of the Grande Lisboa (Greater Lisbon) region and is a popular destination for day trippers. Indeed, Sintra has its own station in Lisbon (Rossio) where all the trains, without exception, terminate at Sintra. It makes for a quick getaway but not a very interesting departure board. Sintra's palaces, castles, gardens and winding streets earned it the accolade of World Heritage Status from UNESCO in 1995. Sintra has a very unique-looking National Palace with its two cone-like turrets and a fantastical Palace of Pena - perched on top of a hill of what seemed to us to be a very long and tortuous journey upward. Only attempt this trek on foot if you're reasonably fit, when it's not too hot, and if you're not in a rush - otherwise take a taxi for the four kilometres to the top for a few Euros. I was shattered by the time we reached Pena - on our ascent we chanced it as hitch-hikers in a desperate bid to catch a free lift up to the top. In the process we ended up accidentally flagging down a Portuguese police car thinking it was a taxi. Brief dirty looks; drive off; oops. Sometimes it pays to read the guide book just to check how far things really are!

Pena Palace has got to be one of the most unique buildings I have ever seen, a completely kitsch fusion of colours, textures and architectural styles. Fairy-tale turrets rub shoulders with Islamic golden cupolas and minarets, stone gargoyle-like creations (notably Triton - a half-man half-fish creature which hangs menacingly over one main gateway) sit alongside Moorish patterned tiles, and pastel pink and lemon walls jostle with three dimensional spiked and bobbled stonework. The palace is not austere and grandiose like so many others, but playful and infantile making it one of the finest examples of Portuguese Romanticism the country has. The panoramic view from the Palace's terrace overlooking Sintra, and beyond, is charming in its rural simplicity - rolling hills, blue skies and little red roofs sit in perfect synergy. The danger of Pena is that photographs online really do not do the palace justice and therefore you may be tempted to give it a miss. It's a cliché but you do really have to see it up close. Indeed, if I had a palace this is what I would want it to look like. The Gothic Regaleira Palace was also rather impressive and worth the walk to see it. Our day in Sintra was interspersed with delightful conversations with tourists and locals alike, ending with a visit from a very friendly tabby cat on one of our coffee stops. The cinnamon flavoured Sapa cakes we tasted there, a Sintra renowned creation, were as unusual as they were tasty. We also stopped off at the Piriquita Café for one of its famous cakes - a must do recommended by Lonely Planet when in the town. The Portuguese certainly do cakes and patisseries amazingly well. Sintra was a bit of a turning point in the trip after such an inauspicious and very drenched first day and a half in Lisbon. Sintra restored our travelling spirit and put a spring in our step for the final day back in the capital. 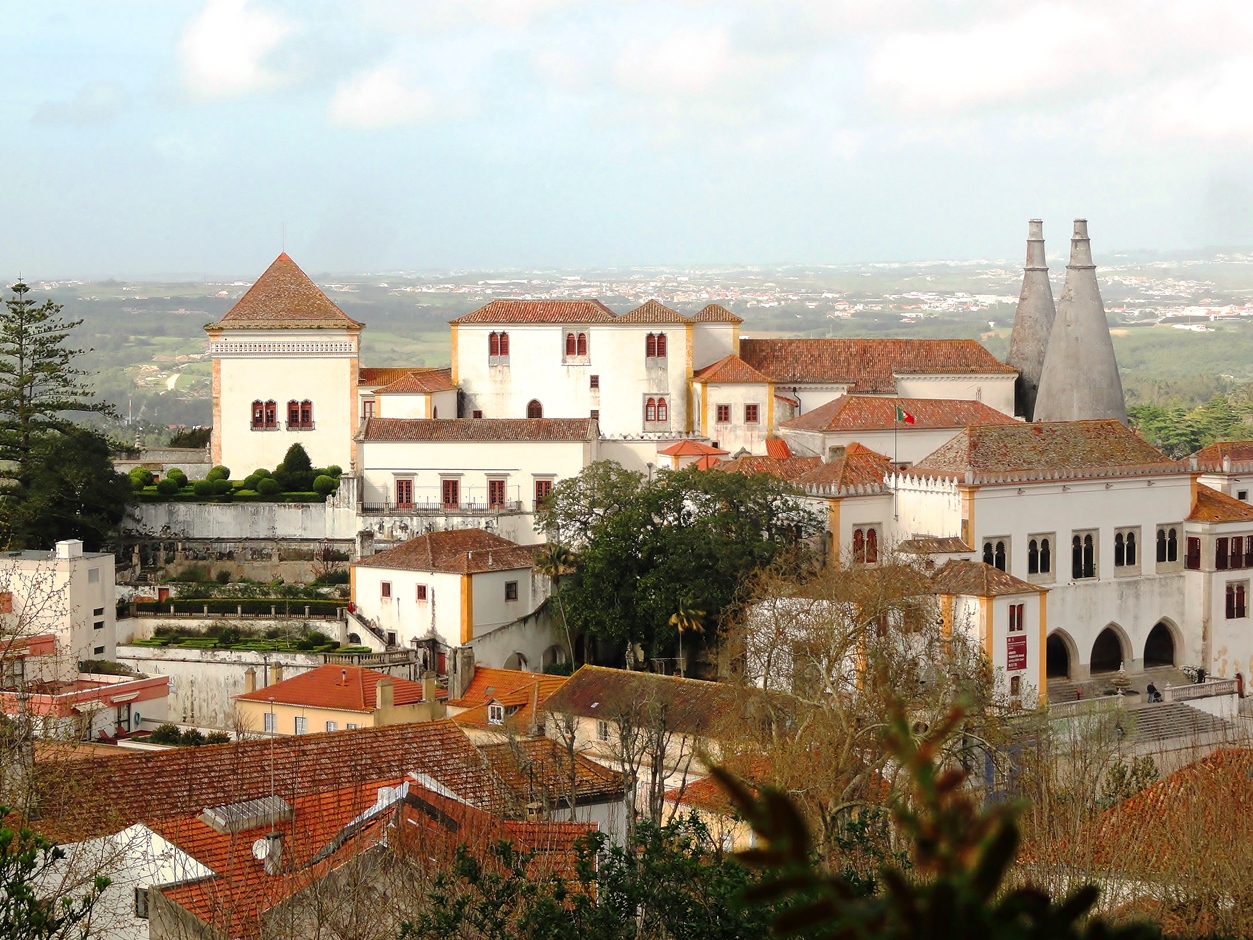 The charming view of the National Palace of Sintra with its two cone-like turrets. 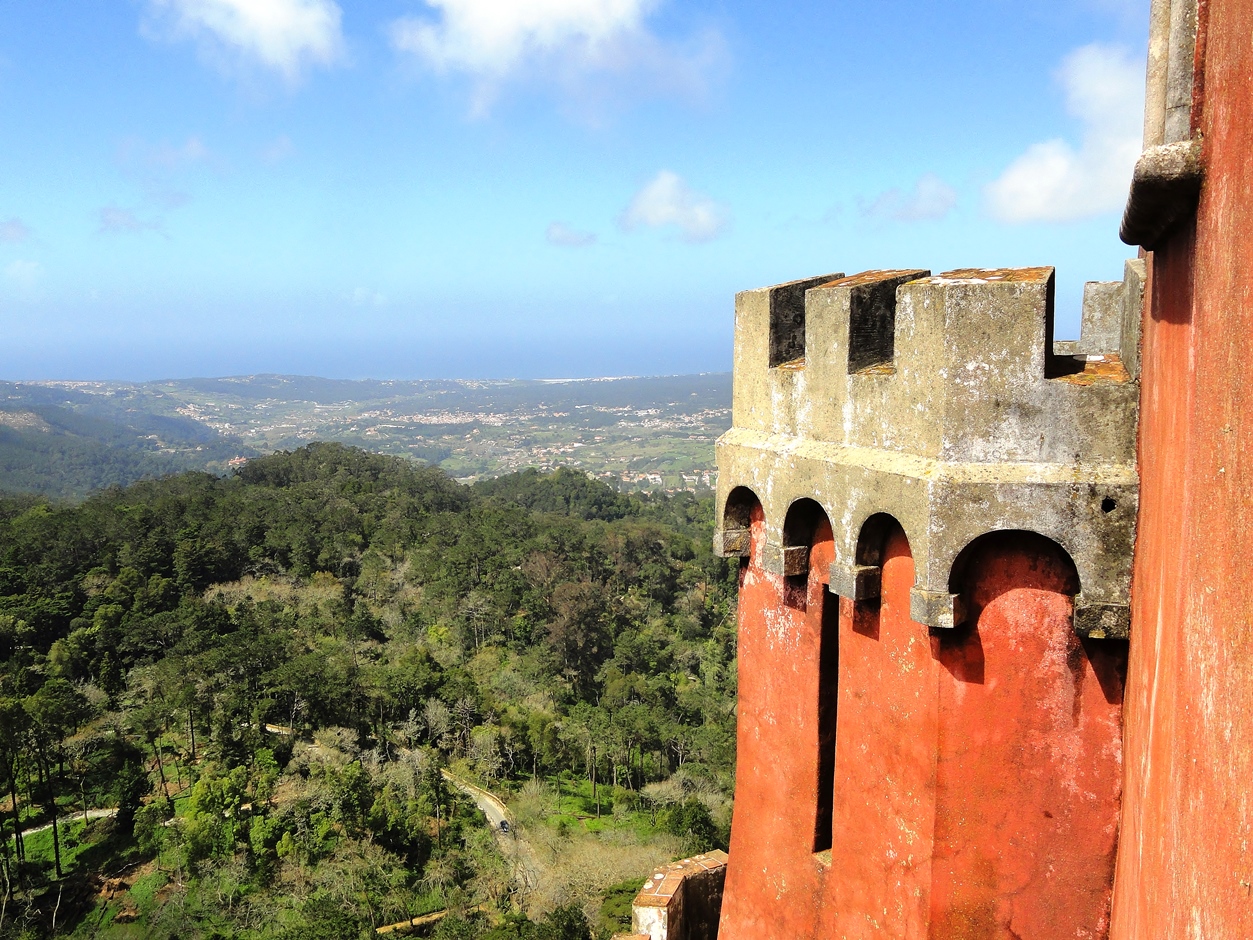 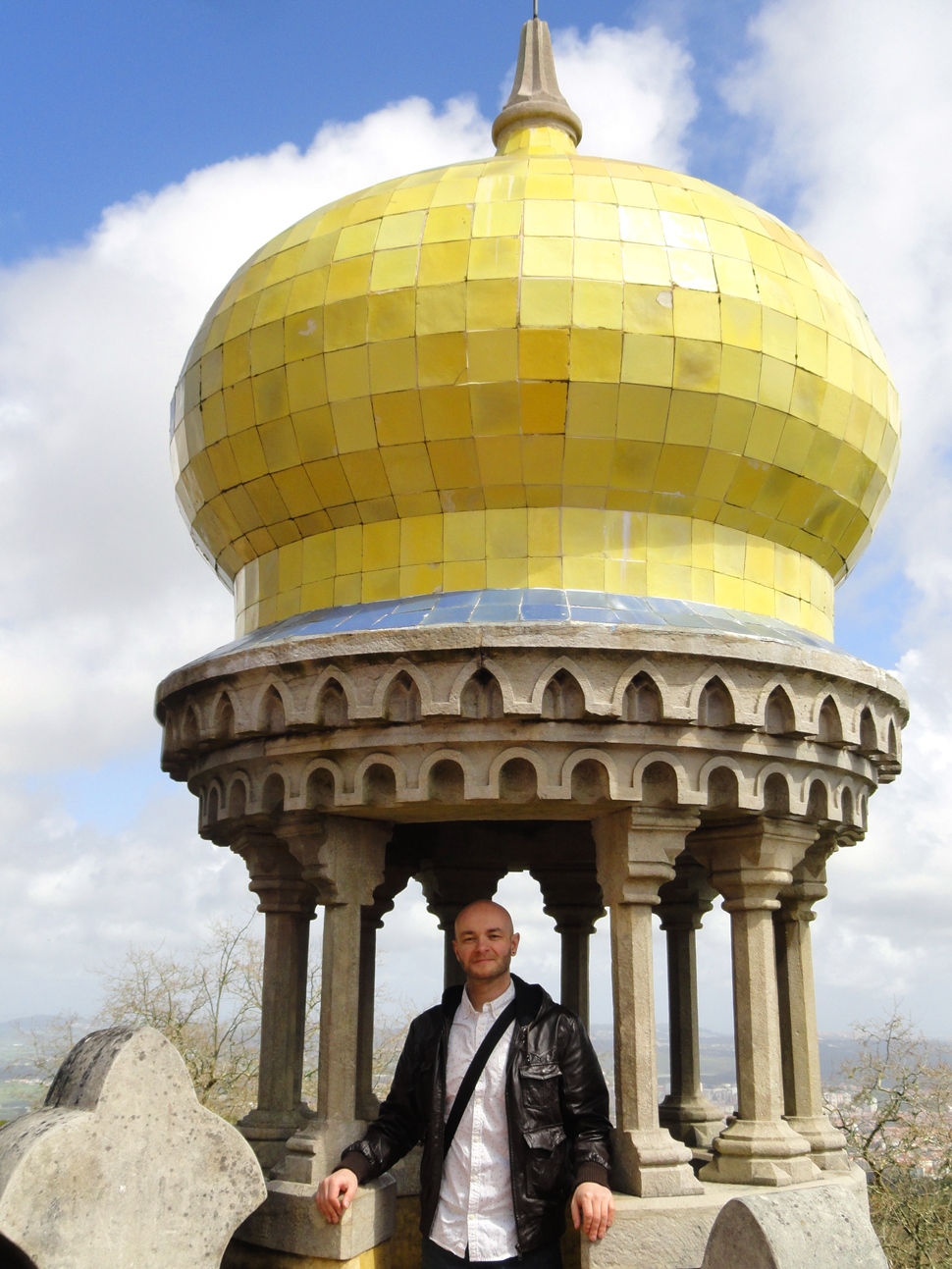 A Pena Palace battlement looks out towards an inspiring view of Sintra's blue skies and rolling hills.