Travelling to foreign lands, with its promise of unforeseen adventures and unforgettable sights, is an immersive and visceral experience. My travelling journey began back in my early twenties with a humble trip to Italy. Since then I've travelled to ninety two fascinating countries covering five continents - and counting. Through my photography and writing I try to capture a sense of the incredible places I have been: from Azerbaijan to Albania, Switzerland to Swaziland and Uzbekistan to Ukraine. People no longer ask how I am, only where I'm headed next. Follow my adventures.

Where I am now

It's only when you've seen the globe's most famous sights that you can truly say, perhaps, that you've travelled the world. I'm lucky enough to have photographed some of the world's most iconic, among them the Statue of Liberty in the USA, St Basil's Cathedral and the Kremlin in Russia, the Taj Mahal in India, the Lost City of Petra in Jordan, Niagara Falls in Canada, the ancient Pyramids at Giza in Egypt, the Great Wall of China, the Blue Mosque in Turkey, the sparling gold Shwedagon Pagoda in Burma, the azure mosaics of the Registan Ensemble in Uzbekistan, the iconic Dome of the Rock in Israel, the moody peaks of Milford Sound in New Zealand, Table Mountain in South Africa, the Kyoto Golden Temple in Japan, and the smiling faces of Bayon at Angkor Thom and Angkor Wat Temple complex in Cambodia.

I have also embarked on longer, multiple-country adventures. Some of my longer journeys include the epic European Inter-rail trip which took in twelve countries across north, east and southern Europe; my incredible journey through seven countries of the Western Balkans by bus; my odyssey along the Silk Road in Central Asia including Kasakhstan, Kyrgyzstan, Uzbekistan and Tajikistan; my triple country jaunt around Southern Africa, which included South Africa, Lesotho and Swaziland and, more recently, my journey around Southeast Asia, taking in Thailand, Cambodia and Laos.

Travel is about sights but also about experiences. I have camped overnight in the desert in Jordan; ridden an elephant on safari in India; climbed and abseiled down a glacier in Iceland; white-water rafted through Bosnia & Herzegovina and Montenegro; floated in the salty waters of the Dead Sea in the Palestinian-controlled West Bank; got up close and personal with rescued orang-utans in a Borneo rainforest; been an English as a Foreign Language teacher to teenagers in Spain; been on an African game drive in search of the Big Five beasts in South Africa, eaten lunch with nomads on the top of a mountain in Armenia and clambered over active mud volcanoes in Azerbaijan.

I've also slept overnight in a yurt on top of a mountain plateau 3016m above sea level in Kyrgyzstan; showered in the cascades of a waterfall in Laos and in Cuba; been dolphin watching in the Arabian Gulf; climbed the Sydney Harbour Bridge in Australia on my birthday; camel trekked through a desert in southern Jordan, drifted high above the ancient pagoda plain of Bagan, Burma, in a hot air balloon at daybreak on New Year's Eve; filmed incredible underwater creatures while snorkelling through a coral reef in Fiji, walked several kilometres of the Great Wall of China on a cold winter's morning, and swum with sea turtles and thousands of sardines in the Philippines.

I derive great satisfaction from having been to some of the less frequented places out there; some elicit complete bafflement or just concern from the people that I tell. These are the kind of places most of my fellow countrymen would choose not to visit. I have a taste for the unusual and an inherent distaste for tourist honey traps. I've visited communist countries, emirates, unrecognised states, sultanates, police states, full-blown military dictatorships, and some of the newest countries on the planet.

Some of my more unconventional travel experiences have seen me technically stepping foot into North Korea through the infamous blue Armistice meeting room in the Demilitarised Zone whilst under the care of the United Nations; illegally entering an abandoned communist headquarters in the shape of a giant flying saucer 1441m up in the Central Balkan Mountains in Bulgaria; beholding Joseph Stalin's eerie death mask in his hometown of Gori in eastern Georgia; spending New Year in the capital city of the last dictatorship left in Europe in Belarus, as well as travelling to a country which doesn't even exist - the renegade breakaway state of Transnistria bordering Moldova.

As I attest often on this site, I travel to witness and I travel to learn. I've walked through the stained torture chambers and beheld stacked human skulls in Cambodia's infamous Killing Fields on New Year's Day; wandered among the watchtowers, barbed wire and gloomy red brick buildings of the Auschwitz-Birkenau concentration camp in central Poland; and clambered through the dimly-lit wartime survival tunnels running under Sarajevo, dug by the army during the Balkans Conflict of the 1990s, in Bosnia-Herzegovina.

a new life in australia

With the prospect of the next few decades stretching out before me like an uninspiring concrete pavement and the words "more of the same" chalked tauntingly in large banal letters, I felt it was time to re-evaluate my life. It was now or never. So in 2016, and after a gruelling bureaucratic process, I packed up my whole world and moved from a rain-soaked part of England to a giant sunburnt country in the bottom right-hand corner of the globe.

Since emigrating I've travelled around a not-insignificant slice of Regional and Outback Australia, having now been to all eight Australian States and Territories. I've snapped an obligatory selfie with the smiling Quokka on Rottnest Island in Western Australia, climbed Cradle Mountain in northern Tasmania on Christmas Day, been whale watching out in the Pacific, appeared three times (briefly) on Australian television, been kayaking under Sydney Harbour's iconic bridge at sunrise, beheld the magical Uluru at dusk, sandboarded down giant dunes on Kangaroo Island in South Australia, and snorkelled the Great Barrier Reef in tropical far north Queensland. I've also developed a new-found love for hiking and the outdoors, having conquered six of Australia's toughest mountains, including the wonderful Warrumbungles (NSW), the strenuous Rawnsley Bluff (SA), the awesome Didthul Mountain (NSW), the iconic Cradle Mountain (TAS), the challenging Mount Sorrow (QLD) and the highest of them all: Mount Kosciusko (NSW).

In 2020 I embarked upon the metaphorical journey of Australian citizenship and in August 2021 I became a full citizen of Australia in a ceremony hosted by the Lord Mayor of Sydney. I'm now officially a British-Australian.

Q: What is your favourite country?
A: I get asked this question the most and can never answer it succinctly. I start off with three or four in the hope of narrowing it down from there but then end up with a longer list. The truth is, I've found something to like and love in nearly every country I've been to. Then again, I suppose that's the way it should be, shouldn't it?

Q: How do you find the time to do all this travelling?
A: I travel during the school holidays and pretty much any slab of time is up for grabs. I have, on many occasions, chosen to squeeze in more than one trip by shortening the first; this means my itineraries are pretty jam packed. Things have become a little harder since moving to Australia as pretty much every flight is inevitably long-haul.

Q: How can you afford to travel so much?
A: I live quite frugally when I'm not travelling. I also spend far less time travelling than others might. Whilst some stay for two weeks, I'll stay for just one. This helps to keep my costs down. I sleep in mid-range hotels or homestays, organise my trips independently from scratch and only hire a guide when absolutely necessary.

Q: Do you want to visit every country in the world?
A: Who wouldn't! However, I'm not engaged in a purely numerical quest despite what the country counters on this site may suggest. Travel shouldn't be a competition. There are countries I'm desperate to get to and others I'm far less fussed about.

Q: So, where are you going next?
A: Due to ongoing world events affecting international travel, my plans have been put on hold until further notice. I'm looking forward to travelling the world again very soon - whenever that may be. I certainly have a very healthy list of destinations building up in my mind. I'm hoping to resume my travels in Asia as well as make it to my first country in South America soon. In the intervening period I've been exploring the giant sunburnt continent of Australia and all that it has to offer. I'm certainly blessed to have been limited to domestic travel in such an incredible land.

My Travel Chronicles are the leading pages of the site. They avoid the reductionist format of many travel sites which turn travel writing into listicles and top tens. Instead, I've opted for a detailed written piece supported by carefully curated photographs. This, I feel, helps to capture a more comprehensive sense of place. Countries visited more than once have been given their own menu page and journeys which have involved more than one country have been kept together on the same page to preserve a sense of the journey undertaken in its entirety.

My Blogs bring together three awesome strands of my travel life. The Adventure Travel Blog compiles those adventurous experiences in foreign lands which have taken me out of my comfort zone, The Australia Blog tracks the highs and lows of my new life Down Under and The World Wonders Blog chronicles my ongoing quest to photograph the undisputed icons in world travel.

My Media page brings together those proud moments when my photography has featured in printed and online publications, including Lonely Planet.

All photographic, visual and written content is original to this site and has been created by me. It is copyright protected. Please read my Terms & Conditions. 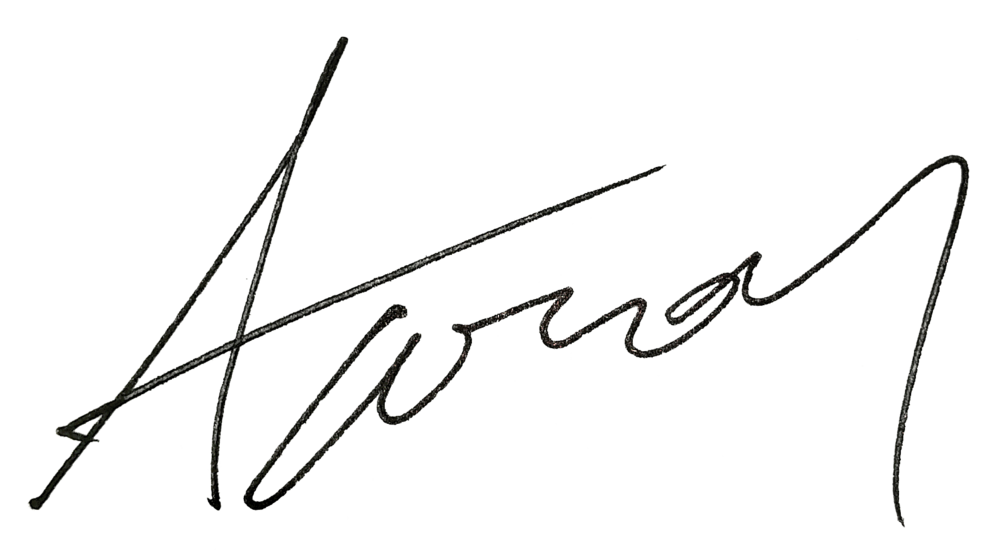 Enjoy your journey around my site. I hope it's a destination to which you'll return often.
agmtraveller.com

“Sal, we gotta go and never stop going 'till we get there.""Where we going, man?""I don't know but we gotta go.”

Jack Kerouac, On the Road