Where: Mount Snowdon, Snowdonia National Park. Wales, United Kingdom. Europe.
When: August 2010
How: The Pyg Track on the ascent, the Miners' Path on the descent.
With: Bottles of water (of course), backpack, camera with panoramic function and route map.
What: Llyn Lldaw, Pen-y-Pass, Reaching the Snowdon Summit, Snowdon Mountain Railway.
Distance & altitude: 12 kilometres with a total altitude of 1085 metres and elevation gain of 723 metres.
Country counter: +1 country
Illnesses or mishaps: Nothing more than sore ankles and aching tendons. 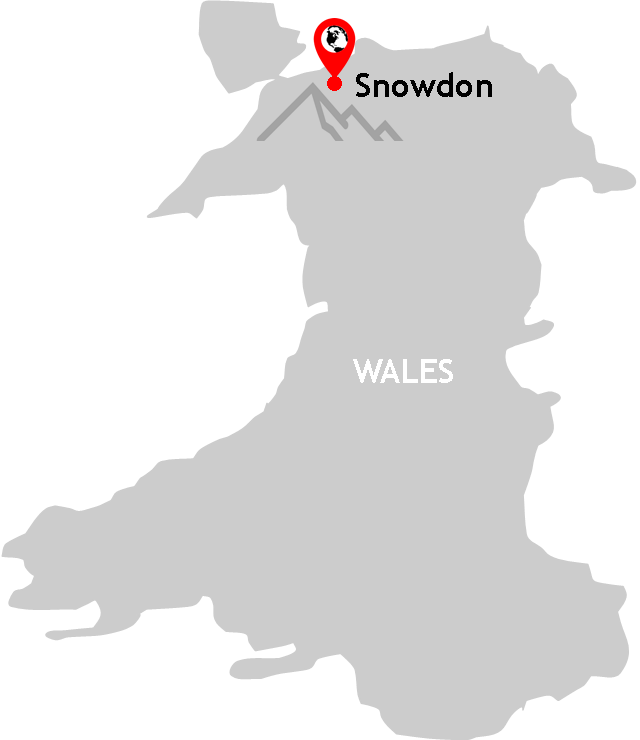 I had made it to the summit of Mount Snowdon a year earlier in 2011 using the Snowdon Mountain Railway. The weather was truly atrocious: lashing rain and high winds with temperatures that certainly felt like they were close to zero. Any person wishing to ascend the jagged edges of Mount Snowdon on this particular October day would sensibly take the railway. As we chugged along inside the cold cabin, with condensation running down the windows, we did spot some maniacs braving the elements. Whilst glad to have taken the easy option, and not really having travelled to Wales that weekend with the gear nor the intention, I vowed to do my sense of self-worth a power of good by returning one day to journey to the top of Snowdon the proper way.

Less than a year later I returned to claim the mantle of having climbed Snowdon; at 1085 metres high it is the tallest mountain in England and Wales. It is also one of the United Kingdom's busiest mountains, packed full of novice climbers like me wishing to test their mettle. This means you're likely to share your Edmund Hillary moment with climbers of all shapes, sizes and ages. The English name "Snowdon" comes from the Saxon Snow Dun, meaning "snow hill". More ominously, the Welsh name for Snowdon, "Yr Wyddfa" means "The Tomb" - an etymological fact likely to have the less-experienced climbers out there reconsidering their climb altogether. Aside from the company of thousands of other climbers scrabbling on rocks and posing for photographs all around you, your journey up and down Snowdon is punctuated by a series of perfectly still, and beautifully blue, llyns - or lakes in English. Leaving from Pen-y-Pass to follow the Pyg Track, we passed no less than four lakes, the most special of which was Llyn Llydaw. In fact, the scenery is so special in places, with peaks, lakes and other geographical features all interacting in a kind of landscape kaleidoscope, that our seven hour trek (up and own) was extended as photography became positively obligatory. Having made many trips to the "Land of the Red Dragon", from Anglesey in the north to Cardiff in the south, climbing Mount Snowdon was undoubtedly the peak, metaphorically but of course also literally, of my time in Cymru. 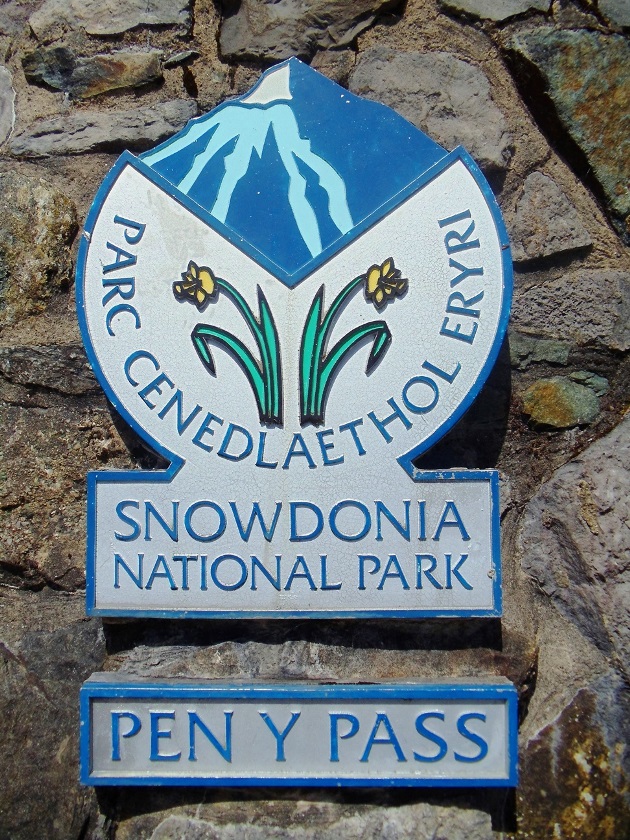 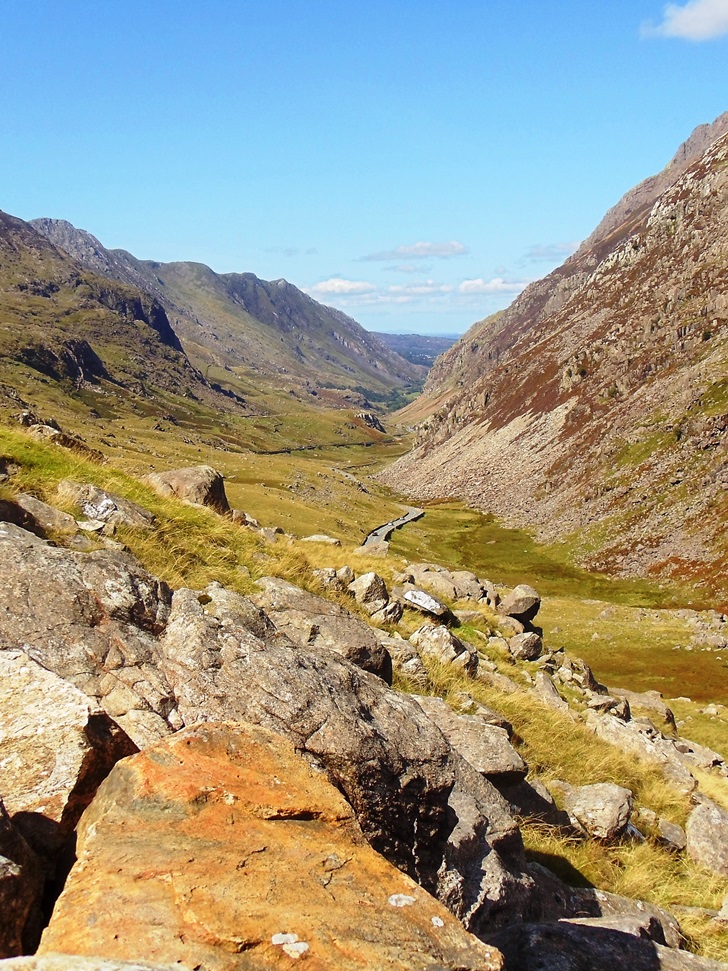 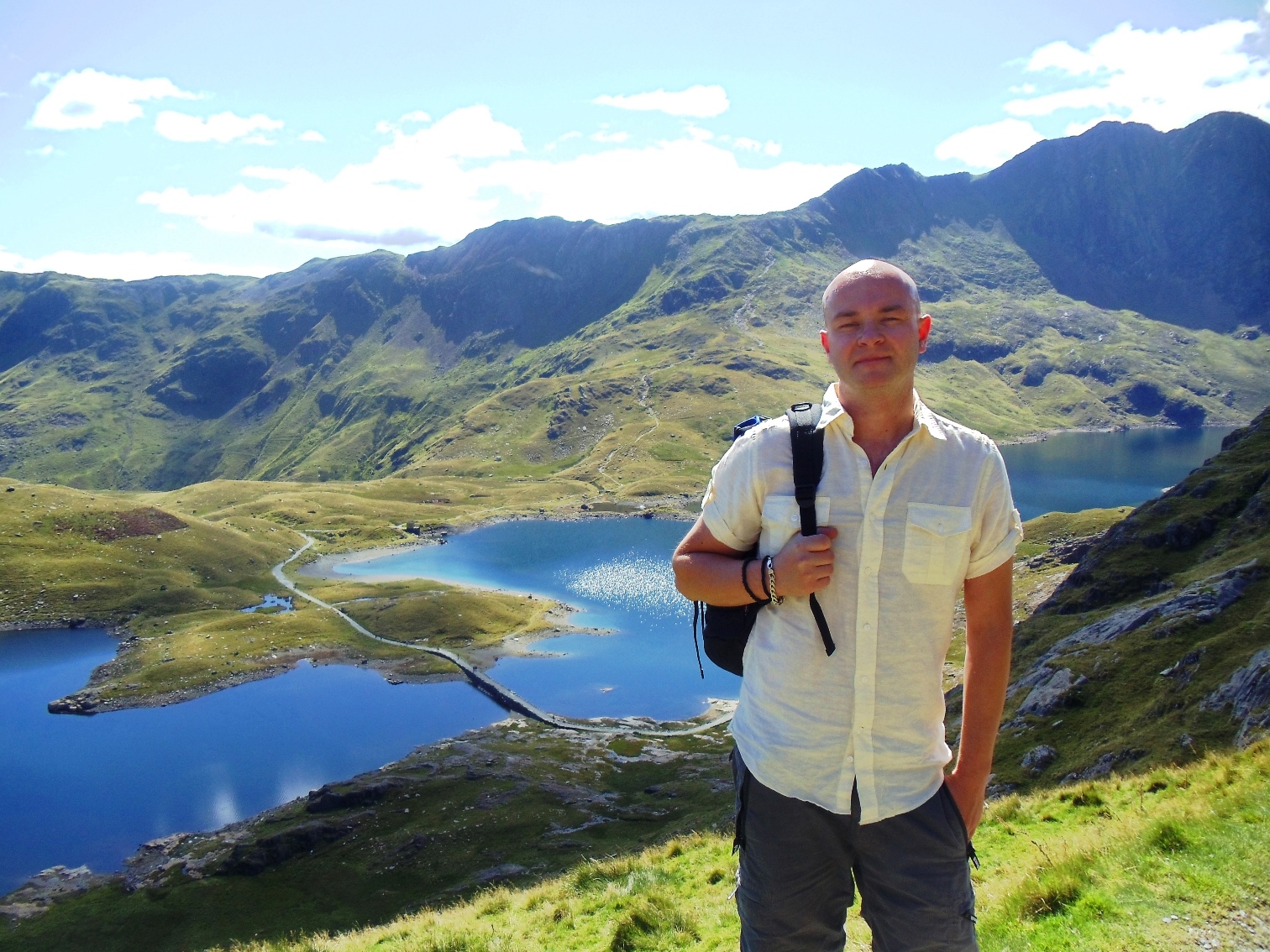 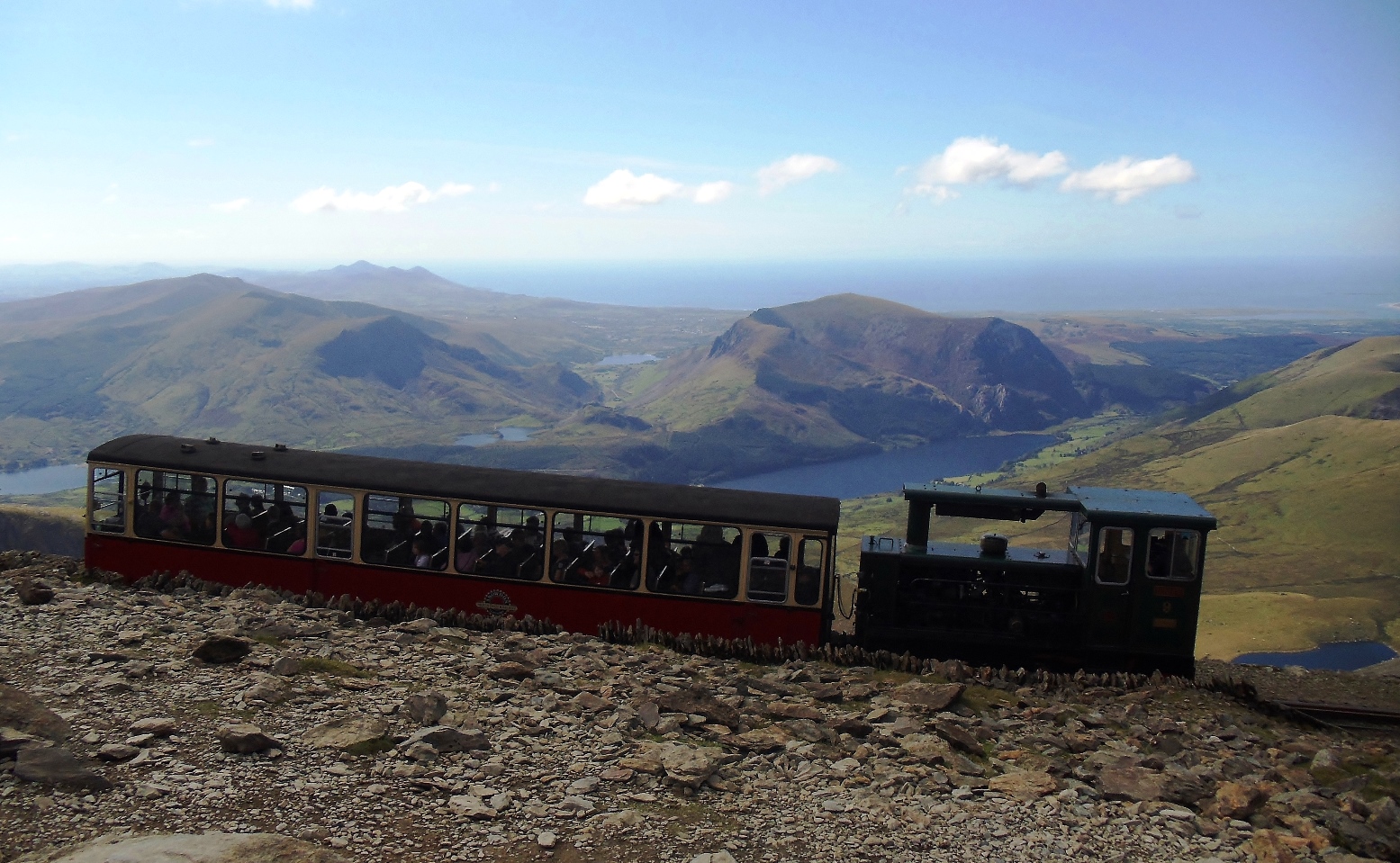 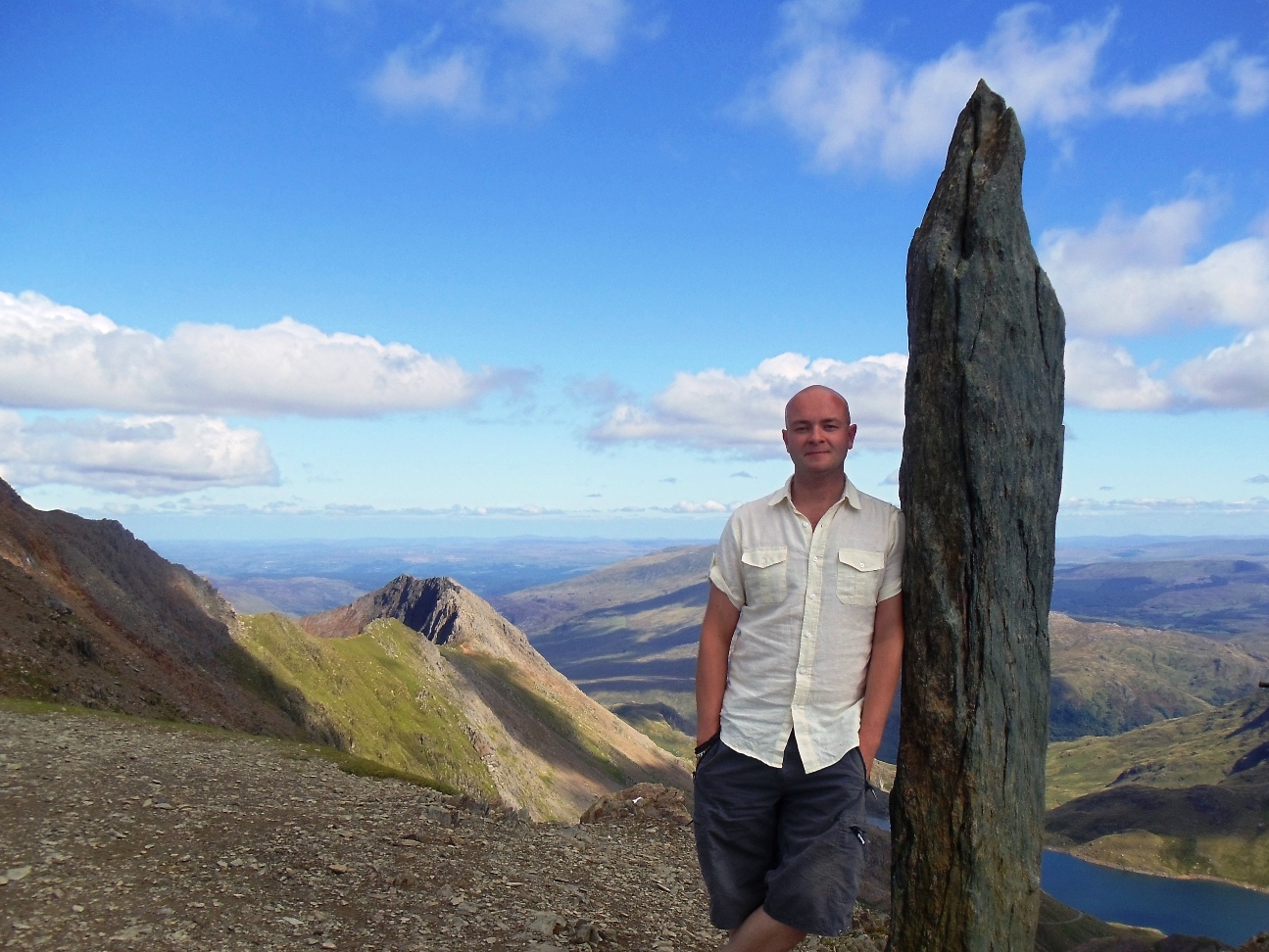 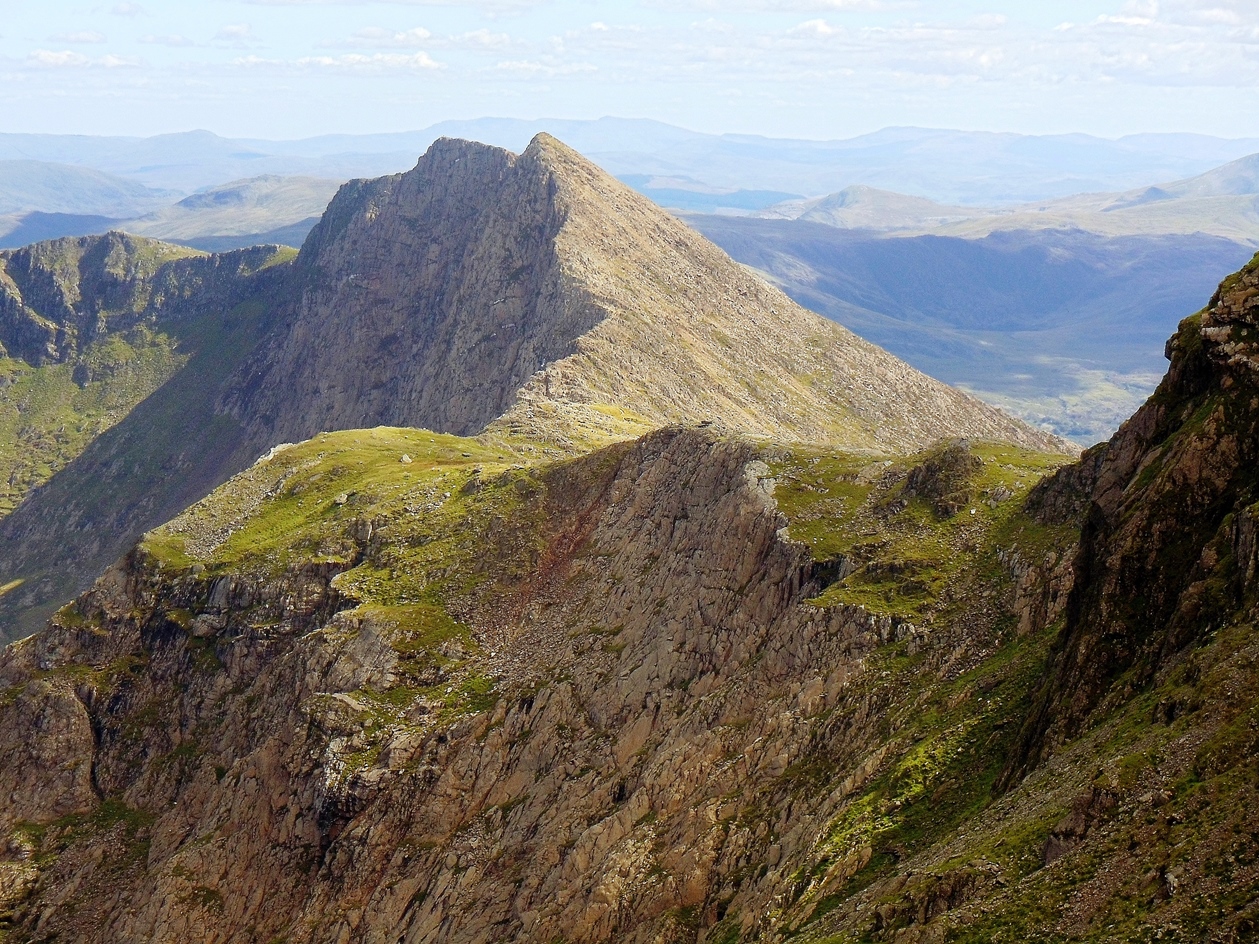 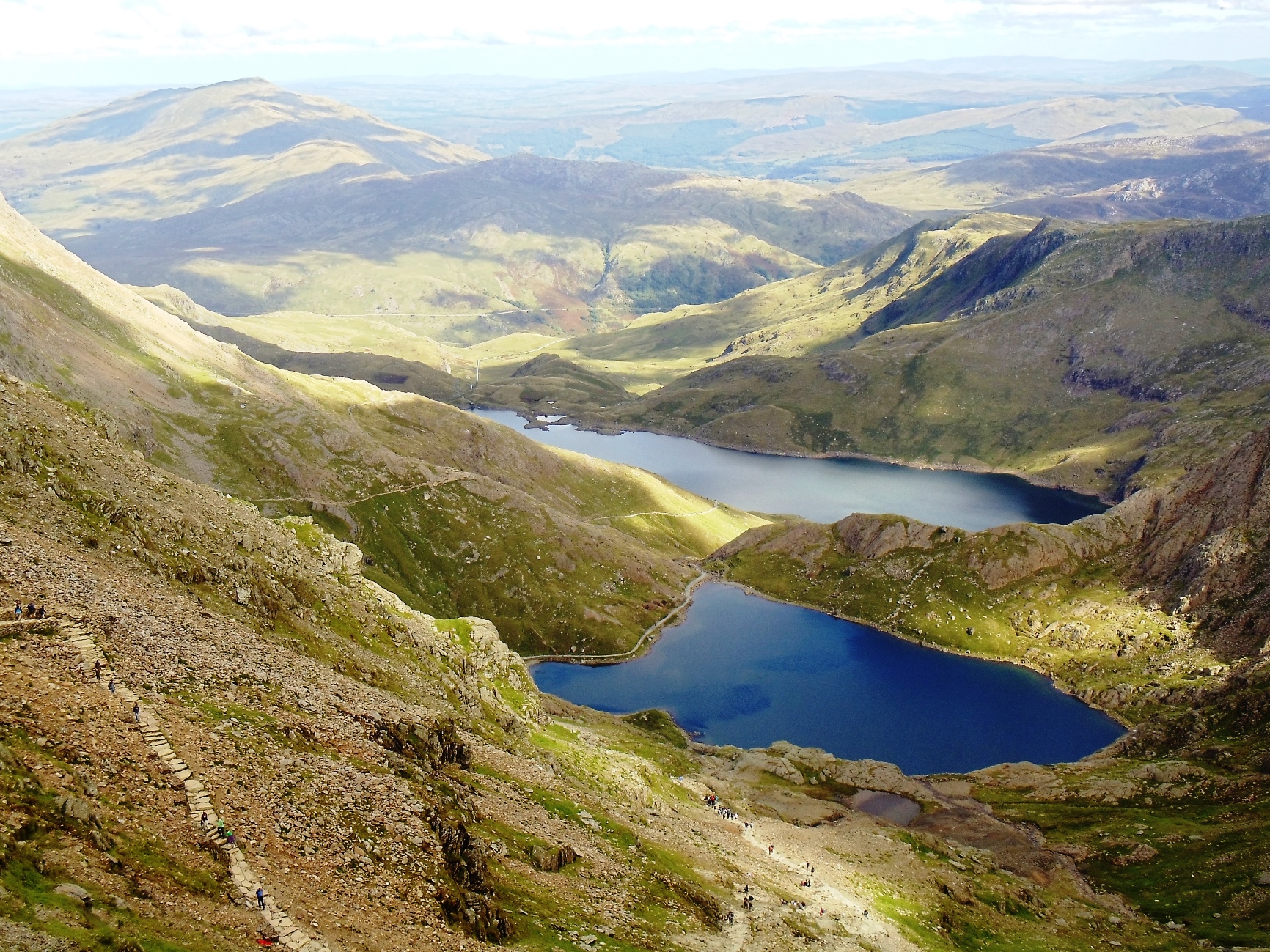 The unsurpassed view down to Glaslyn and on towards Llyn Llydaw.